Two Indian girls found hung from a tree in May "committed suicide" and were not gang-raped and murdered, federal investigators have concluded. Authorities said their motive was "shame over a relationship with a boy." 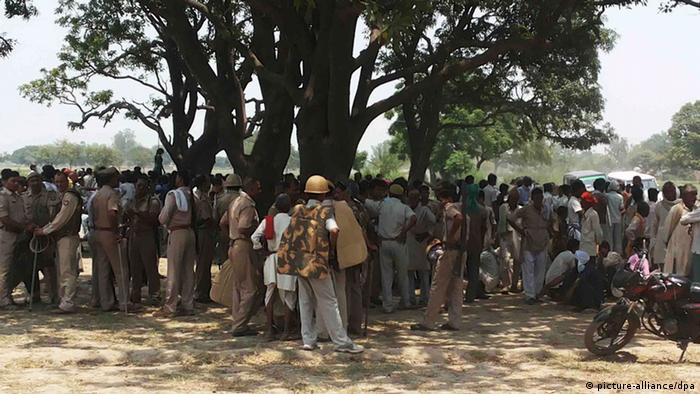 India's federal investigators said on Thursday that two girls who were found hanging from a tree in May committed suicide and were not gang-raped and murdered as previously thought.

Following months of investigation, the Central Bureau of Investigation (CBI) said it had "concluded that it is a case of suicide."

"Based on 40 scientific reports, CBI has concluded that the two minor girls had not been raped and murdered as had been alleged in the [initial police report]," the agency said in a statement.

Earlier on Thursday, The Hindustan Times quoted a CBI spokeswoman as saying the girls took their own lives "because of shame over a relationship with a boy." She said medical reports ruled out any sexual assault, and the parents of the girls had filed a false police report of rape and murder.

The CBI will now hand over its findings to a court, which will decide whether to prosecute the girls' families for filing a false police complaint, she said.

The bodies of the 14- and 15-year-old victims, who were also cousins, were found hanging from a mango tree in Uttar Pradesh's Budaun district in northern India on May 28. According to initial police reports, the girls went missing after going into the fields because there was no toilet in their home, according to police.

The girls' deaths highlighted India's ongoing struggle with sexual violence and caused public outrage at the end of May, with many villagers protesting against the police inaction when the girls were discovered and initially preventing their bodies from being cut down. 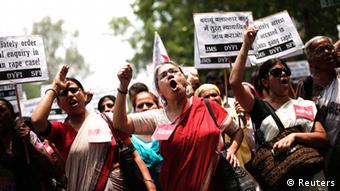 The girls' deaths prompted huge protests in May and June

Rape and murder charges were previously filed against three men after an earlier autopsy revealed the victims had been raped and died of asphyxiation. The men were later released on bail in September.

'Brushed under the carpet'

Women's rights activists remained skeptical about the CBI's conclusions on Thursday and urged authorities to reinvestigate. "It must be taken seriously; decisions should not be taken in haste. The CBI should revisit its report and culprits must be punished," Delhi Commission for Women chairwoman Barkha Shukla told reporters.

Members of the girls' village accused investigators of trying to "brush the case under the carpet."

"They are just trying to hide the real truth because they don't want to take pains to find out who killed them and why," neighbor Premwati Devi told AFP news agency.

Women's safety in India has been in the international spotlight since the gang-rape and murder of a 23-year-old student on a moving bus in New Delhi in 2012 - an incident that drew international condemnation and led to the introduction of stricter rape laws.