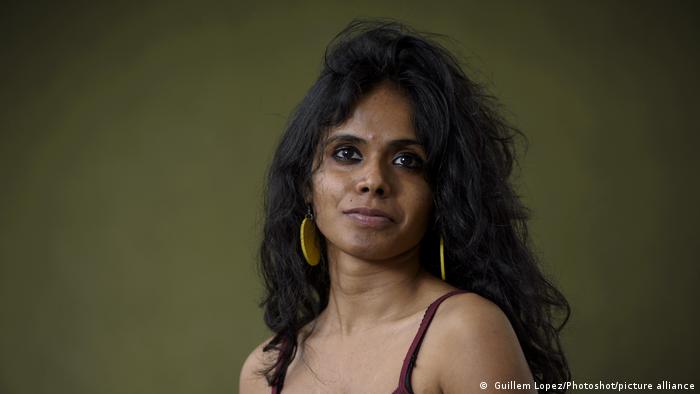 The PEN Center in Germany's Darmstadt announced the winners of the Hermann Kesten Prize on Monday, September 19. This year's award goes to Meena Kandasamy, an Indian author and poet, whose books include "The Gypsy Goddess," (2014) and "When I Hit You: Or, A Portrait of the Writer as a Young Wife" (2017). She has also published anthologies of her poems, most notably "Ms Militancy" (2010) and "#ThisPoemWillProvokeYou and Other Poems" (2015).

"Honestly, I am not sure how to process it," Kandasamy told DW in a statement shortly after she heard she had won the award. "Previous recipients include Günter Grass and Harold Pinter, and the weight of what this prize means is actually still sinking in,” she said, adding that she viewed this prize "not only as an affirmation of what I have done, but of the historical responsibility that we all have as progressive writers and artists in India today." 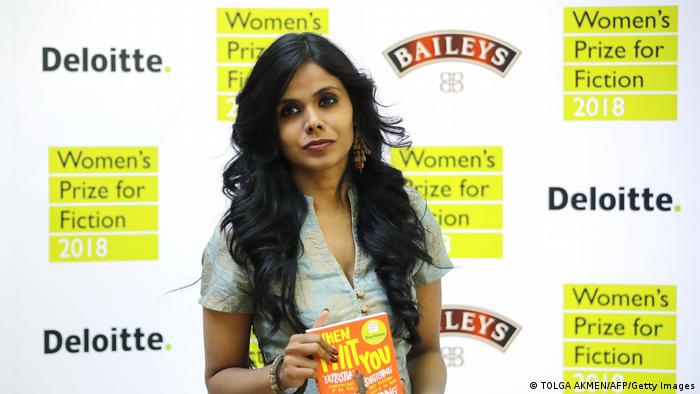 Kandasamy was shortlisted for the Women's Prize for Fiction in 2018

Vice-president of the German PEN Center, Cornelia Zetzsche, called Kandasamy "a fearless fighter for democracy and human rights, for the free word and against the suppression of landless people, minorities and Dalits in India: not a 'Ms. Pleasant' but more of a 'Ms. Militancy,' like the title of one of her books." Zetsche was referring to Kandasamy's 2011 book of poems titled "Ms Militancy."

"With empathy, analytical precision and literary fervor, she [Kandasamy] goes through patriarchal, feudal structures and identifies in speeches and writings, violence against women, consequences of unbridled capitalism and the massacre of farmers in southern India," Zetzsche added.

The Art and Culture Minister Angela Dorn of the state of Hesse, which sponsors the prize, also lauded the Indian author, saying Kandasamy rebelled in her books against inequality and repression. "She gives victims of violence a voice and always speaks up when intellectuals, dissidents and academics face distress."

Standing up for the persecuted

Kandasamy was born in 1984 in Chennai to parents who were university professors. She has been writing poetry since she was a teenager and calls herself an "anti-caste activist, poet, novelist and translator." According to her website, her writing aims to deconstruct trauma and violence, while spotlighting the militant resistance against caste, gender and ethnic oppression.

Kandasamy's novels have been shortlisted for the Women's Prize for Fiction, the International Dylan Thomas Prize and the Hindu Literary Prize. This year, she was elected as a Fellow of the Royal Society of Literature (RSL) of the United Kingdom. She also released a collection of essays in 2021 titled "The Orders Were to Rape You: Tamil Tigresses in the Eelam Struggle."

Kandasamy has been vocal about the repression of authors in India, including Telugu poet Varavara Rao, who had been arrested in 2018 for allegedly inciting caste-based violence. She also spoke in support of GN Saibaba, poet and professor at Delhi University, who is in prison for his alleged ties with left-wing organizations.

The PEN Center, Germany, will present the award to the Indian author at a ceremony in Darmstadt on November 15 this year. The winner will receive an amount of €20,000 ($19,996) as prize money. This year, the PEN Center is also honoring the website "Weiter Schreiben" (German for "Keep writing") with a special award for encouragement, for giving authors in exile and writers from conflict zones a platform to express their thoughts.

The Hermann Kesten Prize honors personalities, who in the spirit of the charter of the PEN association, stand up for the rights of persecuted authors and journalists. Previous awardees include Günter Grass, Anna Politkowskaya, Liu Xiaobo, Harold Pinter and Can Dündar.