India to launch Goods and Services Tax (GST); its biggest ever fiscal reform

India is getting ready for its most ambitious tax reform in decades but not everyone is happy about the changes. The Goods and Services Tax (GST) is intended to draw millions of firms into the fiscal net. 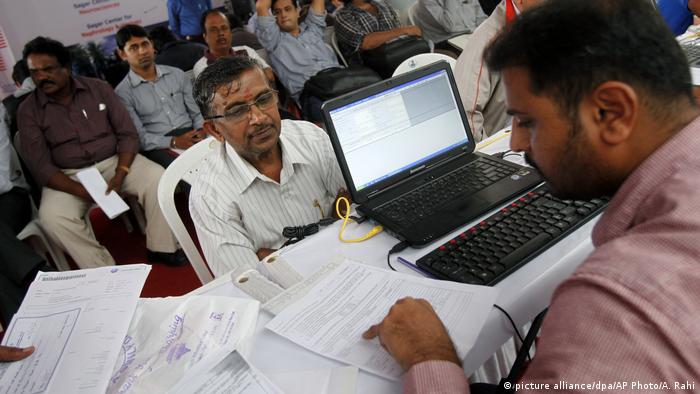 A new study shows that even average German earners give up half of their income to the state. There are calls for tax reform from socialists and taxpayers' organizations, but the German government won't budge - yet. (18.04.2017)

Opinion: Tanzanians need to reform taxation and embrace it

The Tanzanian government has promised to ensure that Dodoma becomes the nation's fully-fledged capital by 2020. There is no better time to reform the tax system, says Anaclet Rwegayura. (03.05.2017)

Many Americans voted for Trump after the business mogul promised to lower the taxes. Now the President wants to keep his promise. DW's Miodrag Soric doesn't believe he can do it. (27.04.2017)

The long-awaited Goods and Services Tax (GST) is set to be introduced on Saturday, transforming India's fragmented fiscal structure into a single entity for the first time. It is the country's biggest tax reform in the 70 years since India gained independence from British colonial rule.

The new tax will require firms to upload their invoices every month to a portal that will match them with those of their suppliers or vendors.

The Indian government promises the new system will simplify trade by replacing more than a dozen levies with one tax and will help combat corruption and enrich state coffers by moving the informal economy into the digital era.

With India so far having one of the lowest tax-to-GDP ratios in the world, the government expects that the changes will have a significant impact on tax compliance and collection.

The GST measures took more than a decade to get through parliament, with political disagreement resulting in the creation of four tax rates instead of a single one, as had been originally envisioned.

A streamlined yet complex system

While the changes are generally regarded as necessary, there are signs that the transition could be a rocky one. Many businesses have complained that they felt ill-prepared for joining the new system.

There have been strikes in some Industries as business people have suddenly discovered their products will be elevated to a higher tax bracket, while others are facing an avalanche of paperwork..

Certain industries such as textiles and logistics have been particularly hit by the changes, while many small businesses complain that they still are unaware how to implement the new measures.

So far, more than three-quarters of the 8.1 million firms registered with the federal and state tax departments have enrolled with the GST Network, resulting in a massive IT overload. The Network will be in charge of processing up to 5 billion invoices a month.

The new matching system for businesses with their suppliers or vendors will affect many who previously had avoided their taxes. 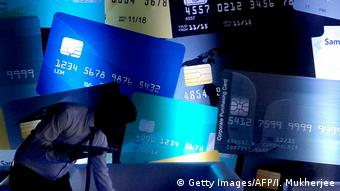 All but the smallest of businesses will be required to declare their earnings online in an effort to broaden India's tax base while digitizing the country's economy and reducing the extent of the cash economy.

Logging tax information online presents its own set of challenges in India where most small and informal businesses do not use computers or have access to the internet, according to India's trade associations.

Indian Finance Minister Arun Jaitley has given a two month grace period for businesses to file late returns during the switch over to GST. The government has also trained 60,000 tax bureaucrats to help deal with the transition.

But some commentators say that this is not enough time to guarantee a smooth transition. Praveen Khandelwal, Secretary General of the Confederation of All India Traders, said that in order to have a "seamless implementation of the law, the government should relax rules against traders for procedural lapses for six to nine months."

A major media campaign has also been launched by the government to create awareness of the new system, with dedicated telephone help lines set up.

No tax on some 'bare necessities'

While many basic staples like fresh vegetables and milk have been exempted from tax, along with some less obvious items like temple offerings, the national flag and human hair, so-called "sin" goods like tobacco will be slapped with extra levies.

India's individual states will still be allowed to separately tax some products including alcohol, petrol and aviation fuel.