India plans biometric IDs for all its 1.16 billion citizens | News and current affairs from Germany and around the world | DW | 29.07.2009

India plans biometric IDs for all its 1.16 billion citizens

India is undertaking an ambitious plan to provide identification cards to all its citizens to tackle poverty and fight terrorism. Given India's population, the ID plan will be one of the world's biggest IT projects. 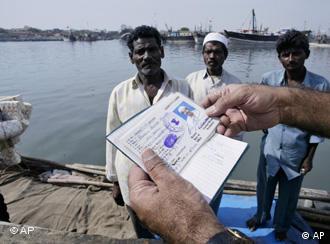 Right now, India has a patchwork of local IDs

The plan, which is being called "humongous" and "mind-boggling" by even those closely involved, aims to give each of India's 1.16 billion people a biometric ID card - this in a country where many rural and poor people have no documentation whatsoever to prove their identities.

But government officials say within three years, Indian citizens will each carry a plastic card with a computer chip containing personal data and proof of identity, such as a fingerprint or iris scan.

Others say four or more years is more realistic, but most agree that the ID could improve the lives of many, especially India's disadvantaged, by cutting down on the fraud that often steers cash meant for the poor and rural communities into the pockets of corrupt officials. 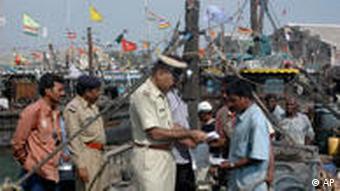 One of the goals of the project is to increase security, especially after the Mumbai terror attacks

"Then every individual, like in any developed country, becomes part of a national registry and the data is available to authorities whether he goes to apply for a job or apply for subsidized food assistance," said Naimur Rahman, director of One World, a Delhi-based NGO that works on rural and poverty issues.

The issue of identification in India is a tangled one. There are some 20 forms of ID, ranging from food ration cards to birth certificates to tax documents, and not every ID is accepted by every office or agency.

To untangle it all, the new ID would be accepted everywhere.

One aim is to bring down fraud, especially when it comes to poverty-reduction programs, which are looked upon with skepticism by many since much of the money earmarked for the poor never makes it to them. It's estimated that corruption siphons off as much as 80 percent of anti-poverty funds.

"It will have some impact," said Sharad Magajan of Oxfam India. "Identification is a big problem."

The new plastic card could also help beef up national security and intelligence gathering, high on Indians' minds after last November's terrorist attacks in Mumbai, which killed 179 people. The attacks were carried out by militants from Pakistan.

"One major goal (of the ID project) is about terrorists because the other kinds of ID were easy to forge," said Kamal Chenoy, professor of international studies at Jawaharlal Nehru University in New Delhi. "This would be a more computerized card and would not be so easy to forge."

India has called out the big guns to pull off this huge task, tapping Nandan Nilekani, the 54-year-old founder and former CEO of India's biggest computer services company, Infosys, to head up the effort. Last year, he published a book, "Imagining India: Ideas for the New Century," that looks at a range of issues confronting the country. 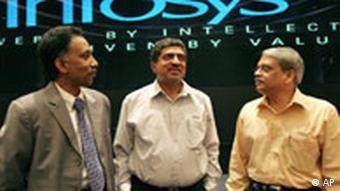 The former CEO of Infosys, Nandan M. Nilekani, center, will head up the ID project

"We have the opportunity to give every Indian citizen, for the first time, a unique identity," he said in an interview with the UK daily The Times. "We can transform the country."

Nilekani stepped down from his CEO position at Infosys two years ago and it is hoped by many that he can bring some of the skills and efficiency of India's private sector into a public sector best known for its slow-moving bureaucracy. Former Microsoft CEO Bill Gates has indicated he would like to be involved in the project as it develops.

While the project has widespread support in India, worries about possible abuse have been voiced. Some say creating one of the world's biggest storehouses of personal information will attract identity thieves. Others worry about more controversial uses of the IDs, like tracking illegal immigrants.

Government up to it?

Chenoy of Nehru University said the "mammoth" task of making accurate IDs for more than one billion people could be beyond the government's ability. He also wondered if poor people with no documentation could face difficulties proving their identities to authorities. 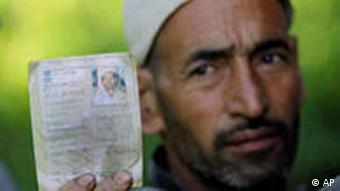 Voter identity cards are one form of ID in India now, but not accepted everywhere

"I don't think is possible without some inconvenience or even distress for poorer parts of the population," he said.

The Indian government has said the first ID cards should be issued within 18 months. But analysts have said it could take three, four or more years from the cards to reach a majority of India's citizens.

One World's Rahman said he was encouraged by the example of Indian national elections that began in April and lasted for one month and were largely praised as running smoothly, despite the logistical challenges they presented. Still, he also expressed doubts about the government's ability to manage the project successfully.

"I don't want to be paranoid," he said. "But with many government schemes, a very good intention ultimately doesn't always get implemented in the right spirit," he said.

Britain has made it compulsory for anyone visiting the country from outside the European Union for more than six months to apply for a biometric photo identity card. (25.11.2008)

US top diplomat Condoleezza Rice has urged Pakistan to cooperate with India on probes into the Mumbai attacks. EU leaders are also closely watching developments in ties between India and Pakistan after the attacks. (04.12.2008)