India is among the countries hardest hit by in the second wave of the COVID-19 pandemic — not only in terms of human life, but also economically. 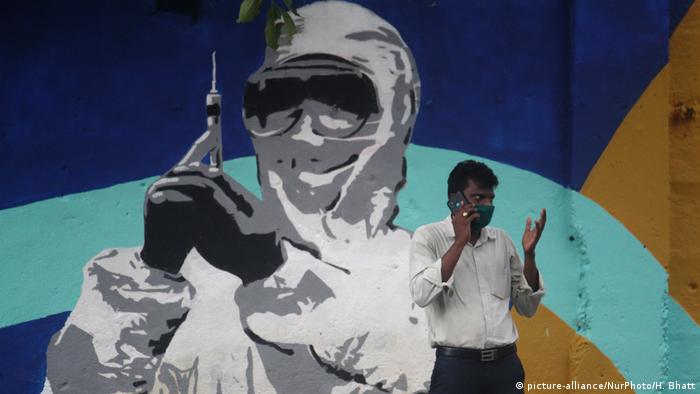 Small business owners in Mumbai are facing bankruptcy during the lockdown

Rakesh Kumar Nayal runs a grocery store in the suburbs of Mumbai, a shop the 55-year-old has been running for the last 18 years.

"The business is down by 25%," he said. "Only those people who have our cellphone numbers place orders with us, others are using online services like Grofers and D-mart. I have five employees and four hours of operations do not justify their salary or our expenses. Sometimes the police also harasses us to shut the shop. We bring our shutters down and do our business in this congested and airless shop. It is very difficult."

Hundreds of retailers in Mumbai, India's financial capital, face similar challenges. Worst hit by the lockdown are stores that deal in non-essential services, as they aren't even allowed to open at all, even for four hours.

The $300-billion-strong (€250 billion) Maharashtra economy went into a weekend lockdown on April 4 with a nighttime curfew, followed by a complete lockdown announced on April 14, in an attempt to control the second wave of the COVID-19 pandemic which is ravaging the country.

The government announced later that only essential services stores will be allowed to open, from 7 a.m. to 11 a.m., which means that all other businesses, including malls, multiplexes, spas, clubs, restaurants, bars and beauty parlors will be completely shut.

Rajesh Tope, the health minister for the state of Maharashtra, recently announced that these restrictions have been extended until May 15, to "break the chain" of the COVID-19 virus. 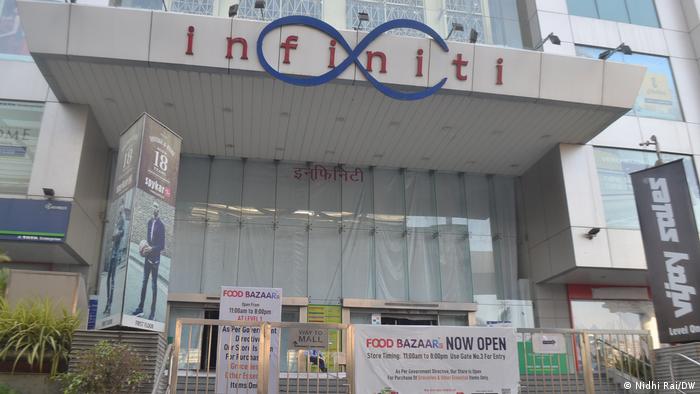 Hotels and shopping malls have been shuttered for months, with little economic relief

Kumar Rajagopalan, CEO of the Retailers Association of India (RAI), believes the government should allow the home delivery of non-essential services to retain some consumption and keep these businesses going.

"Citizens also need non-food items, among other things, on a daily basis and should be able to have access to these needs without hardships," Rajagopalan told DW. "How is the government going to support the non-essential businesses financially?"

Kamal Gianchandani, president of the Multiplex Association of India, wrote a letter to the chief minister of Maharashtra saying that with no revenue coming in for eight months, coupled with the meager revenues accrued in the five months after reopening, the cinema industry was now facing possible bankruptcies.

"The multiplex sector was the hardest hit in the first phase of lockdowns and is again going to be badly impacted in the second phase," Gianchandani said.

Malls and hotels face similar problems. "Almost 35% of hotels and restaurants remain shut in the state due to last year's lockdown," pointed out Pradeep Shetty, senior vice president at the Hotel and Restaurant Association of Western India (HRAWI). "The turnover of the remaining establishments is below 50% against pre-COVID-19 levels. With the latest lockdown order, at least another 30% of restaurants will shut down permanently."

Gurvineet Singh, CEO of the Viviana Mall in Mumbai, said the Maharashtra malls were the last to be opened in the country after the first lockdown, which lasted five months. "We were just recovering from the first wave then the second wave came in. We have never got any help from the government whatsoever," Singh told DW. 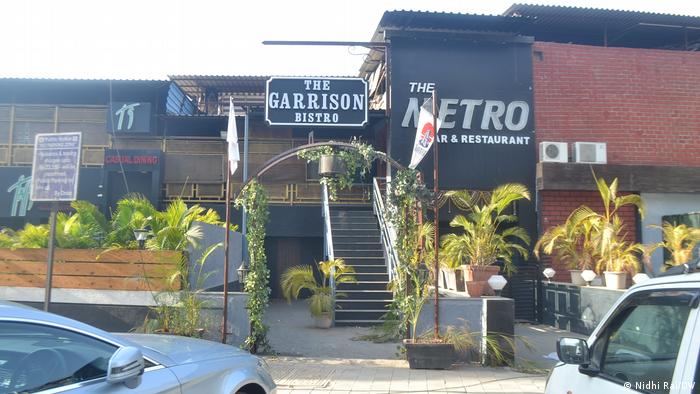 Maharashtra is the richest state in the country, according to its Gross State Domestic Product (GSDP), and represents around 15% of India's total GDP. Mumbai-based rating agency Care Ratings has projected that around $5.4 billion of GDP is being lost in every month of lockdown.

Studying the impact of a probable national lockdown, BofA Securities has published a note written by Indranil Sen Gupta and Aastha Gudwani which says "a month of nationwide lockdown costs 100-200 basis points (bps) (1-2%) of GDP. This poses a 300 bps (3%) risk to our 9% real GDP growth forecast for FY22."

Asia-Pacific Financial Institutions, S&P has also reported that controlling the pandemic remains a key risk for the Indian economy. "The impact of national lockdowns on the economy, depending on their length and scope, could be substantial," the report said.

Nevertheless, following Maharashtra, many states in the country have announced a complete or partial lockdown to contain the virus. For now, it is clear that the revival in the Indian economy has been disrupted by the second wave of the coronavirus. It remains to be seen how the Indian government will tackle the record-breaking caseload surges and the decelerating economy.

The Delhi High Court warned it would take action against the central government if it failed to provide medical oxygen to hospitals across the city. The Delhi administration said it had no reserves.

A German military aircraft delivered a team of medical experts and 120 ventilators to Delhi. India's health care system has become overwhelmed in recent weeks after record numbers of COVID cases were reported.