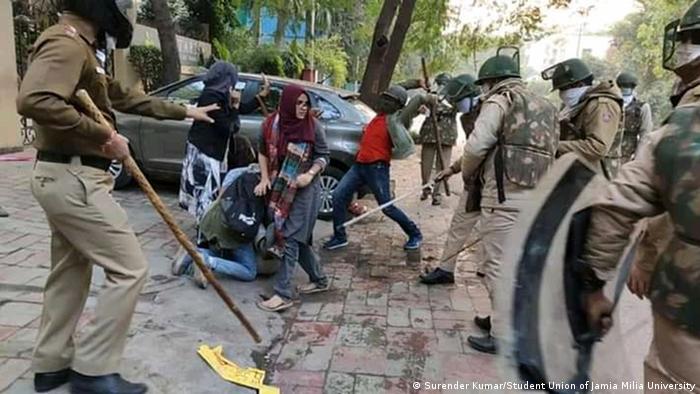 Tensions over a controversial citizenship bill passed by Parliament last week escalated across the country on Monday with more university students taking part in mass protests.

Students protested across several campuses, including Mumbai's Indian Institute of Technology and the Tata Institute of Social Sciences, over the weekend and into Monday. Demonstrations were also planned at Bombay University and in the southern city of Bangalore later in the day.

"The country is burning, the government has made a mockery of the constitution," said D. Raja, a general secretary of the Communist Party of India. 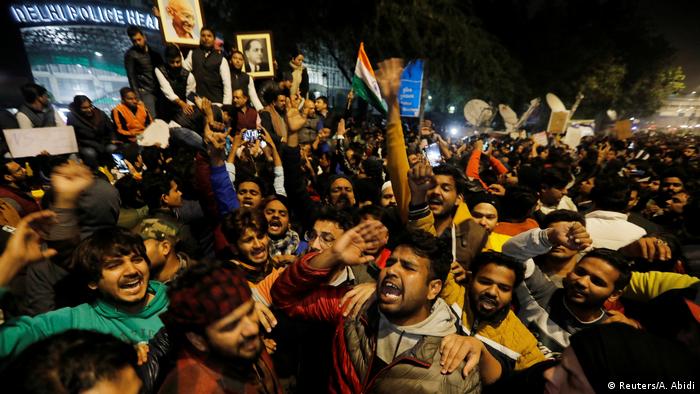 Under the new bill, non-Muslim migrants from three Muslim-majority countries who settled in India before 2015 are eligible for citizenship if they are facing religious persecution.

The religious minorities include Hindus and Christians from Afghanistan, Bangladesh and Pakistan. The proposed legislation notably denies eligibility for Muslims.

Prime Minister Narendra Modi has argued that Muslims from those three countries do not need protection in India, saying the bill is "1,000 percent correct." But activists and opposition lawmakers have criticized it, arguing that it is discriminatory and erodes the foundation of India's constitution.

Such laws "are weapons of mass polarization unleashed by fascists on India," said Rahul Gandhi of the opposition Indian National Congress. "I stand in solidarity with all those protesting peacefully."

Violence was at its peak in the northeastern state of Assam, an ethnically diverse region where at least four people were killed in the violent clashes with police during protests. Mobs had set buildings alight as well as train stations.

Protesters in Assam expressed anger that the bill might enable thousands of immigrants from neighboring Bangladesh, a predominantly Muslim country, to become lawful citizens.

"Culture, language, social identity and political rights of our brothers and sisters from the northeast will remain intact," Shah said.

Hindu nationalist groups in India claim that many mosques and Islamic monuments from the Mughal era were built on sacred Hindu sites. Muslims fear more marginalization as a result of these measures.