For the first time since the 2008 Mumbai terrorist attacks, the Pakistani cricket team starts its first series in India. But the step towards reconciliation is just one among the goose stepping of animosity. 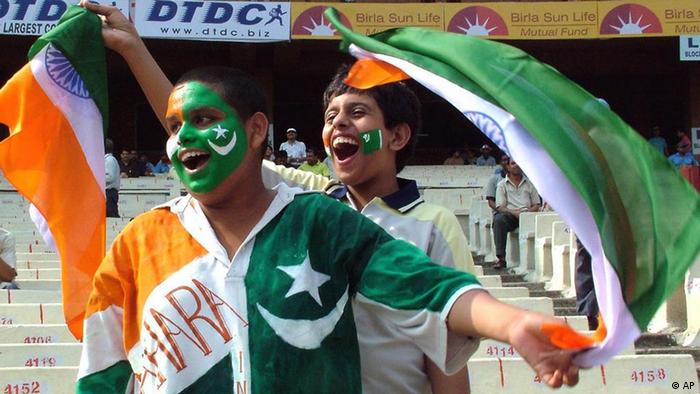 Diplomatic relations between India and Pakistan hit a low following the 2008 Mumbai attacks, which were blamed on a Pakistan-based terrorist group, Lashkar-e-Taiba. Now, for the first time since then, Pakistan commences its first set of friendly cricket matches in India. It is a sign that wounds are healing.

Elsewhere, though, there is evidence that relations between the two countries are complicated. 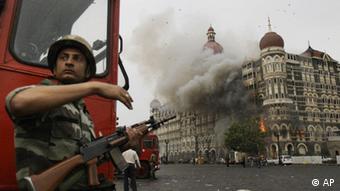 Every day, just before dusk, thousands upon thousands of fans gather on either side of the Indo-Pakistani border to watch their militaries perform an emotional mock ceremony of the closing of the gates at Wagah Border, the only open road link between the two countries.

Wearing large headdresses and colonial-time uniforms, Pakistani and Indian soldiers goose step in orchestrated unison. In a lavish show of contempt, they violently kick their legs and swing their arms. Their faces remain inanimate. Each movement is perfectly synchronized. The ceremony ends with the lowering of both flags and a handshake. And crowds of fans go wild on either side, dancing, cheering and singing.

Both countries share a long history. And each remembers how the 1947 partition of British India led to skirmishes, massacres and wars over power, vanity, religion, territory and water. The common border is a wall behind which lie nuclear weapons.

The ceremony at Wagah is an outlet for nationalists on both sides.

"My country is the biggest and the best in the world and I am proud of my country," says one young man waving an Indian flag, just before the obligatory "death to Pakistan" is shouted out. 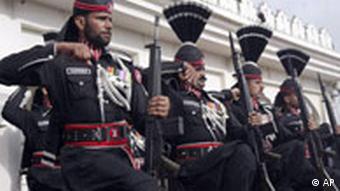 The culture of Indians and Pakistanis are as similar to one another as the uniforms their soldiers wear and the choreographed movements they make at the ceremony.

"This ceremony is to bring awareness among the people of both the countries that unity is better than fighting," one elderly man in the crowd explains. "Basically, most of the hostility takes place on the political front. It is not the people who want enmity with the Pakistani people."

His grandson agrees: "It [Pakistan] is a good country and they are our brothers."

The flags are lowered simultaneously and the soldiers shake hands. Then they slam the border gates shut in unison. The soldiers then turn on their heals and march away. All in perfect harmony. So it goes, day after day, cheered on by thousands upon thousands of onlookers.

Pakistan’s interior minister has offered a message of "peace and love" to Indians as the two nuclear rivals try to build diplomatic bridges. Top of the agenda was the signing of a new visa agreement to ease travel. (14.12.2012)

Mumbai execution may have long-term effects

India has hanged Pakistani national Ajmal Kasab, the sole surviving gunman of the 2008 Mumbai attacks. Pakistani and Indian analysts say that Kasab's execution could have long-term implications for Indo-Pakistani ties. (21.11.2012)