In a referendum that defied the will of politicians and ignored empty state coffers, the people of Potsdam, near Berlin, have decided to rebuild an old Prussian city palace. 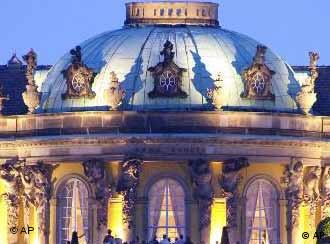 Sanssouci, another castle in Potsdam, is popular among tourists

Potsdamers this week stunned many in this historical town near Berlin as they voted in a referendum to rebuild an old Prussian palace that suffered huge damage in World War II and under the Communist rulers of former East Germany.

Potsdam's Mayor Jan Jacobs said he was stunned by the huge voter turnout of almost 50 percent.

"There were considerably more people casting their votes than, for example, in the last election for the European Parliament," Jacobs said. "This shows that people really wanted to make their voices heard because they care about their city."

Not restored after war damage

The Baroque city palace was built by the famous architect Wenzelslaus von Knobelsdorff, while the Prussian King Frederic II lent a hand in designing its interior. During an Allied bombing raid in 1945, the palace was damaged.

Although 83 percent of the building survived the bombing and could have been rebuilt, the communist leaders in former East German decided to tear it down, allegedly for ideological reasons. 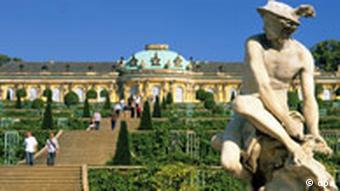 Potsdam is littered with castles and baroque monuments

Ideology apparently also played a decisive role later on in the battle over rebuilding the palace. Potsdam’s strongest political force, the Left Party (the successor to the old East German Communist rulers), twice rejected the plans in the city parliament.

But now some 43 percent of Potsdamers have said yes in a referendum that was to decide from a total of three rebuilding options for the barren heart of the city.

"It’s not what we wanted," said Hans-Jürgen Scharfenberg, the Left Party’s parliamentary leader. "But we’ll respect people’s decisions. Some 43 percent have said they want the palace back which is a result that should make us rethink our position in parliament."

At the end of January, the city parliament will hold a third vote with the Left Party, which is now expected to give the green light.

New design not an exact replica

The city palace is not going to be rebuilt entirely in its old style. Only the building's northern facade will be recreated, with the side wings and the southern facade to be redone in a more modern design. That's due to the fact that the state assembly of Brandenburg, of which Potsdam is the capital, is to move into the palace by 2011.

Despite the partial reconstruction plan and the massive price tag of 85 million euros on the project, Potsdamers seem glad to have their historic center back.

"I think it's great," said one Potsdam resident, who added that she was one of those who voted for the palace simply because it belongs to Potsdam.

Another resident praised the referendum process, saying that it should also be used to decide other important issues in the city.

Those in favor of rebuilding the palace may have been swayed by the fact that the famous Fortuna Gate of the palace was reconstructed four years ago, funded by wealthy Potsdamers.

Now all of the palace supporters are called on to put their money where their mouths are because much of the building costs will be funded by private donations.

The capital of Brandenburg has waited a long time for a theater of its own. But not everyone is convinced yet about Gottfried Böhm's new Hans Otto Theater, which opens Friday. (22.09.2006)

The restored Green Vault at Dresden's Royal Palace, one of Germany's most celebrated museums, was unveiled more than 60 years after World War II bombs reduced it to rubble. (11.09.2006)

Central European nobility struggling to regain palaces and property seized by the communists after World War II face an uphill battle. For many, the campaign ends in defeat. (29.07.2006)