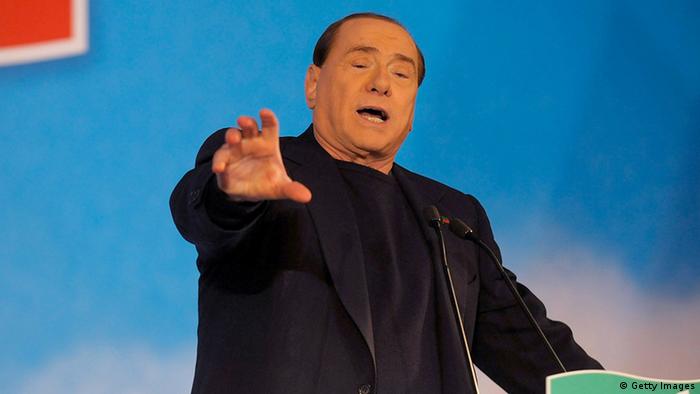 On Friday, a court began hearing the appeal of 77-year-old Silvio Berlusconi, who has challenged his conviction for soliciting sex from a minor. Should his appeal be rejected, the billionaire could lose his eligibility for community service and find himself under house arrest.

The three-time premier has repeatedly denied having sex in 2010 with the then-17-year-old exotic dancer "Ruby the Heart Stealer," the stage name of Karima El-Mahroug. She was hired to perform at parties that witnesses said featured nudity and dancers dressed as nuns.

During the first trial, Mahroug testified that she had received 2,000 to 3,000 euros per night to work at the "bunga bunga" parties in a discotheque at Berlusconi's villa, but she denied having sex with the media tycoon, who claims he hosted "normal dinner parties" followed by "burlesque contests."

Berlusconi attempted to call an all-star international cast to testify in his defense in a case that has called attention to a deep gender gap in Italy.

The media mogul dropped the lawyers who defended him in his original trial after they became caught up in a witness corruption probe launched amid allegations of bribes paid to women taking the stand in his defense. Authorities have placed 45 people under investigation, including Berlusconi, his lawyers, Mahroug and several other young women.

In the previous trial, the court also found Berlusconi guilty of abusing his powers by having an aide call a police station to press for Mahroug's release from custody after authorities had arrested her on suspicion of theft. Berlusconi's defense had claimed that at the time he believed Mahroug was the niece of former Egyptian President Hosni Mubarak and wanted to avoid a diplomatic incident, but prosecutors insisted that he had intervened in a bid to conceal their relationship.

The court suspended Berlusconi's punishment - a seven-year prison sentence and lifetime ban from holding public office - during the appeals process, which should wrap up by September or October, after which the case will likely to go to Italy's highest court, according to media reports.

Berlusconi did not appear in court on Friday because he was performing court ordered community service in a hospice for Alzheimer's patients. He started the community service after losing his 2013 appeal against a conviction for tax fraud.