In Israeli election, it's 'guns vs. butter'

As Israelis head to the polls, many are more concerned with paying the rent than the threat from Iran. And that could cost premier Benjamin Netanyahu the election, economist Paul Rivlin of Tel Aviv University tells DW. 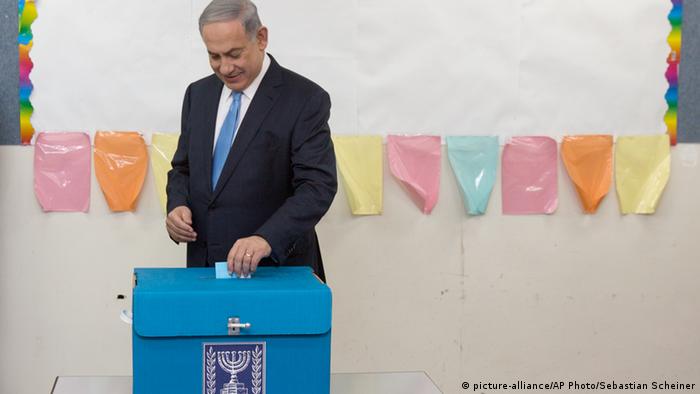 DW: Mr. Rivlin, what is the biggest worry on Israelis' minds as they go to the polls?

Paul Rivlin: The main issue here is economic well-being. It's anxiety over the cost of living, and the fact that for many, many people, things are very tough.

The economy has performed well, but many feel they're not benefiting from this. We haven't had the economic problems that Europe has experienced with slow growth and high unemployment, but it's still very difficult - especially in the housing market and for young couples trying to start off and have a family.

There's also quite a lot of poverty, the figures show. But what's new since the big demonstrations in 2011 is - something that Israel shares with quite a lot of other countries - that the middle class has joined the poor in feeling pressured.

Could you say that the Israeli equivalent of the American Dream is now beyond reach?

I'm not sure that there's quite such a dream. Here, life is always surrounding security issues, so there isn't the same expectation of "making it" as there is in America. But even then Israelis ask themselves, "Why can't we find a place to live at a reasonable cost? Why is the price of food so high?" Many here compare the cost of living with Germany, because Israelis go to Berlin and find it's much cheaper there.

The main issues, which brought out almost 500,000 protesters during the 2011 demonstrations, were the prices of housing and of cottage cheese, which had gone up very steeply. This captured the feeling that Israelis are being ripped off by monopolies and cartels.

However, in this election, there's the feeling that Netanyahu isn't really interested in that at all. Instead he's gone to the US Congress to talk about Iran and Hamas. Nobody here thinks these issues are unimportant: everybody here agrees that Iran is a menace and Hamas is a danger. But for Israelis, the Iranian threat doesn't mean the government shouldn't do anything about house prices and food cartels.

So the message to voters is: I'm your guy for tackling Iran, but not the price of cottage cheese? 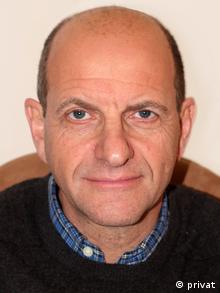 The signal we're receiving is that Netanyahu is more interested in Iran than in the cost of living. I don't think it's the signal he wishes to put out. If he were able to re-run his campaign, he might have changed the emphasis. But after six years in power, he can't retrospectively change the policies. I think he's become secluded into a world of his own by virtue of being prime minister for so long.

Yes, but we'll only know how deep this is, when we get the results. If Netanyahu wins, the story will read that Israelis were more concerned with national security than economic issues.

Over the last decade, inequality has grown dramatically. The number of people living in poverty has doubled since 1992, while that number has nearly quadrupled for children. At the same time, the concentration of wealth has got worse. Has the Netanyahu government failed Israelis?

Thirty years ago, Israel had a strong society and a weak economy. Today, it has a strong economy and a weak society. We have negative external debt: the world owes Israel more financially than Israel owes the world. The growth of the economy may not be what it should be, but it's ticking on. Unemployment is low and we don't have these horrendous problems of youth unemployment that you see in parts of Europe, and certainly in the Middle East.

Netanyahu has contributed towards all of this, no doubt about it. By using Thatcherite economics, he's brought financial stability, which is important when the country is also dealing with so many military strategic threats. But achieving that has come at the price of greater inequality and a greater concentration of wealth. He's been in charge for the past six years, so he bears a lot of responsibility for both the good and the bad.

Polls suggest Netanyahu could lose to Isaac Herzog of the Zionist Union. What could we expect from him?

Herzog is famous for his moderation, but he realizes that there needs to be social as well as political changes. Any coalition would have to include [former Telecommunications Minister Moshe] Kahlon, whose claim to fame was creating competitive markets for phone companies in Israel, which sent consumer prices crashing. Herzog will have an interest in reforms done by this guy, including the housing market. But they risk stepping on the toes of unions and very powerful industrial tycoons.

What's the easiest way to solve the economic discontent?

The truth is, there is no easy fix. You've got to have a government that's willing to roll up its sleeves and do the dirty work of tackling all the vested interests - from agricultural lobbies to labor unions and banking cartels - that stifle competition and beget high prices.

Another problem is the rise in defense spending. Netanyahu's zeal to balance the budget has raised the question, "On what do you spend the money: guns or butter?" We're underfunding public services like education, health and infrastructure, because we're spending the money on guns and not butter.

Can Israel solve its real estate problem without expanding settlements?

Absolutely! There's no need whatsoever to build on the other side of the green line. The Negev in the south is a huge empty space which has suffered for the last 40 years, because billions of dollars are instead being spent on settlements in the West Bank - an area that isn't even officially part of Israel.

So the exact opposite is true: We would have managed much better without spending in the territories. If you pour money into one area, there isn't enough for the other. And the other, which is accepted worldwide as part of Israel, continues to develop with great difficulty and very slowly, because there isn't enough money. So we would've done much better without spending the money in those areas.

Paul Rivlin is an economist and senior fellow at Tel Aviv University's Moshe Dayan Center for Middle East Studies. He specializes in the Israeli and other Middle Eastern economies.

Israeli Prime Minister Benjamin Netanyahu has ruled out the establishment of a Palestinian state if he is re-elected. Despite last-ditch efforts ahead of Tuesday's vote, neither party looks likely to win a majority. (17.03.2015)

Israeli election too close to call

Israeli Prime Minister Benjamin Netanyahu ended his coalition for tactical reasons. But a win in Tuesday's early election is far from a sure thing for his conservatives. Anja Koch and Tanja Krämer report from Jerusalem. (16.03.2015)