A Dutch court has scrapped a national data retention law. The judge ruled that, although saving metadata might help solve crimes, it certainly breached the privacy of telephone and Internet users. 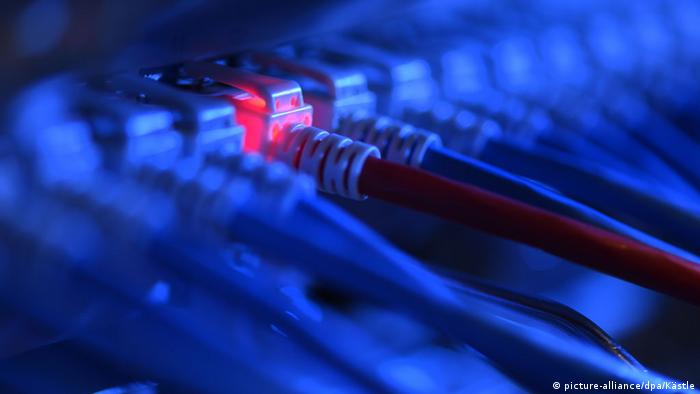 A court in the Netherlands struck down a law requiring telecoms and Internet service providers to store their clients' private phone and email data, saying it breached EU privacy rules. The decision took effect immediately on Wednesday, but officials announced that the Security and Justice Ministry could appeal.

"The judge ruled that data retention is necessary and effective to combat serious crime," according to the district court in The Hague. "Dutch legislation, however, infringes on the individual's right to privacy and the protection of personal data." The court added that "the law therefore contravenes the Charter of Fundamental Rights of the European Union."

In April 2014, the European Court of Justice struck down a 2006 EU law forcing telecoms to store electronic metadata - the time, date, duration and destination of communiques, but not the content - for up to two years. The practice was ruled to be invasive, despite the claimed anti-terror potential. Advocate General Pedro Cruz Villalon had declared the 2006 legislation illegal and told the European Union's 28 member states to take the necessary steps to withdraw it.

The written ruling by Gerard van Ham conceded that scrapping the data storage "could have far-reaching consequences for investigating and prosecuting crimes," but, the judge added, this could not justify the privacy breaches that the law entails. The judge did not set a deadline for disposing of the data.

According to Privacy First, one of seven organizations that took the government to court last month, the ruling "will bring to an end years of massive privacy breaches." The Dutch Association of Journalists was also a party to the suit.

After last year's ruling in the EU court, the government had announced that it would amend its law. However, in a written statement released on Wednesday, officials from the Security and Justice Ministry criticized the court's decision.

"Providers are no longer required to store data for investigations," the officials complained in the statement. "The ministry is seriously concerned about the effect this will have on fighting crime."

The extent to which governments and corporations monitor private individuals has risen to the forefront in the wake of a series of documents released since 2013 by the American intelligence whistleblower Edward Snowden. According to the latest report, New Zealand has monitored neighbors in the Asia-Pacific region. A new anti-terror law in China requires that foreign corporations allow the government to access their data.

The Wikimedia Foundation has sued the US National Secutiry Agency over its mass surveillance of private individuals. And consumer advocates have lashed out at large corporations that harvest personal data for commercial purposes.

From wearables that can thwart facial recognition software to smartphones that can be doused in water without short-circuiting, DW's Chris Cottrell presents a look at some of the highlights. (03.03.2015)

China has played down US concerns that new anti-terror legislation will give the government powers to police communications within its companies. New laws require foreign firms to provide backdoors in their software. (04.03.2015)