In Germany, it's a painstaking path to medical marijuana

It's pain week here in Germany. And one of the topics being discussed is medical marijuana. Right now, only very few Germans are allowed to smoke marijuana to relieve pain. Meet Lars Scheimann, one of them... 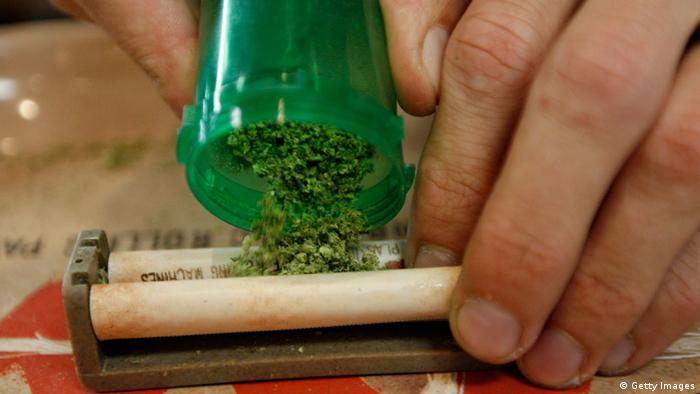 When he was seven years old, Lars Scheimann was diagnosed with Tourette's Syndrome. Looking back, he says he would often slam his head against the wall, completely randomly, or that he had no control over his shoulders or the muscles in his face, particularly his mouth.

"The best day of my life"

Now 44, he says back then he was given all kinds of hard medication, but that nothing worked. That is, until he was passed a joint at a party when he was 22. "Ten minutes after the first puff, I could feel my nervous spasms go away," said Scheimann, of what he now calls the "best day of my life."

Scheimann smokes all the time now. For him, it's nothing more than medicine, and he is fighting for his rights to have that medicine. He was the first "cannabis patient" in Germany and has been prescribed the illegal drug for the past six years. His therapy, however, is expensive. Five grams, his daily dose that yields around 20 joints, cost him 75 euros at the pharmacy. He could get it cheaper on the street, illegally, if he wanted to, but he doesn't. And German health insurance doesn't cover marijuana therapy. "I go to work pretty much only to pay for my medication," he told DW.

Marijuana is the most popular illegal drug in Germany. But while recreational users are interested in the relaxing effects of the substance, researchers have been looking into the exact nature of the drug and its effect on humans for some time now. Cannabis consists of Tetrahydrocannabinol (THC) and Cannabidiol (CBD), in addition to some 600 other substances. Researchers are still in the dark as to how all these chemicals react when inhaled by humans. THC, for instance, stimulates the psyche, CBD much less so.

The positive effects of cannabis have been documented primarily in patients with chronic pain. The German physician Franjo Grothenhermen, who authored a book on the medicinal effects of hemp, is convinced of the benefits of marijuana. "The spectrum is huge," he said. In his clinic he treats cancer patients suffering from nausea and loss of appetite, but also patients with HIV, Hepatitis C, Multiple Sclerosis, or Tourette's like in the case of Lars Scheimann.

As a registered physician, Grothenhermen is authorized to prescribe either drops or a spray containing both THC and CBD. If his patients would prefer to smoke the drug, they have to go through a lengthy process to obtain it legally that entails proving that all other medicinal avenues have been attempted.

"I wasn't Lars anymore. I was obese, dead in my brain, and I couldn't even really walk straight anymore," said Scheimann, of his attempts at traditional therapy. After he proved that no other medicine could help, he was given special permission to receive marijuana. Right now around Germany, there are 370 people who can purchase medical marijuana at a pharmacy - in a country of over 80 million. 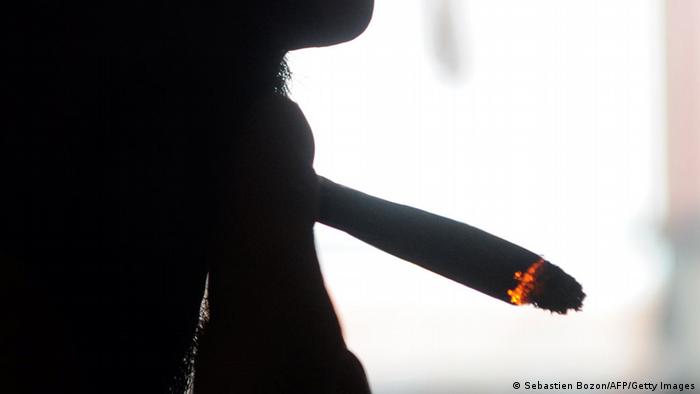 "With regard to our medicinal treatments, we try to remain under a certain threshold,” said Grothenhermen, so as to avoid the onset of addiction. "At first, the patient receives a small dosage that can't do any harm. Eventually, the body adjusts, and the psychological effects are reduced.”

Lars Scheimann's consumption of marijuana slowly increased over time. For years now, however, he has stayed with a constant daily dosage of five grams. This no longer makes him feel high. Regardless, Grothenhermen concedes that cannabis can have an "addictive potential.”

As with any other medication, the prescription of cannabis can only be authorized after a usage-risk assessment has been done. "But today, we are much further than we were in the 1970s, for instance. Back then, cancer patients were actually dying of pain." Fear of the addictive potential of heavy pain relievers meant doctors weren't prescribing morphine. "This was idiocy. Today, if patients need it, they are given opiates."

The president of the German Association for the Study of Pain, Michael Schäfer, sees the addictive potential of cannabis in medicinal therapy as "relatively low," granted the THC and CBD are administered at consistent levels over a long period of time. In a recent interview with the medical magazine Ärzte Zeitung, however, he did stress the dangers of giving cannabis to young people. "This could lead to serious psychic reactions such as personality disorders," he said, adding, however, that the average age of patients who receive cannabis therapy was quite high. 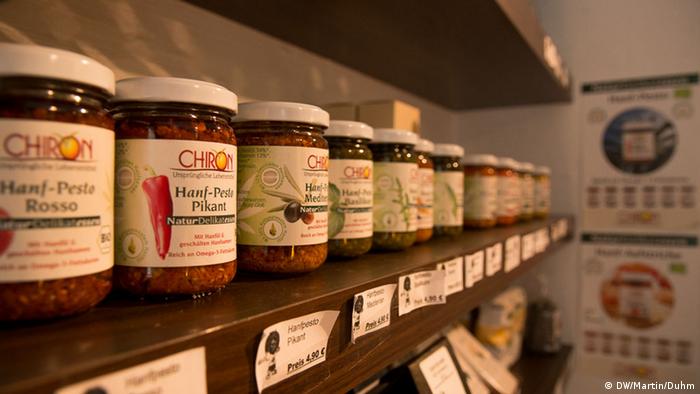 Lars Scheimann has made cannabis into his livelihood. In the western German city of Duisburg where Scheimann lives, he has a hemp shop where he sells animal feed and all sorts of other articles including spaghetti, chocolate and pesto, all made from hemp - without THC.

"People from all walks of life shop here," he says. He says he plants the hemp for the animal feed in Luxemburg, where he doesn't have to fear the authorities. Despite all the customers that come into his shop, Scheimann struggles to make enough to pay for his therapy He and other cannabis patients in Germany have taken their case to court; they want to be able to grow their own marijuana.

The federal government wants to prevent citizens from being able to grow plants themselves, but it has indicated that it wants to make it easier for cannabis patients to receive their medication. Federal drug represenative Marlene Mortler announced last month that the government was considering a law that would allow such patients to have their medicine covered by health insurance. "Germany is in the mid-field at the moment," said Grothenhermen, when it comes to an international comparison of cannabis as medicine.

Nations like Israel and Canada are much more progressive. In a few of the United States, in the Netherlands and Uruguay, marijuana has been completely legalized. The cannabis business has made many dealers millionaires in these places, but that's not what Lars Scheimann is after. His plan is just to be able to afford his medicine for himself.

"I'm already so rich, because I have my health back, because I don't have to fear the nervous ticks, because I can live a normal life."