In Finland, sexting could become a crime | Europe | News and current affairs from around the continent | DW | 27.10.2020

In Finland, sexting could become a crime Six months in prison would certainly take the sexiness out of showing off your privates to an unwilling recipient. Finnish parliamentarians debating a reform of the country's sexual harassment laws are considering whether sending sexual content without permission should be classified as a crime equal to unwanted physical contact, which currently can be punished with fines or jail time.

A main target of the proposed changes: Unsolicited "dick pics," the crudely-nicknamed genre of genital selfies often disseminated without an invitation. Mäkynen is on the parliamentary legal affairs committee and says legislation must evolve with technology. "The internet and social media have changed the way people are harassed and how people are becoming victims of different crimes," he said. "This is partially a result of the 'MeToo' discussion and everything that has been discussed internationally for years." It's expected the outcome of the consultative process will be presented to the government within the next few months and then would need parliamentary approval. 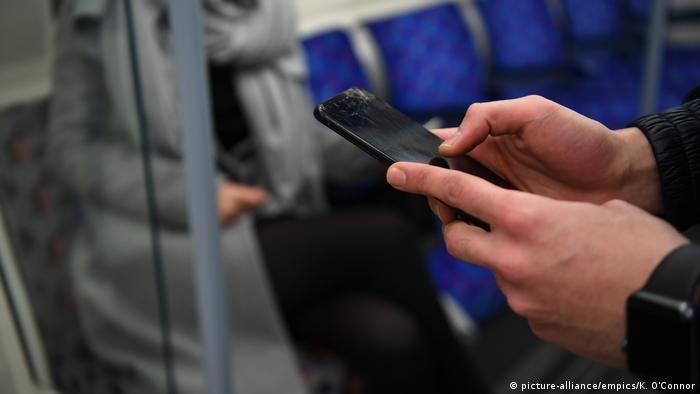 German lawmakers recently approved harsher penalties for those who film or photograph a woman's neckline or under her skirt without consent. Under the legislation passed by the lower house of the German parliament, the crime will be punishable by a fine or a prison sentence of up to two years.

Would criminalization of intimate photos change anything?

Medical student Kia Kivisilta has volunteered for years as a counselor for teens in Helsinki schools and welcomes the added protection she feels the possibility of prosecution would provide. 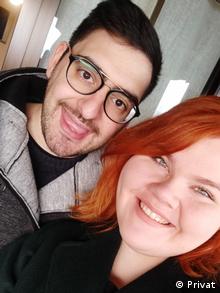 "This should be done — definitely, and as soon as possible," Kivisilta told DW. "I don't know anyone who has not gotten [inappropriate photos] — literally every one of us has gotten at least one. So it's a bit scary." The 24-year-old says she has on occasion confronted an uninvited sender but she knows she's the exception. "Someone who is 12 or 15 will never do that because they don't have the courage," she said.

Like Mäkynen, Kivisilta considers sexual harassment on social media to be the equivalent of the unwanted touching she herself has experienced on a city bus, but she's concerned that far too many people her age and younger find it normal, even though Finnish schools teach students otherwise. "If it would be criminalized," she said, "then it would be shown to the kids more strongly that this is not okay."

Kivisilta says, however, she doesn't think the women she knows would decide to prosecute those who send offensive photos, rather than just deleting the material. She thinks teens will fear being blamed themselves for somehow inviting the unwanted attention.

Kivisilta's partner Timothy Colangelo, an IT expert who has also helped counsel foreign students in Finland, hoped tougher laws would be a deterrent to those perpetrators who now "feel protected because it's anonymous and...law enforcement cannot do anything because it's a privacy issue."

Outing abusers? There's an app for that

But outside the realm of law enforcement, outraged recipients already have the power to do their own exposing. In 2017, Swedish app developer Per Axbom said he'd had enough. "I saw the opportunity to empower recipients of dick pics and shift the power balance between the parties," he wrote at the time. He created the "Dick Pic Locator" app to extract photos' metadata in case those who receive the explicit material want to make it public.

"Whereas I see lots of reasons why it would be important to protect the possibility of being anonymous," Axbom explained, "this is not one of them."

Mäkynen said that in a public comment period which just ended, no one spoke against the proposed changes on the harassment laws. "I don't see any way that this this wouldn't happen," he said. He hopes other European countries follows Helsinki's lead.

A decade on, the Istanbul Convention has become more important than ever as a tool to protect women's lives in Europe, says Dunja Mijatovic, the Council of Europe's High Commissioner for Human Rights.