In European Union politics, party loyalties play less of a role than they do at the national level. But affiliation with the left or right can still have an effect in Brussels - as in the current case with Romania. 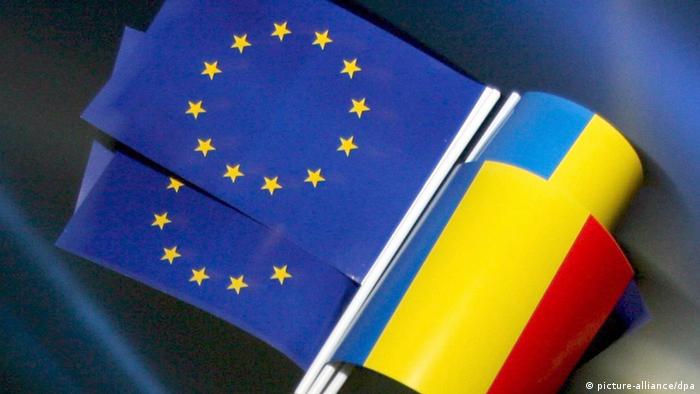 The EU Commission is keeping a critical eye on the current policies of Romanian Prime Minister Victor Ponta, the socialist leader who wants to boot conservative President Traian Basescu from office.

The view from Brussels is that the quarrel between the country's two political camps is being conducted with rather questionable legal methods. Elmar Brok, a conservative German member of the European Parliament, has criticized Ponta's attempt as a "coup" - while Hannes Swoboda, leader of the Socialists, has rushed to Ponta's defense, complaining that the Brussels debate on Romania was being governed by "party politics."

It's not surprising that political parties in the EU Parliament have a differing opinion on such matters, but what is surprising is that dissenting voices are coming from both camps. Martin Schulz, socialist head of the EU Parliament, has for instance also come out criticizing Ponta.

Conflict is rather unusual 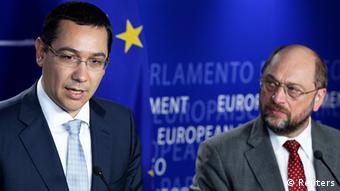 Germany's conservative Chancellor Angela Merkel has also voiced concern about the rule of law in Romania. Ponta retaliated by saying his country was not a German colony. Several days later, he said he regretted the statement.

Both heads of governments were speaking out along party lines, in a direct manner unusual among EU governments. Earlier this year, Merkel had no difficulties supporting the conservative candidate Nicolas Sarkozy during the French presidential campaign, but after his defeat she then began developing "excellent" relations with the socialist winner, Francois Hollande.

EU leaders, on the other hand, are usually rather neutral on such issues. European Council President Herman van Rompuy, or European Commission President Jose Manuel Barroso, limit themselves to expressions of concern, or call for an investigation. Van Rompuy, who is a liberal, and Barroso - a conservative - only very rarely express opinions along their respective party lines.

The case of Hungarian Prime Minister Viktor Orban was similar to the current situation in Romania. Late last year, the Hungarian Socialists took aim at conservative Orban. A number of conservative EU parliamentarians, like Markus Ferber, initially thought the charges against Orban were excessive. After all, Orban's Fidesz Party belonged to Europe's collective conservative movement, the European People's Party.

Franz-Lothar Altmann, an international relations professor at the University of Bucharest, thinks the partisan bickering is inappropriate. "What should be criticized is the fact that various factions in the European Parliament behave very differently," he said. He gave an example: the Social Democrats are much more forgiving with Ponta than with Orban, while the Conservatives are very hard on Ponta, yet held themselves back with Orban. 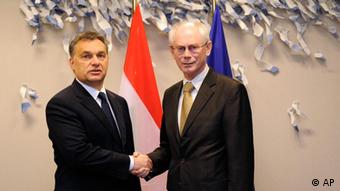 Despite this, when Chancellor Merkel joined Orban's critics and the European Commission sharply reprimanded the Hungarian government in January, parliamentarians ignored party lines and agreed that the Hungarian prime minister had violated constitutional rights and media freedoms.

The most spectacular EU quarrel to date occurred in 2000, as the 14 EU member states of that time imposed sanctions on the 15th member, Austria, when conservative Chancellor Wolfgang Schüssel formed a coalition with the populist right-wing nationalist Jörg Haider.

Nearly all of Europe's other political leaders were outraged and had agreed that Austria must be punished. The initiative was launched by a conservative, then French President Jacques Chirac, who was supported by the Spanish conservative Jose Maria Aznar and the social democrats Antonio Guterres, of Portugal, and Germany's Gerhard Schröder.

After a few months, however, the unsuccessful sanctions were revoked. Chancellor Schüssel maintained the coalition with Haider, and his consolidation of power.

But by and large, the European Union is able to self-regulate, says historian Wolfgang Höpken of the University of Leipzig. Both Orban and Ponta yielded in the end, and showed themselves to be conciliatory toward Brussels.

"This shows that this control mechanism is able to function properly," Höpken told DW. 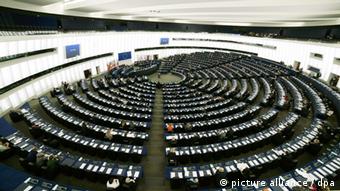 There are seven political factions in the EU Parliament

Party politics play an especially important role in the European Parliament in Strasbourg, where votes are usually determined by party interests. There, the French Socialists vote together with the Estonian Social Democrats against the Finnish Conservatives and the German Christian Democrats, or vice versa.

New coalitions are formed depending on the vote at hand. In the current Parliament, with its 754 deputies, there are currently seven political factions, from the radical left to the far right, with the largest being the conservative grouping. There are also several representatives who remain independent.

The factions are not strictly comparable with the organized groups in national parliaments. There is no governing coalition or opposition in Strasbourg, since the European Parliament does not vote for or carry any Europe-wide government. EU member states make up the European Commission. Only the commission's president, who is nominated by the leaders of the 27 EU members, is elected by the parliament.

European Union heads of state, which together form the European Council, vote seldom along party lines, rather in line with their own national interests.

Before each EU summit, conservatives, socialists and liberals often join in separate "pre-summit" meetings in order to discuss strategy. Party leaders from various EU countries may also participate in these meetings.

These "family groupings," while often supportive, can also punish their members. In 2006, the Slovak socialist Robert Fico was ostracized by other social democrats when he entered into a coalition with a right-wing nationalist party. Today, Fico has an absolute majority and is once again welcome in the circle of European socialists.

The EU has sharply criticized Romania for jeopardizing the rule of law and the independence of the judiciary in the country. It comes after the contentious impeachment of Romania's president by parliament. (18.07.2012)

At home he still plays the nationalist authoritarian, but abroad Hungarian Premier Victor Orban has been softening his diplomacy. Could protests and the EU’s grip on his highly indebted country be having an effect? (18.03.2012)