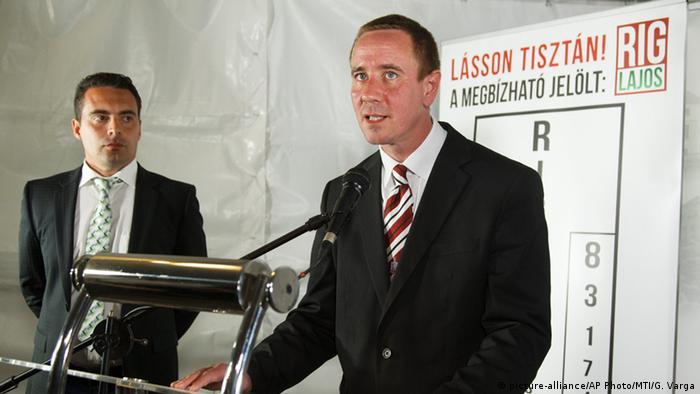 On Sunday, Hungarians cast ballots in a by-election aimed at filling the seat of deceased lawmaker and Fidesz party member Jeno Laszotovicza.

"The mood in Hungary is for a change of government and with Jobbik Hungary finally has a force to change the government," Jobbik President Gabor Vona told supporters on Sunday evening.

Orban has lost support over controversial measures and, most recently, over allegedly cosying up to Russian President Vladimir Putin.

If the results are confirmed, the victory would be the second straight defeat for Fidesz since February, when it lost its super-majority in parliament.

"Fidesz is caught in a downward spiral from which it will be very difficult to exit," said Peter Krausz, an analyst at Budapest's Policy Agenda told the Associated Press news agency.

However, Krausz added that the likely victory for Jobbik did not put the far-right party close to power in Budapest.

"It seems impossible that anyone in the United States or Europe would accept a Jobbik government," Krausz said. "What looks certain for now is that many of the voters disillusioned with Fidesz are supporting Jobbik instead."

Jobbik's rhetoric has raised concerns about anti-Semitism in the eastern European country.

On Sunday, the head of the World Jewish Congress, Ronald Lauder, warned of the extremist group's rise during a rally in Budapest, where thousands gathered to pay tribute to the country's Holocaust victims.

As fighting continues in eastern Ukraine, Hungarian Prime Minister Viktor Orban has reinforced his relationship with Moscow and provided Putin with a platform. In doing so he is weakening the EU, says Robert Schwartz. (18.02.2015)