IMF Chief Christine Lagarde believes Latvia should serve as an inspiration for European leaders struggling to get on top of the debt crisis. She's praised the Baltic state's unwavering austerity course. 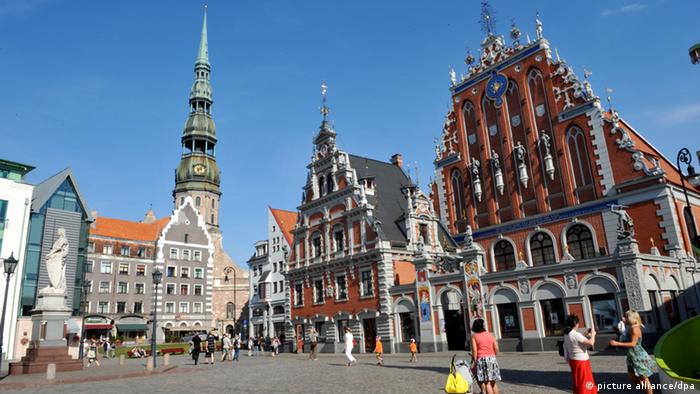 The head of the International Monetary Fund (IMF), Christine Lagarde, on Tuesday hailed Latvia's cost-cutting efforts as a model for indebted eurozone states like Greece which are resisting austerity as a way of averting economic meltdown.

Addressing delegates to an IMF conference in the Latvian capital, Riga, Lagarde said Latvia's recent development and its spectacular recovery from depression were a demonstration of the lessons of the current debt crisis.

"Latvia decided to bite the bullet, and instead of spreading the pain over a number of years, it decided to go hard and go quickly," Lagarde commented.

When the global economic crisis culminated in 2009, Latvia's economy shrank by 18 percent year-on-year. It fell altogether 25 percent from the start of the crisis in 2008, marking the deepest plunge recorded worldwide.

The Baltic state was forced to ask international lenders for a 7.5-billion-euro ($9.33-billion) rescue loan which - coupled with rigid austerity - put it back on a path to growth. Latvia rebounded to a 5.5-percent expansion in 2011, with the IMF predicting 3.5-percent GDP growth in the current year.

"For Greece it's important that the politicians accept the reform program and own it," Lagarde said in Riga. "In Latvia, there was broad support for the reforms, and that was necessary for them to work."

Latvia joined the EU back in 2004, but is not yet a member of the eurozone. But it hopes to qualify for membership by the beginning of 2013. The IMF maintains the euro area must have changed by then.

"I hope the monetary union will have expanded beyond a single currency to become much more of a fiscal and financial union," Lagarde said on Tuesday.