From January, the UN's ILO will resume naming garment factories that fail to meet minimum demands of Cambodian law. That follows years of declining working conditions in what is regarded abroad as a model industry. 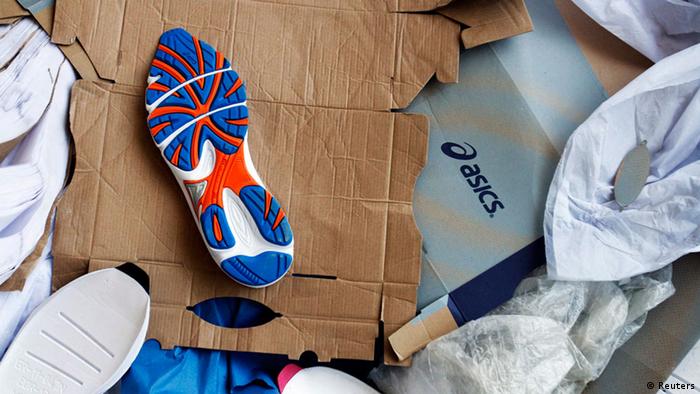 The decision follows a scathing report in February from Stanford Law School that looked at the ILO's 12-year-old assessment programme known as Better Factories Cambodia (BFC). Stanford's report, titled "Monitoring in the Dark," found conditions have worsened in recent years and that workers now earn less in real terms than a decade ago.

The report said much of the blame lay with the ILO after it decided BFC would no longer make public the names of failing factories. The ILO took that decision after Cambodia's trade preferences deal with the United States expired in 2005.

Jason Judd, the ILO's technical specialist on the BFC program, says a number of factors fed into its decision to name factories that do not comply. The Rana Plaza collapse in Bangladesh in April, in which more than 1,000 workers died, changed how the industry views transparency, while incidents in Cambodia around that time in which workers were killed or injured have also contributed to a rethink.

Also relevant is that BFC monitors have witnessed a deterioration of working conditions in Cambodian factories, many of which are now less compliant with the Labour Law than three years ago.

"That's not true in every factory, but on the whole this is what we've seen," says Judd. "[So] we've chosen just a handful of issues to focus on and they include the basics - things that all workers should be able to count on: that emergency exits are unlocked during working hours, or that they are paid at least the minimum wages."

And so, starting Tuesday, ILO inspectors will begin visiting the kingdom's 450-odd garment exporting factories and giving them a final chance to comply with 21 basic issues. 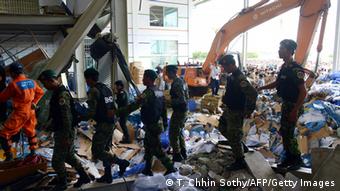 A ceiling collapsed at a shoe factory in Cambodia on May 16, killing at least two workers

"Some are going to come out looking great," says Judd. "[But] some factories that have not paid attention to the legal requirements are not going to look good because they've been ignoring recommendations in our reports - some of them for years."

Those unable or unwilling to improve will be named, starting in January. Allowing "life and limb" risks is unacceptable, says Judd: "No factory should be allowed to continue and not meet those basic standards … It's not a very high bar."

The growth in Cambodia's garment manufacturing industry over the past decade has been one of the country's few economic success stories. The sector started with a handful of factories and several thousand workers. Today there are around 450 exporting factories - all of which by law must belong to the BFC program - with 400,000 workers, most of whom are young women drawn from rural areas. Garment exports, the biggest foreign exchange earner, were worth $4.6 billion in 2012.

Much of the success was due to the carrot and stick approach under the US trade preferences deal, which tied increases in quotas to improved working conditions. BFC monitored the factories and, the authors of the Stanford report said, its approach largely worked.

"During its early years, BFC played a significant role in the promotion of labour rights in Cambodia, particularly in the expansion of space for workers' exercise of freedom of association," the Stanford report noted.

BFC's failings followed the expiry of the trade preferences deal in 2005 when the ILO changed its approach. Although BFC inspectors continued to monitor, many factories - freed from financial incentives to comply and with no risk of being named and shamed - predictably ignored BFC's written recommendations. 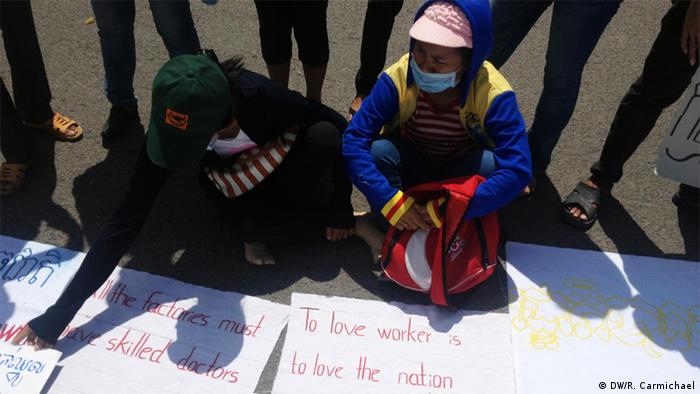 BFC monitors have witnessed a deterioration of working conditions in factories; workers have been protesting

Unsurprisingly some of the sector's problems have translated into industrial action and - if statistics from the Garment Manufacturers' Association in Cambodia (GMAC), the industry body, are any guide - those problems are getting worse.

GMAC's figures show the sector lost nearly 450,000 days to strikes in the seven months to July. At that rate, 2013 is set to eclipse 2012's total 542,000 days lost, which was itself the most disruptive in a decade. Most workers are fed up with low wages of around $80 a month before overtime as well as poor working and living conditions.

Dave Welsh, country director of the Solidarity Center, a non-profit affiliated with the US labour movement, says the ILO's decision to keep its findings private has allowed the key stakeholders - factories, brands and the government - to convey the impression that BFC monitoring meant Cambodia has a model industry.

"That's very far from the case," he says, adding that the ILO's decision to put some teeth back into its monitoring programme will provide the useful "naming and shaming" element of old.

"The new step that the ILO is taking is one in a positive direction," says Welsh. "It means in my mind that any of those stakeholders … who don't want this are admitting in a de facto manner that they can't or won't monitor the conditions in the workplace factory or, frankly, that they're trying to hide something. And the second option is more likely."

Welsh notes that BFC's role is only to monitor; the responsibility to enforce the law against errant factories lies with poorly-paid government officials. He also says that while some brands have welcomed the ILO's revised remit, others are being disingenuous.

However, if unions, rights groups and some brands - including Sweden's H&M - are in favour of the ILO's revised monitoring approach, the government has pronounced itself fearful of the possible consequences. Sat Samoth, a senior Ministry of Labour official, told local media last week that he believed publicising the names of failing factories could put off international buyers and cost jobs. 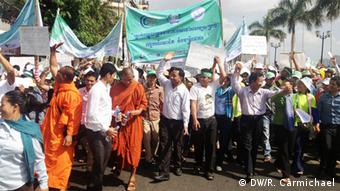 According to GMAC figures, the sector lost nearly 450,000 days to strikes in the seven months to July

GMAC, which represents more than 400 garment exporters, shares that concern too. Secretary-General Ken Loo says that while GMAC is broadly in favour of greater transparency, the body is angry at the ILO's "high-handed" attitude in announcing its revised policy without giving it sufficient time to respond.

As a result, GMAC has told its members that, unless BFC inspectors are accompanied on their surprise visits by a labour ministry official or are armed with a letter from the government, they can bar them from entering.

"What we are telling factories is that they are no longer obliged [to grant access]. They take the decision themselves," Loo says, adding that this policy of non-cooperation will remain in place "until we are accorded the respect we deserve as a partner" and until GMAC's concerns are addressed.

The weeks ahead will show how successful or otherwise the ILO's revised approach will be. If BFC inspectors are not able to access factories, then assessing compliance with the Labour Law will be difficult. Talks to resolve differences between GMAC and the ILO are likely.

Although monitoring under the new reporting process is not due to start until Tuesday, the ILO said on Monday it was still "business as usual" and that none of its inspectors had been turned away.

Regardless of the outcome of that spat, the ILO says Cambodia - which has reaped huge benefits from its image as host to a model industry - needs to improve.

"Countries like Bangladesh and Vietnam and Indonesia and other competitors have upped their game," says the ILO's Judd. "If Cambodia wants to maintain this advantage that comes from a reputation for decent working conditions, it's also going to have to up its game."