Tanzanians have been united by the legacy of the late anti-colonial activist and politician, Julius Nyerere. But scholar Ignas Fedeo says there is still much more to learn about this important historical figure. 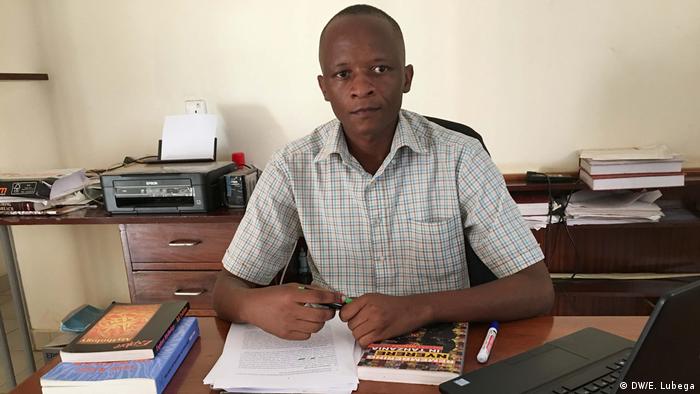 Generations after African leaders put an end to colonialism, scholars are continuing to research their inspirations, struggles and legacies. One of them is Ignas Fedeo, an assistant lecturer in the Department of Literature at the University of Dar es Salaam in Tanzania, and a doctoral student at Makerere University in neighboring Uganda.

His PhD aims to investigate why the Wanyakyusa people of southern Tanzania honor former president and anti-colonial activist, Julius Nyerere, through their literature, despite the fact that they have no direct ties to the late Tanzanian anti-colonial activist. Nyerere — who remains one of the most respected post-colonial figures in Africa — also studied at Makerere University.

Makerere University is one of the oldest and most prestigious higher learning institutions in Africa, attracting post-graduate and PhD students from all over the continent. The opportunity to spend the next two years studying at the university is a dream come true for Fedeo — despite the challenge of interacting with the Wanyakyusa community due to the distance.

"Many people dream of joining this institution, so when I got the opportunity I grabbed it with both hands," Fedeo says with a smile. But why did he decide to continue his studies when he is already working in academia? 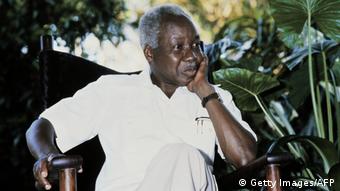 the University of Dar es Salaam, where I'm required to have a PhD," he explains. "Secondly, by furthering my studies it's a great achievement for people like me from the village, as it reflects the success of my community. When one decides to get a PhD degree, the scholar needs to convince his lecturers and the supervisors that the research is important to the community and show how it's going to contribute to the knowledge of other scholars in the near future."

Fedeo says he won the support of his peers when he came up with the idea to study the Wanyakyusa and their relationship with Nyerere. But why research this particular topic? Many people had — and still have — reason to believe in Nyerere's ideas, but they actually know very little about him as a person, says Fedeo. The fact that the Wanyakyusa continue to hold on to the memory of Nyerere clearly illustrates this. Their leaders even credit the power of Nyerere's legacy for keeping their community peaceful.

Nyerere became prime minister of Tanganyika, a former British colony, in 1961 and went on to become president of present-day Tanzania until 1985. Fedeo thinks scholars need to further explore his political ideology, which may set a good example for Africa's current leaders.

A fundamental element of Nyerere's leadership was his ability to unite ethnic groups in Tanzania. Almost two decades after his death, many Tanzanians acknowledge they are still reaping the rewards of his political legacy — and no one dares criticize him. Fedeo believes that his research, will encourage more scholars to analyze the impact of Nyerere's policies and his legacy.

According to Fedeo, Nyerere is believed by many to be a social and a political hero — not only among Tanzanians but across the African continent. Every ethnic community has their own narrative representing Nyerere, including the Wagondo, Wagogo, Wasukuma, and Wamakonde. Fedeo thinks this will form a key element of his research. "My research will encourage more people to explore the same issue in more than 100 ethnic tribes that were united by Nyerere," he says.

Fedeo is one of the Tanzanian scholars who received a scholarship from the Gerda Henkel Foundation in Germany, to study a PhD at Makerere University in Uganda. He has already completed his preliminary research and is now preparing to hit the ground running, meeting with the Wanyakyusa people to get more information that will be useful for his research. He says despite the challenges that he might face, he is ready to produce a body of research that will not only win him praise from his lecturer but will also encourage the community as a whole to feel a renewed sense of pride in Nyerere.

This article is part of a special series "African Roots" investigating historical dimensions of Africa, a project in cooperation with the Gerda Henkel Foundation.

Tanzanians this week are commemorating the life of their nation's founder Mwalimu Julius Kambarage Nyerere. They do it not by grieving but contemplating and discussing the legacy he left behind 18 years ago. (14.10.2017)

The first batch of Afghan evacuees fleeing the Taliban takeover has arrived in Uganda. They will receive temporary refuge before relocating to the US. Some Ugandans, however, are concerned about their country's security.