Five people fled an igloo when spotted by police in a Bavarian park. One of them was caught and now faces a charge of breaching coronavirus lockdown rules. 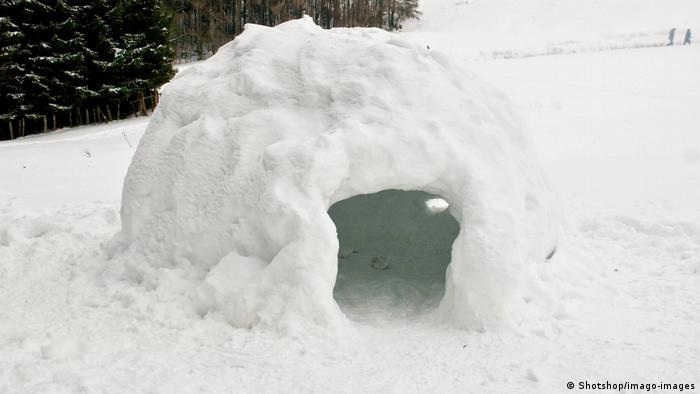 German rules allow only for meetings of one household, plus one other person

Coronavirus enforcement in the German state of Bavaria ended up with a police patrol chasing five people fleeing a self-made igloo they had erected in a wooded central city park in Augsburg, west of Munich.

One of them was caught and charged with breaching coronavirus lockdown rules that limit contact to one household plus one other person, Augsburg police said.

"Upon seeing the patrol vehicle, several igloo residents fled in different directions," the report stated, adding igloo occupants had used the "Arctic shelter" as a place to meet.

Widespread snowfalls across southern Germany on Thursday night caused disruption on roads and rail networks, including the train route between Munich and Zurich in Switzerland.

The dangerous wintry weather hit the states of Bavaria and Baden-Württemberg, leaving truck drivers stuck on highways and leading to the death of a 72-year-old woman who was struck by a falling snow-laden tree.

Building an igloo on the Zugspitze

On Germany's highest mountain guests can check into an igloo like in a hotel - or build one themselves, like DW reporter Tankred Gugisch. He tells us how.