German economist Hans-Werner Sinn leaves the Ifo think tank, having headed it since 1999. He was renowned for his polarizing statements on many aspects of the economy - statements that often caused heated public debates. 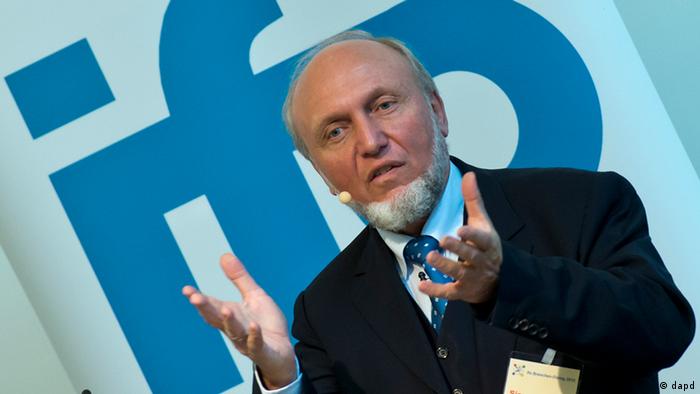 That's a classic Hans-Werner Sinn quote. The head of Ifo Institute, a pro-free-market think-tank based in Munich, is retiring after many years at the institute's helm. He is a stout believer in neoliberal capitalism and free markets, an opponent of minimum wages, and something of a Germany-firster when it comes to economic policy: he was a fierce critic of the government in regards to Germany's participation in bailouts of Greece's insolvent government.

He has always had choice words to say on issues of the day. He has railed against Chancellor Angela Merkel's about-face after the Fukushima nuclear meltdown in Japan to phase out nuclear power in Germany. He has spoken out against Merkel's policies toward refugees - which have been far too generous, in Sinn's view: he has argued they will represent a burden and not an opportunity for Germany's economy.

He has even been against subsidies for renewable energy, arguing that Europe's moving away from fossil fuels will merely depress their market price, leading nations in Asia and America to increase their consumption of now cheaper fossil fuels through supply-and-demand effects.

Straight to the point

His views have been rigorously guided by what critics have said is an oversimplified explanatory principle: Everything has a price, and markets rule through supply and demand - the rest are mere details.

His fans love him for it. Here's someone who speaks clearly and vividly - no beating around the bush. But he has his critics, particularly on the left and in the spectrum of Keynesian economists. 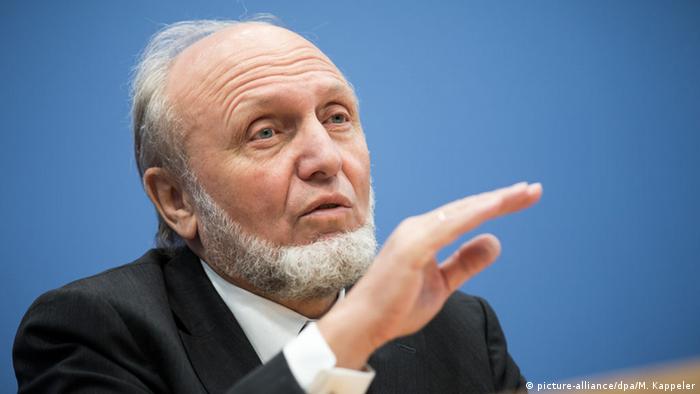 The Keynesians say that Sinn fails to grasp that being against the minimum wage and having people work for poverty wages may make production cheaper, but it also robs the economy of its consumers, since workers are not only workers - they are also the source of wage income for households and therefore of consumer demand.

Pay them less, and they won't be able to afford to buy the products and services the economy has on offer, leading to a downward spiral in aggregate consumer demand and mass unemployment. Keynesians accuse Sinn of seeing only the supply side of the supply-and-demand equation.

Here's a selection of some of Sinn's pithiest quotes, in commemoration of this media meme generator's retirement from Ifo on Thursday.

"Your neighbour is bankrupt. Is your best response to this to go bankrupt as well, out of sympathy for him?" (In connection to Germany's participation in bailout schemes for other eurozone member nations, which Sinn opposed.)

"The true speculators were the governments of the crisis countries. They counted on our bailing them out if they became insolvent."

"We're swimming like corks on the waves of global economic conditions." (Commenting on Germany's heavy dependence on exports.)

"As long as the wood is still burning, there's no need to light a flash in the pan." (Arguing against stimulus spending to counteract weakness in aggregate consumer demand caused by people and firms spending less in the wake of the great financial crisis.)

"The lower the wage, the more jobs there will be."

"Minimum wage rules would be harmless only if the mandated minimum were below two or three euros" [per hour]. (Expressing his view - which has not been borne out in empirical reality - that introducing a minimum wage, which finally occurred in January 2015 after decades of opposition by business interests, would harm Germany's economy.)

"We live better with somewhat more injustice. Somewhat more inequality in the distribution of income makes life better for those with lower incomes too, because in the end it creates a higher standard of living than we'd have if we set up an egalitarian system in which everyone gets the same amount and everyone is equally poor."

Controversial views, some of which one may agree with, others less so - but whatever one's own opinion, there's no doubt that Sinn's way with words and excellent abilities as a public speaker made an impression on policy discourse in Germany these past couple of decades.

Ifo economist warns of conflict between refugees and poorer Germans

Hans-Werner Sinn, the president of the Ifo economic think tank, expects tough competition might arise between refugees and poorer Germans. He is pessimistic about the impact of the refugee influx on the welfare state. (03.01.2016)