'If we don't change now we will lose the reefs'

A major study has found Caribbean coral reefs could disappear in 20 years. DW spoke to Carl Gustaf Lundin, director of the global marine and polar programme at the International Union for Conservation of Nature. 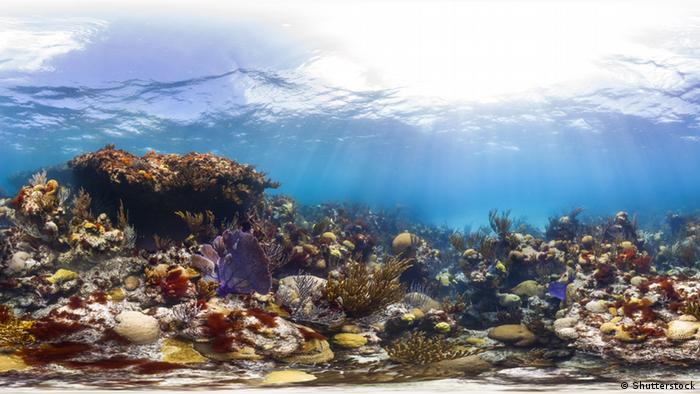 The report Status and Trends of Caribbean Coral Reefs 1970-2012 was published in July by the Global Coral Reef Monitoring Network, the International Union for Conservation of Nature and the United Nations Environment Programme. Over four decades, researchers examined studies of corals, seaweeds, grazing sea urchins and fish at 90 different locations in the Caribbean. Their findings indicate that only about one sixth of the Caribbean's original coral cover is left, and that the region's reefs could disappear within the next 20 years.

DW: Carl Gustaf Lundin, what's the state of coral decline in the Carribean?

Carl Gustaf Lundin: Over the last 40 years we've seen some significant declines, and what we wanted to do was to do better understand what has actually happened, and to tell the story of what has been going on here on the reefs of the Caribbean.

What we found was that around 1970 we had somewhere between 50 and 60 percent of live corals on the reefs. Prior to that, at some point it had obviously been closer to 90 or even 100 percent in some cases. The corals have kept declining in numbers. We've also seen the disappearance of sea urchins across the Caribbean from 1983 onwards. These types of changes have a very negative impact on the rest of the biodiversity.

According to the report, only one sixth of the original coral reef in the Caribbean is left. What is threatening the survival of these corals? 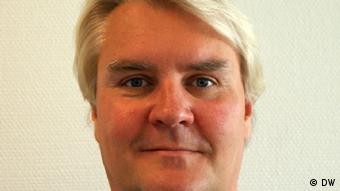 On any reef there's a competition between the corals and the algae. In places where you have a healthy system, normally the corals will dominate, whereas in other places where you have a lot of nutrients coming in, then algae have a tendency to take over. In order to maintain this balance and maintain a healthy reef, you would actually have to have grazers, and the grazers would be eating the algae, but often leaving the corals intact.

What are the environmental consequences of the disappearance of these coral reefs?

Many species depend on the coral reefs as habitats, as a source of nutrients, and that means they're very vulnerable to these changes. So there's a knock-on effect on a lot of other species, like small crustaceans. Small fish, for example, can't hide as well as they could before because the three dimensional structure of the reef has changed. And that means we will have lost quite a lot of biodiversity across the Caribbean also.

What impact is climate change having on the reefs in the Caribbean?

Climate change will have an impact over time, and we've seen that in many different parts of the world. For example in the Indian Ocean in 1998, we lost almost half of the corals in one go. In the Caribbean, a lot of the destruction happened before these climate changes were starting to take place already in the 70s and 80s, so by that time the temperatures hadn't gotten up to levels that were threatening the corals. However, over time I think we are going to see negative impacts on the remaining corals in the Caribbean due to climate variation. That's not to say that climate isn't important, but just up until this point it has not been the main driver of change. 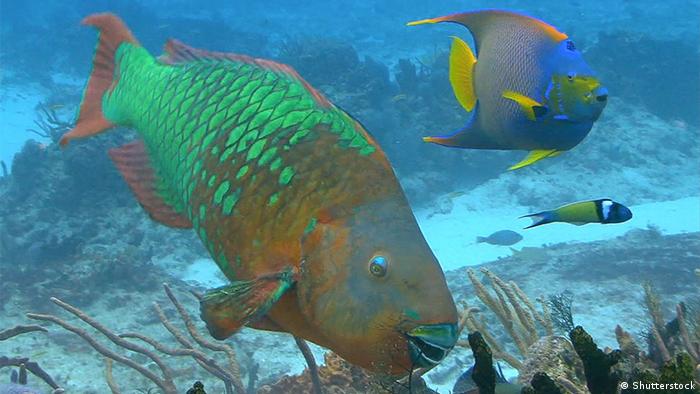 Parrotfish are vital for keeping coral healthy, but they've been wiped out in many parts of the Caribbean

The report describes a dramatic drop in the health of Caribbean coral since the 1970s. How can this decline be reversed?

The places that have been banning fish traps have been doing much better - in places that are actually looking after the health of their eco system, and particularly their fish population, there's a distinct difference in terms of how well their reefs are doing. I think the obvious suggestion here is that practical, low-cost, simple solutions will go a long way over the next 20-30 years to reverse this trend. And that's actually a very positive story because some people are saying, "It's hopeless, we can never fight climate change, we just have to throw in the towel and give up." And we're saying, "No, that's not the case." We can reverse this trend. With the right type of management we really are going to improve the situation.

What are the report's main recommendations?

One of the main recommendations is to deal with fisheries management, particularly of the herbivores like the parrotfish. Another main recommendation is to address coastal population issues. Too heavy, intensive use of coastal sounds inevitably are going to damage the reef, particularly when you're looking at untreated sewage, or poorly managing tourists for example. What we didn't want to do was to come up with long laundry lists of all the things we could possibly do, because that tends to be dissipated and you actually end up doing very little of it. So we'd rather say: Manage your fisheries well, manage your tourism well, and deal with nutrient loading coming from agriculture and human use of water.

Are you optimistic that we won't lose our Caribbean coral reefs in 20 years time?

I guess we all have to be optimistic at some level. However, I think we also need to be realistic about the challenges and the possibilities of changing human behavior. Humans tend not to change their behavior until the very last minute. We're at that minute right now. We really don't have any choice. If we don't change some of our behavior patterns right now we will clearly lose the reefs.

Carl Gustaf Lundin is the director of the Global Marine and Polar Programme at the International Union for Conservation of Nature (IUCN). Before joining IUCN, he worked with the World Bank for more than 12 years, focusing on coastal and marine management issues in several regions including Argentina, China, Eritrea, Indonesia, Mexico and Uruguay. He is based in Gland, Switzerland.

UNESCO has warned Australia that it could place the Great Barrier Reef on the World Heritage in Danger List. This follows the approval of a plan to dump dredge waste nearby. (01.05.2014)

The marine riches of the Maldives

The spectacular coral reefs of the Maldives are in danger of dying out in some places. One project is trying to halt the destruction by roping in tourist resorts, local residents and marine biologists. (08.04.2014)