An Israeli soldier is on trial for shooting a wounded man in the head while he lay on his back. Elor Azaria killed the 21-year-old Palestinian on March 24 in the city of Hebron, in the south of the occupied West Bank. 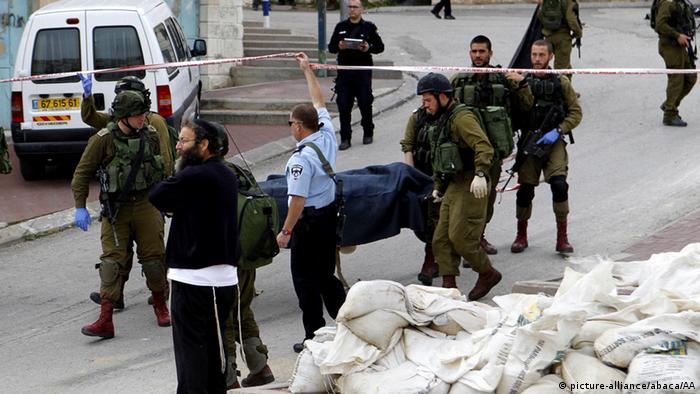 On Monday, the manslaughter trial began just south of Tel Aviv, in a military court in the coastal city of Jaffa, for an Israeli soldier shown in footage fatally shooting a wounded man in the occupied West Bank. The head of the three-judge panel read out the indictment to Elor Azaria, who sat on a bench in his uniform, his family behind him for support.

Azaria, 19, also faces charges of conduct unbecoming a member of the military. The soldier, who also holds French citizenship, killed a 21-year-old Palestinian man on March 24 in the city of Hebron, in the south of the West Bank.

A widely-circulated video showed Abdul Fatah al-Sharif lying on the ground along with another man after soldiers shot and wounded them following their knife attack on a member of Israel's military, according to the army's official account. Not present at the time of the knife attack, which left the soldier moderately wounded, Azaria then appears in the footage and shoots al-Sharif in the head - without any apparent provocation.

Azaria's lawyers say he thought al-Sharif might have intended to detonate explosives, though soldiers had immobilized him and he had none on him. The top brass of the Israeli military condemned Azaria's actions, but the soldier has found support from right-wing politicians.

Thousands of people even attended a controversial public rally in support of Azaria in April. Earlier this week, a general made controversial remarks about the fervency with which some Israelis support their military.

Last week, Israel began shelling the Gaza Strip, the other of the two territories designated for Palestinians, in response to projectiles fired by extremists.