Iceland′s grassroots constitution on thin ice | Europe| News and current affairs from around the continent | DW | 19.03.2013

Many in Iceland are hoping parliament will pass a constitution written in an unprecedented grassroots initiative, spurred by the onset of the financial crisis. But politics as usual may get in the document's way. 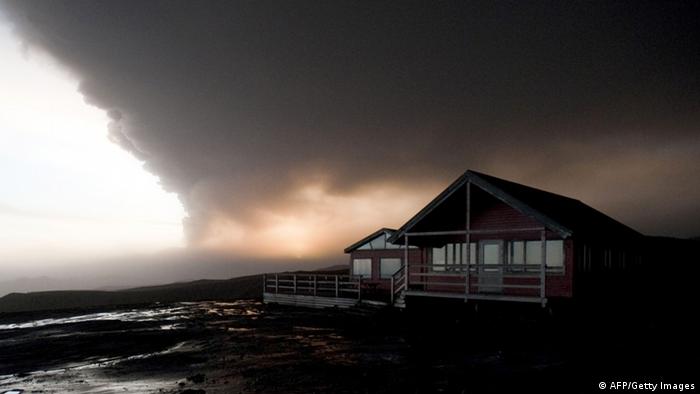 Time is running out, acknowledges parliamentarian Birgitta Jonsdottir with a sigh. She's hoping that the Icelandic parliament, the "Althing," will approve the new constitution. That's one of the last things left to do in this session before a general election in April. However, she's worried that critics will block it.

The new document has a number of unique features, including the fact that it was drawn up in a process in which every citizen had a chance to participate. The draft represents the first time that a country has tried to write a new constitution in a grassroots fashion. The financial crisis that began five years ago set the unusual project in motion.

Jonsdottir is a member of the Icelandic opposition party The Movement and she is well-known as a Wikileaks activist. She says people had lost all trust in politics as they watched their country slip into a deep crisis. The three largest banks went bankrupt, and many people lost their savings. Tensions ran high as demonstrations rocked the country. 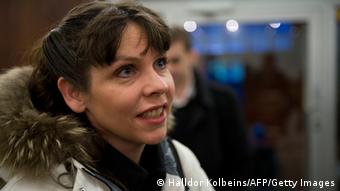 Birgitta Jonsdottir worries the constitution will not pass

In the end, however, the chaos was replaced by citizens' desire to give the country a new start.

The island's residents have been dissatisfied with their old constitution for years. When Iceland gained independence in 1944, it took on Denmark's constitution almost as it was. Many joke that the only change was crossing out the word "king.". In the past, politicians have attempted in vain to agree to wide-ranging changes.

But a group of activists saw a chance in 2009 to take a new approach to the document. With support from the former government, a coalition between the Social Democratic Alliance and the Left-Green Movement, 1,000 citizens were invited to represent all of Iceland in a brainstorming process. Statistical variation in the selection process aimed to ensure that people from various regions, men and women, old and young were all represented.

"Their job was to think about who we are and what we want," says Silja Omarsdottir. Omarsdottir, a lecturer in international relations at the University of Iceland, was one of 25 Icelandic citizens selected from over 500 volunteers to write the constitution. In a lecture available as a video online, she explains how the process unfolded. The topics of nationhood, natural resources and health care were of particular concern, as were upholding the values Iceland's people said they hold.

"Responsibility, equality, democracy, honesty, respect, human rights, justice and freedom are the values that we want to build on," she explains in the video.

Each Monday and Tuesday, three committees discussed the texts. On Wednesdays, the members of the 25-member constitutional council got together to talk things out. On Thursday, the committee published the latest version of the document on its website. Criticism and comments on individual passages were collected and incorporated in a way with which all 25 members were in agreement. Around 3,000 responses came in from various channels, Omarsdottir says, and around the same amount also came in from abroad. 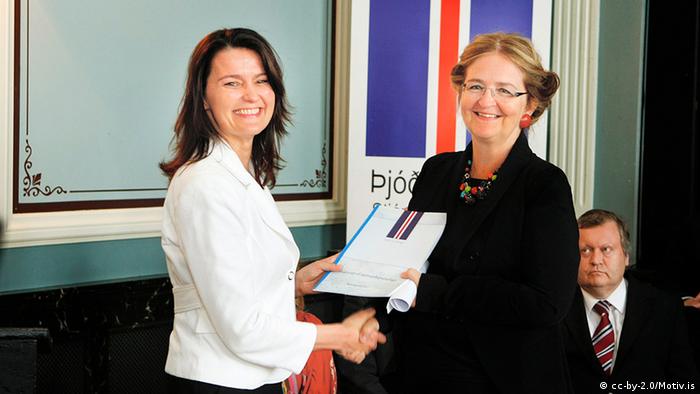 Into the politicians' hands

The final draft was ready after around four months and was sent to parliament on July 29, 2011. A non-binding referendum in October 2012 saw two-thirds of voters approve the document. Further discussions followed, above all centered on how to handle the country's natural resources. The draft stipulates that resources not yet privatized should remain in the hands of the state, which could have consequences for the fishing industry, among others. 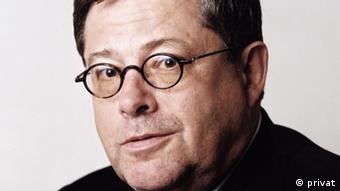 Constitutional law expert Christoph Degenhart is impressed with the draft

Observers from abroad followed the drafting process with great interest. Christoph Degenhart, an expert on constitutional law at the University of Leipzig, was impressed by the draft: "In terms of contents, the constitution is completely up to date and avoids overblown lyricism as well as overblown expressions of political and national objectives. All of that is formulated with comfortably sober restraint."

Degenhart also praises the emphasis on grassroots democracy and the important role to be played by popular referendums.

The crisis and the search for identity that followed "burned themselves deeply into Iceland's consciousness," said Ralf-Uwe Beck, a spokesman for the German association Mehr Demokratie (More Democracy), which is part of the Democracy International network.

Beck observed the process in Iceland closely and believes the nation struck the right formula: "It can't be right that a government delivers a constitution to its citizens. It only makes sense the other way around." 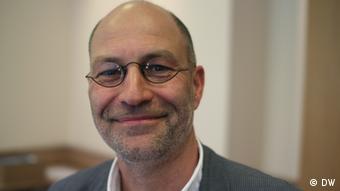 In his opinion, the use of 25 authors who had to be open to feedback offered a way of removing the process from party political conflict. But political maneuvering may cost Iceland its new constitution yet.

Some members of parliament would have preferred to work on the document themselves and bring in expert opinions, explains parliamentarian Jonsdottir. Her party, The Movement, has tried to ensure that all citizens are informed about the process, and Jonsdottir says she is pleased with the result. "There are many really beautiful changes or new articles in this constitution … I think it's the first constitution in the world that would have the internet as a right - that you have the right to have access to the internet."

In order for the new constitution to come into effect, it must be passed by both the sitting parliament and the future parliament. But the parties have already failed to agree on a date for the first vote, and they're quickly running out of time.

The global financial crisis brought Iceland to the brink of collapse in 2008. Since then, the country has recovered well by doing many things differently from the rest of the world, President Olafur Grimsson tells DW. (31.01.2013)

Iceland's leading role in geothermal power is world renowned. The tiny country wants to sell more of its excess geothermal power and expertise overseas, but the plans are particularly ambitious. (07.01.2013)

Hungary's parliament has disempowered the constitutional court by approving controversial constitutional changes, despite massive protest at home and abroad. Many view the changes as an attack on civil rights. (12.03.2013)