The global financial crisis brought Iceland to the brink of collapse in 2008. Since then, the country has recovered well by doing many things differently from the rest of the world, President Olafur Grimsson tells DW. 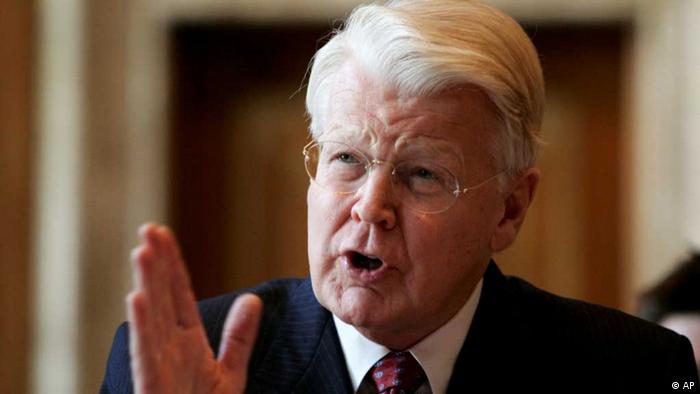 DW: A couple of years ago, Iceland was in a poor state economically - in some regards even worse off than Greece. Now, the country is in calmer waters again. How did you bring about the change?

Olafur Grimsson: Of course, there are many reasons, but there are perhaps two fundamental reasons why we're now back on the road to recovery, with economic growth and relatively low unemployment. The first dimension in our response was that we realized early on that this wasn't just a financial or economic crisis. It was also a profound political, social and even judicial crisis.

To galvanize the nation to go through times of hardship and difficulties there were a number of social and political reforms so that people would see that there was an attempt to let justice be done and to reform the decision-making mechanism. I think that in many other parts of Europe the crisis was long seen primarily as an economic and financial problem

The other dimension was that we didn't follow the traditional Western orthodoxies of how to deal with an economic crisis of this magnitude.

For example, you did not rescue any banks...

No, indeed not. We let the banks fail. They were private banks, and I've often asked the question why people consider them to be the holy churches of modern economy. Why are they different from telecommunications or railway companies or many other companies? Why shouldn't they be allowed to fail?

If you send a signal to the bankers that they can take all the risks they want to take, they will be rewarded financially in an extraordinary way. But if they fail, the bill will always be sent to taxpayers, ordinary people, fishermen, farmers, doctors, teachers, nurses and so on. But in addition we introduced currency control instruments. And we didn't introduce social austerity measures as demanded by leaders in many different parts of Europe for their own countries at the moment.

Three or four years ago, our policy measures were probably opposed by most established governmental or financial authorities in Europe. But the end result is that Iceland is now on the road to a much stronger recovery than any other European country that has faced a financial crisis in recent years. 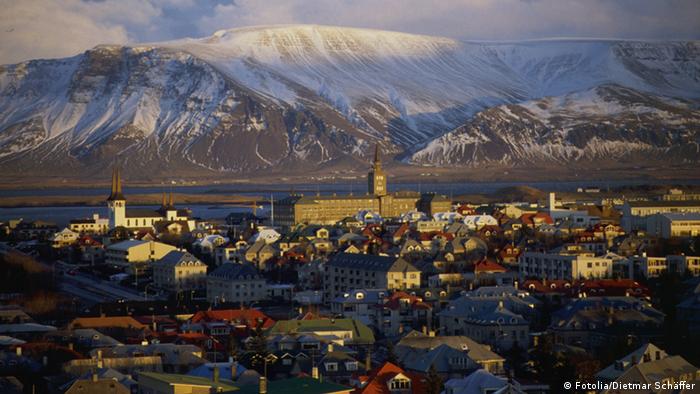 But Iceland stands out from the rest. The country is very small and can make decisions on its currency all on its own as it's not a eurozone member.

Well, of course it helped to be able to devaluate the krona. That was one of the important elements as well. But the others which I mentioned - trying to protect the welfare system, engaging people through socio-political reforms, letting the banks fail - they had nothing to do with having an independent currency. Those are all measures that could have been employed in the eurozone.

Do you think the German chancellor, the IMF chief and all other crisis managers should try and emulate Iceland?

To some extent it's correct that the Icelandic experience should be a wake-up call of sorts for others to reexamine their positions and the kind of orthodoxy which has prevailed in the past 30 years. But with respect to the IMF, it's an interesting story, because when they came to Iceland it was a challenge for them.

When the IMF program for Iceland was over about a year and a half ago, we staged a farewell conference. The high IMF officials were honest enough to recognize that they had learned a lot from the Icelandic experience. We're now going to examine and discuss the prevailing policy recommendations the IMF stuck to in the Asian financial crisis in the previous century. I think I can detect in some of the comments made by IMF chief Lagarde in recent months that she has a different perspective now than many other European leaders.

Do you believe German Chancellor Angela Merkel also has a different stance on the matter now?

I have always followed the principle of not making any direct comments on other countries, if only for the reason that I've heard so many people making comments on my country - people who were not really well-informed.

The only thing I can do is describe the Icelandic experience, the methods we've employed and challenges we've faced, and describe how we've recovered. And then other people will have to make their own judgment whether they want to learn from our experience. The small size of Iceland doesn't speak against it, I think.

Iceland is a highly developed Western country, with all the aspects of other European democracies and economies. Despite the smallness, it offers at least interesting test cases that people can use to review some of their prevailing policies which are pushing Europe into extraordinary difficulties.

Does Iceland aspire to join the European Union and the eurozone at all?

Of course, there's been a long-standing debate in my country about this. Most of the time, an overwhelming majority of citizens has been against joining the euro for the same reason that Norway voted twice to stay away, and Greenland decided to leave the European Union. There was a time when people thought it would have been easier, had they been part of the euro area. Now we know that's not the case.

If you look at the debates within Europe, or look at northern Europe, all the countries there, Greenland, Iceland, the UK, Norway, Denmark, Sweden - it's not until you come to Finland that you find a euro country. Quite clearly, the northern part of Europe has taken a different course, and most of them are actually better off than the rest of Europe.

Iceland's leading role in geothermal power is world renowned. The tiny country wants to sell more of its excess geothermal power and expertise overseas, but the plans are particularly ambitious. (07.01.2013)

Iceland as a holiday destination