Iceland's leading role in geothermal power is world renowned. The tiny country wants to sell more of its excess geothermal power and expertise overseas, but the plans are particularly ambitious. 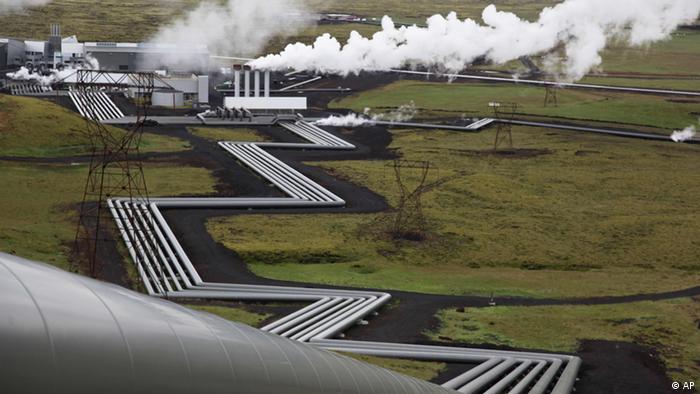 Laugardalslaug, one of Iceland’s largest outdoor pools, is a hive of activity today, despite the fact that it is the middle of winter. The water is heated by geothermal energy just like all the other outdoor pools in the country.

Geothermal energy - heat energy that is generated and stored by the Earth - is also used as a power source too across Iceland, according to Bjarni Richter, an expert with Iceland Geosurvey. The island's volcanic activity is what keeps the heat flowing. "Basically, we use the internal heat of the earth to boil water. That then turns into steam to drive turbines, and that then generates electricity," he told DW.

Some 26% of the country's power needs are covered by geothermal at the moment, which greatly reduces Iceland's reliance on fossil fuels. "We live in a volcanically active country, where we have lot of shallow high-temperature areas where it is relatively easy and inexpensive to harness heat," Richter said.

These days the country doesn't just see geothermal as a way to cover its own energy needs, it also sees it as a potential revenue stream. Since 2011, Iceland has been discussing plans to sell electricity to the rest of Europe, via a submarine cable to Scotland. At the same time, the country's economy has been in a deep crisis. 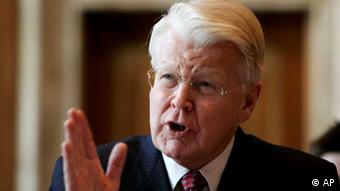 "Building an electric cable that would link Iceland to Scotland, and from there into the European grid, is of course an interesting project," Icelandic President Olafur Grimsson told DW. He says that the Icelandic power company has done an "extensive examination" of the project.

"It is technically feasible and seems to make a economic sense. So it is a project we have decided to look into in a big way," Grimsson said. "But of course it is so huge that we would never be able to carry it out, unless there is wide-ranging European and global involvement," he added.

So far, since the feasibility study by Iceland, not much has progressed with the planned power pipeline. British media, reporting on the story in April, quoted an unnamed spokesman for the UK's Department of Energy and Climate Change as saying that the idea was "very ambitious and had a long way to go".

Iceland is one of the world leaders in geothermal energy production per capita. The USA, Philippines and Indonesia are the top three producers on the basis of megawatt hours.

For more than three decades, the Icelandic government has been working with the University of the United Nations to train engineers from developing countries. More than 515 specialists from 53 countries have been trained in Reykjavik trained over the years, according to Ingvar Fridleifsson, the Director of the United Nations University Geothermal Training Programme (UNU-GTP). Even the Chinese Prime Minister Wen Jiabao visited the geothermal training program in April 2012. 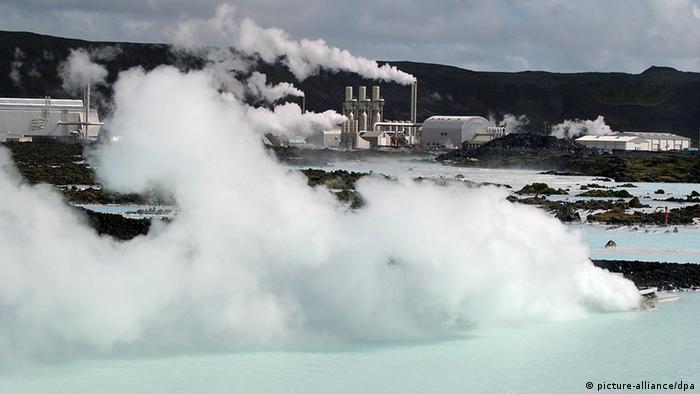 The Blue Lagoon in Grindavik near Reykjavik isn't just nice to look at, it also provides energy too

Edna Owko from Kenya is one of the students involved in the UNU-GTP. She says that because geothermal energy requires major investments at the beginning, the Icelandic know-how has been a real help for her country. "Iceland has made tremendous growth in geothermal, and we have learnt a lot from their mistakes and successes," she told DW.

Despite the financial crisis that the country is experiencing, the nation's government has continued to finance this program, as part of its contribution to the United Nation's millennium development goals. Reykjavik clearly knows that - in addition to helping the environment - geothermal energy could hold the key to the country's financial recovery.