Iceland is voting in a general election that is expected to reflect the country's fragmented political landscape. Polls suggest a record nine parties could enter parliament. 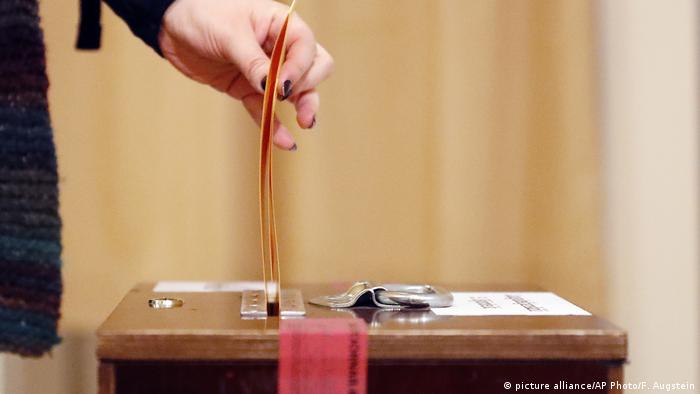 Icelanders headed to the polls on Saturday with an increasing array of possible coalitions making the outcome hard to predict.

Prime Minister Katrin Jakobsdottir, whose Left-Green Movement was in power for the first time, is seeking a second mandate.

The large number of parties that could gain seats could pose a problem, drawing support away from members of the ruling coalition and throwing up new coalition possibilities.

The country's ruling left-right coalition has enjoyed a period of relative stability, reaching the end of its four-year term.

But while Jakobsdottir is broadly popular, her party has about 10-12% support in the polls and could be set to lose several seats.

Although support is falling for the pro-business Independence Party — the largest of Iceland's political groups and part of the ruling coalition — the election result may give its leader, former Prime Minister Bjarni Benediktsson, a mandate to form a new government.

However, he was unable to carve out a clear route to become prime minister last time around and numerous other outcomes are possible.

"There is not a clear alternative to this government. If it falls and they can't continue, then it's just a free-for-all to create a new coalition," political scientist Eirikur Bergmann told the AFP news agency.

The Left-Greens, a self-styled "radical left-wing party," teamed up with some unlikely allies in 2017 to form a broad coalition. These were the pro-business Independence Party and the center-right Progressive Party.

Together the three parties have 33 of the 63 seats in Iceland's parliament, the Althing, the world's oldest surviving national parliament.

The fact that the current parliament completed its term was, in its own way, a success. A series of scandals and deepening mistrust of politicians meant that Icelanders went to the polls five times from 2007 to 2017.

What are the big issues?

Jakobsdottir has brought in a more progressive income tax system, spent more on social housing and extended parental leave for both parents.

She has also received praise for her handling of the COVID-19 crisis, with just 33 deaths in the island nation of 370,000.

However, left-wing parties want more government spending on health care, which has been the most important topic in the election.

Another key issue is climate change.

All parties in the running for seats acknowledge global warming as a force of change, particularly after an exceptionally warm summer.

But politicians dispute whether Iceland should do more to prevent climate change or use it as an opportunity for economic growth.

Polls have revealed strong support for left-leaning parties campaigning on a promise to cut carbon emissions more radically than Iceland has already committed to under the Paris climate agreement.

They want Iceland to reach carbon neutrality by 2040, a decade before most other European countries.