A Frenchman has been elected as the new president of the International Ice Hockey Federation (IIHF). Luc Tardif takes over from Rene Fasel, who stepped down after 27 years in office. 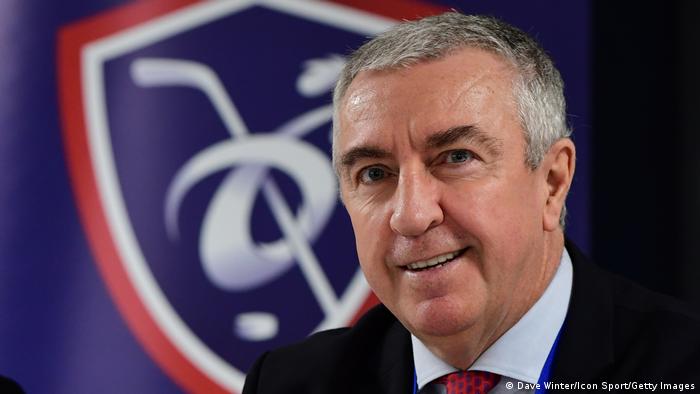 Luc Tardif of France, who was born and raised in Canada, beat Germany's Franz Reindl by 67 votes to 39 in the fourth round of voting on Saturday during the International Ice Hockey Federation's (IIHF) Semi-Annual Congress in St: Petersburg, Russia.

The 68-year-old Tardif, a native of Trois Rivieres, Quebec, has been president of the French Hockey Federation (FFH) since 2006.

"I have only my determination, my crazy passion for this sport, my sense of teamwork, my respect for the people and my honesty to offer," Tardif said shortly after the result of the vote was announced. "Believe me, I will do everything to be at the level of your expectation."

Tardif replaces Rene Fasel, 71, who did not run for reelection after 27 years in the post. The Swiss dentist and former referee will be remembered for helping get NHL players to the Olympics for the first time in Nagano in 1998. He was inducted into the IIHF Hall of Fame on Friday. 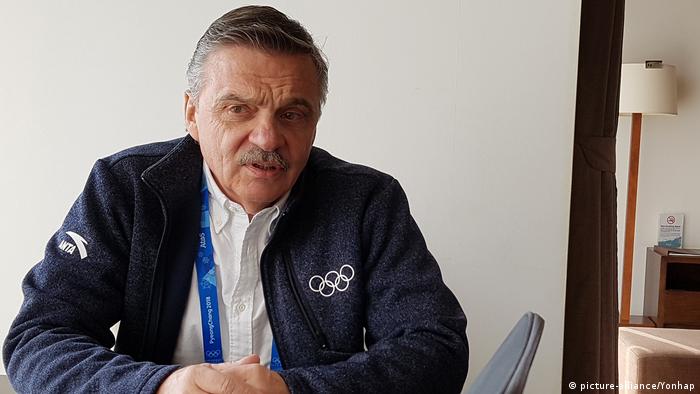 Rene Fasel had led the IIHF since his election in 1994

However, he and the IIHF were also criticized for long sticking to plans to have Belarus co-host this year's World Championship, despite a violent crackdown on protests following President Alexander Lukashenko's disputed reelection in August 2020.

The IIHF only withdrew Belarus' right to co-host the Worlds after three tournament sponsors, Skoda, Nivea and Liqui Moly, said they would cancel their involvement if games were played there.

Among Tardif's first priorities will be overseeing the hockey tournaments at next year's Winter Olympics in Beijing. The men's tournament will see the return of NHL players to the Olympics after the league declined to release its players for the last Winter Games in Pyeongchang in 2018.

For the 66-year-old Franz Reindl, the defeat means that he will remain in his post as president of the German Ice Hockey Association (DEB) until next year, when he has said he will not seek reelection.