Husband of Narges Mohammadi: 'What does this have to do with Islamic benevolence?' 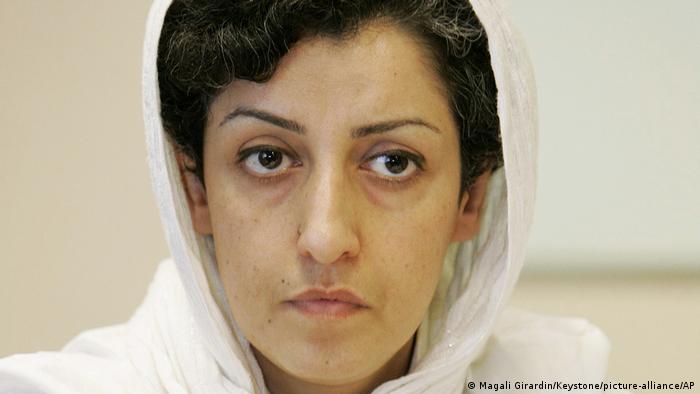 The Zanjan Provincial Prosecutor General stated: "The sentence for Ms. Mohammadi was reduced according to a recently passed law by court order and therefore she was released from custody.”

He added that Mohammidi's prison sentence had been reduced from ten to eight and a half years: "This term expired last night, so she has been released.”

This spring, the Iranian parliament had passed a law to reduce the discretionary imprisonment with the effect of reducing all such imprisonments by one level. For instance, life imprisonment was converted into so-called prison sentences of the first category.

Taghi Rahmani said that early on Thursday morning, Mohammadi was taken to her parents' house without prior notice. He stressed that his wife's sentence violated both international and Iranian law. He described the term "Islamic benevolence" used in the court's statement as nonsensical: “Islamic benevolence would mean a pardon. But the parliament merely passed a law under which Narges was released." Rahmani expressed hope that Narges Mohammadi would now be allowed to see her children again. Mohammadi's family live in France.

Mohammadi was first arrested in April 2010 and sentenced to 11 years' discretionary sentence. The sentence was subsequently reduced to six years in a Court of Appeal.

In prison she suffered from mental and physical illnesses. In the summer of 2012 she was admitted to a hospital and then released.

Mohammadi was arrested again in April 2015 while serving as deputy chairman of the Human Rights Association and sentenced to 16 years in prison - five years on charges of "gathering and conspiracy to commit a crime against the country's security", one year for "propaganda against the system" and ten years for her involvement in the political campaign Legam titled "Step by step towards the abolition of the death penalty." 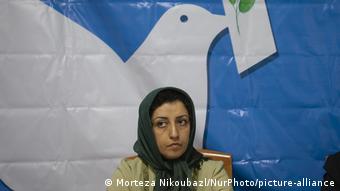 Earlier this year, the activist fell ill with the coronavirus kick-starting an international campaign for her release.