Hurricane Michael has hit the the coast of the Florida Panhandle. Thousands of people evacuated their homes ahead of the storm's arrival but others hoped to ride out the storm in their homes. 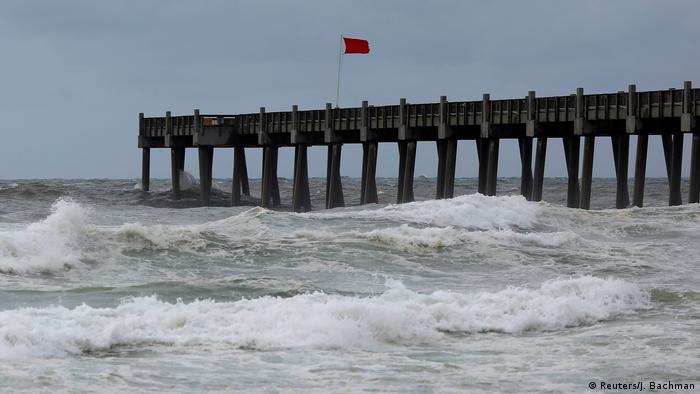 Thousands of people evacuated their homes on the state's Gulf Coast and crowded into places like local high schools to shelter from the storm.

Florida Governor Rick Scott said Michael could be the worst storm in decades to hit the state's northwest, also known as the Florida Panhandle.

As many as 180,000 residents were ordered to evacuate their homes. Most evacuations were ordered from Bay County in the panhandle, a low-lying area made up mostly of resorts and retirement communities.

US President Donald Trump issued an emergency declaration for Florida and announced on Twitter that the government was freeing up federal funds for relief operations and providing assistance for the Federal Emergency Management Agency (FEMA).

"It is imperative that you heed the directions of your State and Local Officials. Please be prepared, be careful and be SAFE!" the president tweeted.

National Hurricane Center spokesman Dennis Feltgen said "we are in new territory with now Hurricane Michael and its 130 mph sustained winds," adding that Bay County was the likely "ground zero" for the hurricane on Wednesday afternoon.

The outer bands of the storm were beginning to reach the Gulf Coast at 7am local time, with some of the worst storm surge expected to hit Florida's Tyndall Air Force Base.

According to the NHC, some parts of Florida could see storm surges of up to 13 feet (4 meters) and up to a foot of rain.

The storm is expected to weaken as it moves up into the southeastern United States.

Nevertheless, state officials have also issued a disaster declaration for Alabama and Georgia. The Carolinas, meanwhile, are still reeling from Hurricane Florence, which killed dozens and caused billions of dollars in damage last month.

However, when Florence barreled towards the Carolinas, residents had five days' notice from the time it had turned into a hurricane and the moment it hit. Michael's increasing strength effectively gave locals in Florida just two days' notice. 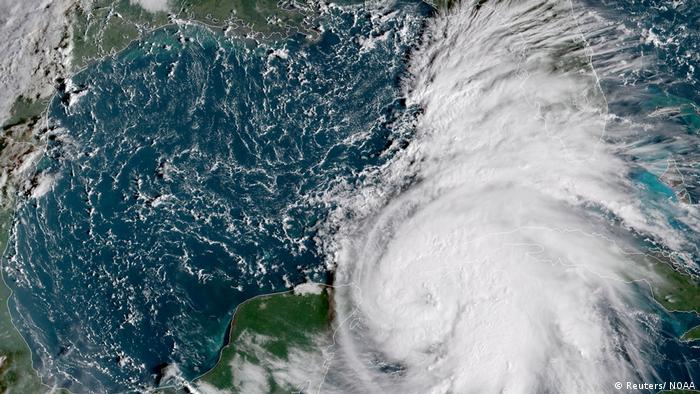 Satellite images of Hurricane Michael over the Caribbean

Climate scientists have long warned that the effects of global warming make storms more destructive and point to last year's string of hurricanes as visible evidence.

Firefighters are battling at least four wildfires in the Florida Panhandle in the northwest of the US state. The area is still recovering from a massive hurricane three years ago.

The storm system caused three deaths in Cuba and inundated parts of Florida. It came less than a week after deadly storms hit Mexico's Pacific Coast.

The storm, which already hit large parts of the Caribbean, has strengthened to a hurricane. It's already disrupting recovery and rescue efforts at the site of a collapsed apartment building in the Miami area.