Hungary has become the first of the European Union's 27 members to endorse the Lisbon Treaty. But, the bloc's biggest reforms planned in years won't take effect unless the other 26 states also agree to it. 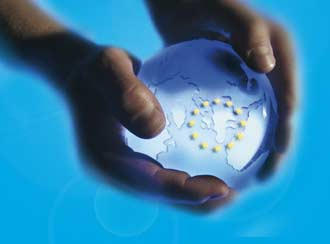 Even after the "igen" vote in Hungary, the new EU treaty remains fragile

Hungary's parliament voted 325-5 on Monday, Dec. 17, to adopt the EU's much-discussed guiding document. There were 14 abstentions.

"While there are often heated debates between the parties here in Hungary's parliament ... there is fundamental agreement on the question whether Hungary's stance is to cooperate with European integration," Prime Minister Ferenc Gyurcsany said before the vote.

The Lisbon Treaty, which is a pared down version of the EU constitution rejected by France and the Netherlands in 2005, must be approved by all member states by June 2009 for it to take effect.

Ireland will hold a referendum, according to a stipulation in its constitution, while the other members, like Hungary, will likely put the matter to a parliamentary vote. It was French and Dutch referendum votes in 2005 that doomed the document's predecessor, the Constitutional Treaty.

Treaty to whittle down bureaucracy 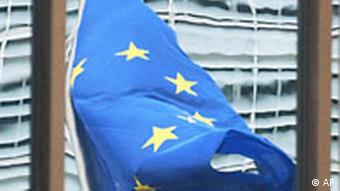 With only one vote in, it's not yet clear how the winds will blow

The deal signed by EU leaders in Lisbon last week seeks to ease the decision-making process in the bloc by replacing a system of unanimity with a majority vote.

It also foresees a new EU president, appointed for a term of up to five years, as an alternative to the current rotation system, where each member state trades off holding a six-month presidency. Portugal holds the presidency through the end of this year, when Slovenia takes over.

The Lisbon Treaty also reduces the number of members in the bloc's executive body, the European Commission, from one per member state to a total of 18.

Hungary joined the EU together with nine other central and eastern European states on May 1, 2004, raising membership from 15 to 25. Since then, Bulgaria and Romania have also joined.

Opinion: Reform Treaty Signed, but Neither Sealed nor Delivered

EU leaders said the Treaty of Lisbon would be the basis for a more modern and democratic Europe. But it remains to be seen if the reforms will meet with approval in the bloc's 27 member states, says DW's Bernd Riegert. (14.12.2007)

Leaders Commit to EU's Future by Signing the Lisbon Treaty

After a long and painstaking road, the EU has a new roadmap into the future. But while the Lisbon Treaty hints at a future of cooperation, one absent leader reminded all that old habits die hard. (13.12.2007)

Chancellor Merkel praised the EU reform treaty she was largely responsible for keeping on track. She will attend the document's signing. But amid calls for a referendum, another EU leader's absence will be conspicuous. (12.12.2007)

The EU's Web site provides more information on the treaty