Hundreds of thousands protest across France against labor reforms

Nationwide strikes are being held in France to reject a government reform which would relax the 35-hour working week and other labor rules. Public transport, hospitals and schools have all been affected. 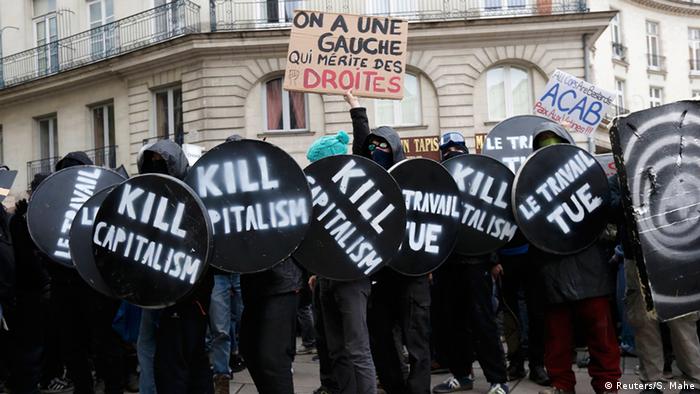 Employee unions and student organizations joined forces on Thursday as they called for protests across France to reject the Socialist government's bill, which they consider as badly damaging to hard-fought worker protections.

Under the proposed reforms, France's current 35-hour working week would be maintained, but companies would also be permitted to organize alternative working times, including a working week of up to 48 hours and 12-hour days. In "exceptional circumstances," employees could work up to 60 hours a week.

France's Socialist government, as well as many French businesses, claim, however, that the reforms would give more flexibility to the labor market, while securing the careers of employees in a country where unemployment currently sits at 10 percent and where small businesses are reluctant to hire.

The reforms are scheduled to be taken up by parliament's social affairs committee on April 5 and by a full parliamentary sitting in late April or early May. 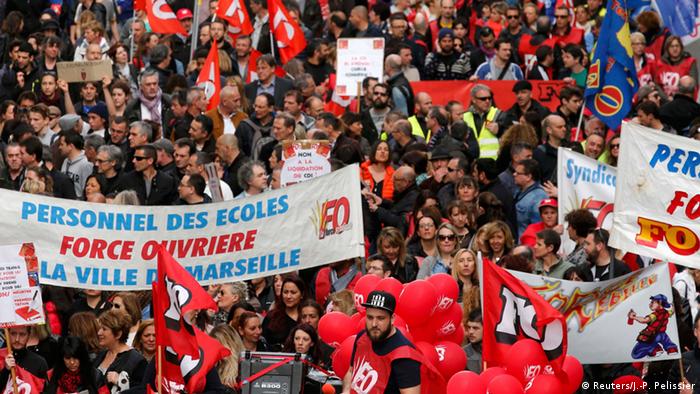 "It is necessary that people express their worries," French labor minister Myriam El Khomri said on Thursday. "Some trade unions are using the right to be on strike and demonstrate and it is legitimate," she added.

The strikes on Thursday resulted in the cancellation of 20 percent of flights at Paris' Orly Airport. Paris' Charles de Gaulle Airport was not affected, however.

Back on the ground, French state railway company SNCF warned of disruptions to national and regional train traffic, although International lines to London and Brussels should not be affected.

In the capital, the iconic Eiffel Tower was closed all day, with the monument's operator saying in a statement that there were too few staff to open the tower with "sufficient security and reception conditions." 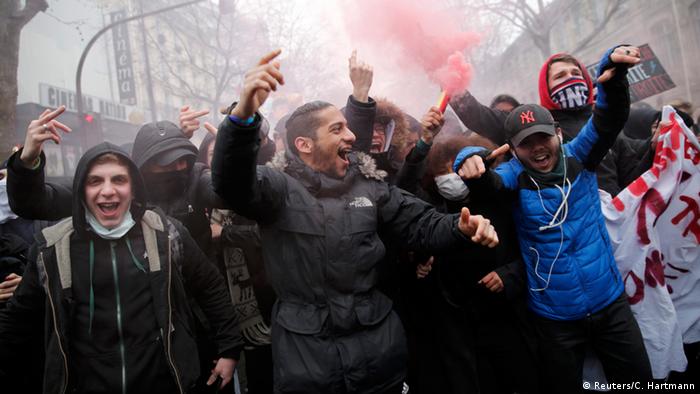 The demonstrations on Thursday came just a day after President Francois Hollande was forced to scrap his government's planned constitutional reforms that would have stripped terrorists of their nationality.

After four months of heated debate in the French National assembly, Hollande said on Wednesday that the largely opposition-dominated Senate had failed to reach an agreement on the proposed changes.

This week's setbacks are likely to further hinder Hollande's chances in the upcoming presidential election. According to the most recent poll published by Ipsos-Sopra Steria on Wednesday, Hollande would currently be eliminated in the first round of elections, regardless of his opponent.

French President Francois Hollande has ordered an additional 3,000 security professionals for the football tournament. Surveillance will be tightened in light of the recent attacks in Paris and Brussels. (29.03.2016)