Officers and troops in Nigeria are facing court martial for their conduct in the conflict with Islamist terror group Boko Haram in the north of the country. The trials are being held in secret. 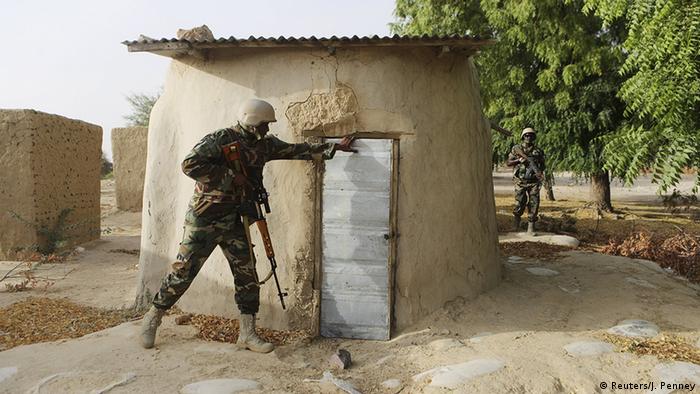 Usman gave no details of when the trials began but said on Wednesday: "We have about 473 officers and soldiers being tried at the Army Headquarters Garrison and 106 in 81 Division." He did not specify the charges.

A human rights lawyer working on the case, Femi Falana, said the charges included "cowardice, mutiny and disobedience to authorities."

The lawyer called the trials "a travesty." He said they were being held in secret because evidence provided by his clients was a condemnation of Nigeria's military establishment, indicating corrupt officers often divert money meant for salaries and arms.

Falana said the army was making scapegoats of inexperienced soldiers. His clients were aged between 21 and 25 years and had often been sent to fight with minimal training and inadequate weapons.

In the cases last year, many of the troops said they had fled the fighting when they ran out of bullets. They complained that the Boko Haram, Islamist fighters, were better armed than Nigerian troops.

Falana and other lawyers have appealed to the Federal High Court to overturn the convictions and death sentences imposed last year, arguing the courts martial were unconstitutional as they were not fair trials.