At least 800 people have died since the start of the Oromo protests in Ethiopia one year ago, according to Amnesty International. Thousands have been detained after the government imposed a state of emergency. 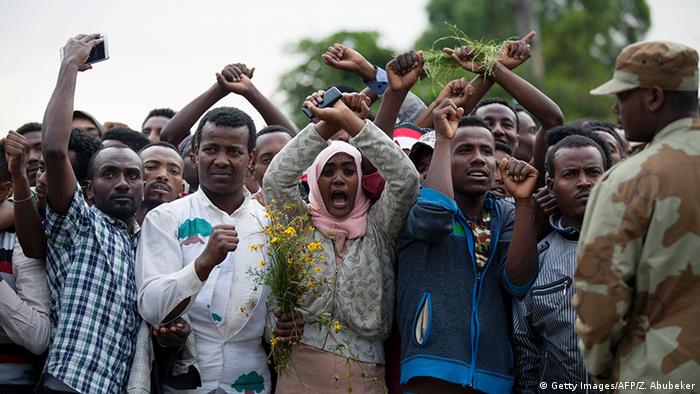 Protests against the Ethiopian government erupted around the capital Addis Ababa on November 12, 2015. Since then, they have flared up time and again with frequent outbreaks of violence. The Oromo, Ethiopia's largest ethnic group, have taken to the streets to complain about what they perceive as marginalization and persecution by the central government.

Amnesty International stated that at least 800 people have died at the hands of security forces since the protests started one year ago. The demonstrations were triggered by the government's plans to extend its administrative powers into Oromia, the region of the Oromo people.

Although these plans were scrapped, the protests continued with the Oromo people demanding respect for human rights. They make up almost 40 percent of Ethiopia's 102 million inhabitants. However, they have little influence on how the country is being run. 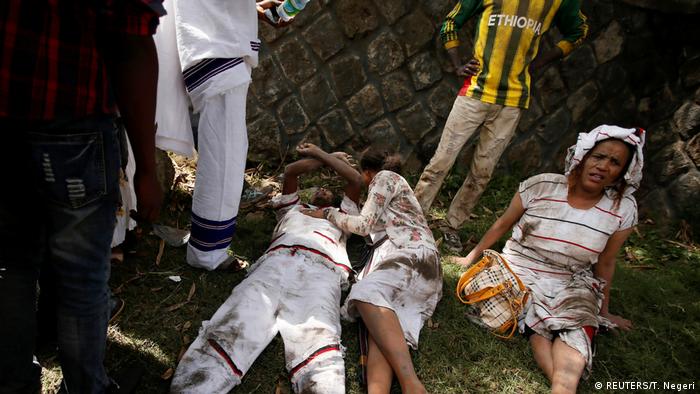 The Oromo protests made international headlines when the Ethiopian long distance runner Feyisa Lilesa - a member of the Oromo community - reached the finishing line raising his crossed hands at the Rio 2016 Olympics. The crossed hands have become the symbol of the anti-government movement which started in the Oromia region and spread north to the Amhara region.

Ethiopian state TV reported on Saturday that more than 11,000 people have been arrested since the state of emergency was introduced. The emergency rule which began on October 9 is expected to last for six months, but it could be extended if the authorities consider that the security situation is not stable.

Last month, the government declared a state of emergency after dozens of people were killed during the Oromo Ireecha thanksgiving festival which later turned into an anti-government protest. Since the state of emergency was imposed, no protests have been reported. But that was not the end of the story, Amnesty International's Fisseha Tekle told DW. "The fact that the protests are not happening right now does not mean that everything is cool or everything has subsided," Tekle said.

"It's a matter of time before the protestors come back to the streets."

On the DW Amharic Facebook page, users have been sharing their views on the state of emergency and the protests one year after they started. Tamire Tadege said the [Ethiopian] government had the responsibility to protect vulnerable citizens against those who created chaos and disrupted infrastructure. Another user, Yehager Lii, stated: "The TPLF-led government [Tigrayan People's Liberation Front, which is part of the ruling coalition in Ethiopia] declared the state of emergency not to protect citizens but to reduce the tension and to weaken both the Amhara and Oromo protests." Lii thinks the state of emergency would deepen the crisis instead of solving it. 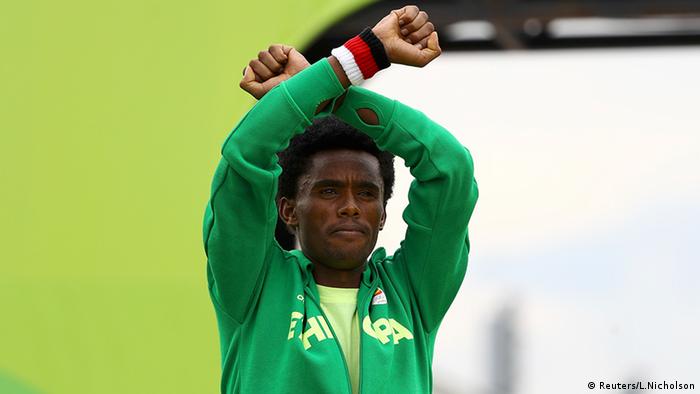 Government press officer Mohamed Said told DW there was light at the end of the tunnel: "We hope it [the protests] will not break out again. The people of Ethiopia are talking to the government and there will be a long-term solution."

Fisseha Tekle said the Oromo people have been complaining about injustice for a long time: "This is reflected not only in terms of economy but also in terms of political power."

Earlier this month, the government reacted by appointing five new cabinet ministers with an Oromo background. For opposition leader Merera Gudina, this move was "too little, too late" to curb the protests. Facebook user Nigatu Berhanu commented on these developments: "We need a fundamental change, not a change of political leaders."

With the state of emergency in place, Amnesty International has reported human rights violations, including arbitrary mass arrests, restricted media access and internet censorship in Ethiopia. When asked by DW, the government did not directly respond to these allegations. But spokesman Mohamed Said called for patience: "We have to wait for the Ethiopian Human Rights Commission. This independent body will investigate the whole damage, including the deaths."

Malte Rohwer-Kahlmann and Merga Bula contributed to this article.

Ethiopia has curbed foreign diplomats' travel and banned access to foreign-based opposition media in latest provisions tacked on to the state of emergency, introduced in response to a wave of anti-government protests. (18.10.2016)

In Addis Ababa, German Chancellor Angela Merkel urged the Ethiopian government to be wary of using brutal police tactics against demonstrators and called on African Union states to help end the chaos in Libya. (11.10.2016)