Some 80,000 heavy metal fans will be heading to Wacken Open Air in Germany next week. After the recent spate of violent attacks in Germany, the festival's co-founder Thomas Jensen explains its approach to safety. 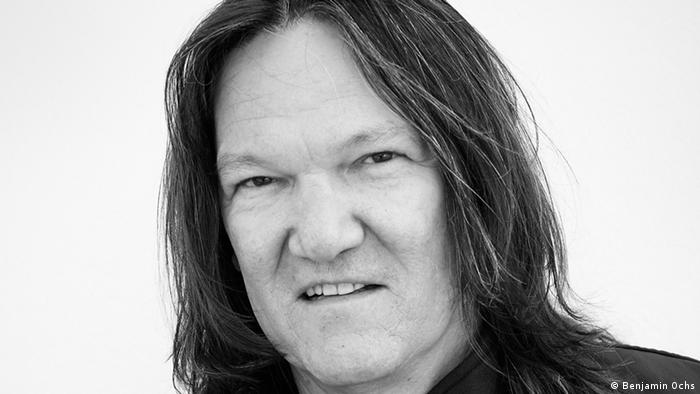 DW: What did you immediately think of when you heard about the attack in Ansbach last Sunday?

Thomas Jensen: I felt quite shocked. I mean, it's just like in Paris. People go someplace because they just want to have a good time. When something like this happens, it's terrible. Nobody needs that.

Was your next thought about this year's Wacken festival?

We are all aware of the risks, and the events in Ansbach have only reinforced that. But we already knew about the threat.

How do you intend to ensure festival visitors' safety?

Basically, we have been working very closely for many years with what we call BOS in German: "Behörden" (authorities), "Organisation" (organizers) and "Sicherheit" (security).

We always meet with them before and during the festival. The police is there, emergency services, regulatory authorities, private security companies, and us as the organizers of the event. Two years ago, we all took a course on security organized by the Federal Office of Civil Protection and Disaster Assistance together. We went through certain scenarios in real time, including severe weather disturbances and terrorism. 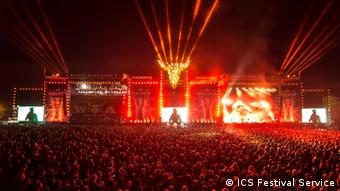 We learned that communication and working together are the key. You have you figure out really quickly what happened and who is responsible. Our fans are the most important thing to consider. They're seen by everybody - the authorities, the police and medical services - as our guests, and there is a strong emotional connection. What we want the most is for them to get here safely and enjoy a great, safe festival.

Have you taken any additional security measures following the recent acts of violence in Germany?

Security is always an issue for us. After the attack in Paris at the Bataclan concert venue, we analyzed the scenario with the police and gained some important insights. The police told us what we need to look out for. They have the most experience and best training in these matters. During one of our recent security meetings we decided to ban backpacks and all kinds of bags from the festival grounds. The main reason for this is to simplify the individual searches at the entrance. Searching backpacks takes up a lot of time.

So you would have made the same decision regardless of last week's events?

No, we actually did decide on these measures after the recent events. Wacken stands for total freedom on this one weekend, and we want metal fans from all over the world to celebrate a big party together, but we believe that it is easier to keep tabs on things this way - which is in everybody's best interest in the current climate.

Have there been any further improvements regarding security?

No. The standard was already very high. After the Love Parade catastrophe in 2010 [Eds.: 21 people were killed when the crowd piled up in a narrow tunnel.], we went through all of our security measures and found that our crew as well as the authorities are all well positioned, and we're already doing just about everything that can be done for security.

Do event organizers need to rethink things in the future, now that violent attacks have become a reality in Germany?

We definitely should not start to generalize. We have to look at each story and situation individually. Of course we've seen a horrible series of events, and subjectively it feels like everything is terrible right now. But - to light a candle of hope - I heard a criminologist's analysis and he said that the statistics for violence in Germany have sunk dramatically. We have to remember that. And we have to motivate ourselves and say, how do we want to live? I still want to go to cultural events.

Nevertheless, the possibility of a terror attack is a new situation that threatens the civilian population. 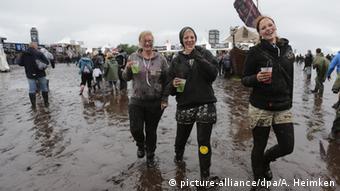 Things got quite muddy at Wacken 2015

Well, it's not that Europe has never experienced terror in the past. Let me tell you a story. An Irish punk band, which I'm a fan of, played in Bataclan after the attack. After the show, the band members said, "Feels like Belfast in the 80s."

There was also a lot of terror in the Basque region and unfortunately also in Northern Ireland then. I think we all have to think about how we want to live and how we achieve that. We live in a democracy. Our dictum is to establish as much freedom as possible. And there are risks attached to that.

Will you be relaxed when you attend the festival?

I'll be attentive. The risk of terror is not higher than the risk of bad weather. In the past few years, we've have bad weather… but everyone stuck together and still had a party, even though they were hip-deep in mud, and that says a lot about these scene.

We're a community that wants to celebrate this music on that weekend while having a party together. We're not going to question that because of the weather or anything else. As organizers, we're also responsible for that.

It might sound cheesy but we have a thoroughly competent team with a common goal. We have a common goal in society - to all stay calm and relaxed and go to big events - and if we have this goal, then it must be reachable. We can't always talk about what's not possible but we have to see what is possible.

DW spoke to Klaus Hurrelmann, author of the German foreword to a book on US school killings found in the Munich gunman's possession. He explains how shooting sprees can be prevented. (26.07.2016)

Highlights of the 2015 Wacken Metal Battle

Wacken Open Air in northern Germany is the biggest heavy metal festival on the planet. The Metal Battle section pits 30 up-and-coming bands from around the world against each other. We present three of them. (22.07.2016)

From trash butlers and bike lots to regionally grown food, Denmark's NorthSide music festival is setting trends for its environmentally-friendly policies and cleanliness. But is it catching on with music fans? (30.06.2016)

Denmark's NorthSide: How to put on a green music festival

It's been a long wait for heavy metal fans. But now, after a two year hiatus during the pandemic, one of the world's biggest heavy metal festivals is back. Wacken is once again hosting 85,000 metal fans for three days in a field in northern Germany.