How Spain seeks to prop up its young and desperate generation | Business | Economy and finance news from a German perspective | DW | 20.10.2021

How Spain seeks to prop up its young and desperate generation 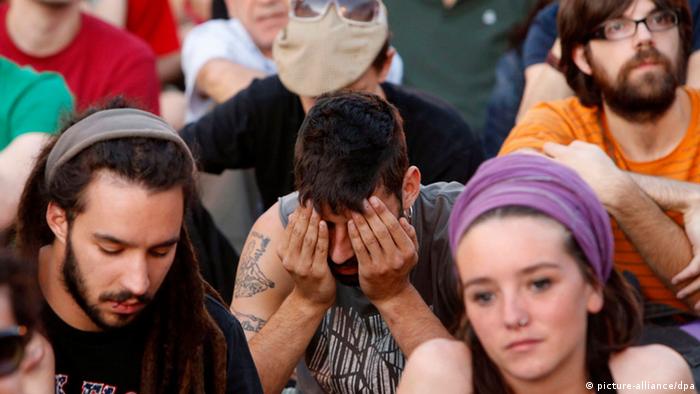 Ivan Rosero is 22 years old, and he frankly admits that he's not getting along well with his parents these days. Yet, he continues to live with them in the family's house, and says that he has neither the will nor the money to move out.

Rosero belongs to the majority of young Spaniards who are unable to move out of their parents' house before turning 30 — four years later than the average for the whole of the European Union. Spain's political leaders have long used the country's traditionally close family relations as an excuse for inaction on the rising social problem. And while the government has saved itself the expense of a national program, a whole generation of young people has apparently put up with staying longer with their parents. 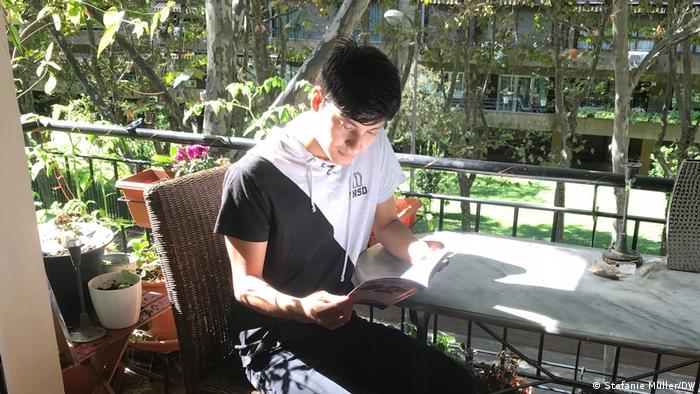 Undergoing vocational training as a video technician, Ivan Rosero currently earns nothing to support himself

But change is on its way, if plans by the government of leftist Prime Minister Pedro Sanchez are approved by parliament. Under his 2022 budget proposal, Sanchez is planning to offer young people a state allowance of €250 ($289) a month to incentivize them to move out of their parents' houses and apartments.

The stipend would give young people "access to decent rental housing," Sanchez said when he announced the proposal on October 7. All adults between 18 and 35 who earn less than €23,725 per year would be eligible.

The proposal comes at a time when Spain is experiencing a high youth unemployment rate.

According to Eurostat research, a huge problem for young people in Spain has been a bumpy road to tertiary qualifications, which is hardly ever a guarantee for employment in the country. Degrees are the longest in the EU, typically taking 4 years to complete.

An added irritation is low wages, prompting many to just look for internships or continue to study in the hopes of improving future employment prospects. There's also been an overreliance on the public sector for stable employment.

Some 40% of all 29-year-olds have no regular paying job, and there's a shrinking rental market and rising rents.

In addition to rental support, Sanchez now wants to introduce a cultural bonus of €400 for all young people who turn 18, costing the government a "little more than €200 million," according to his figures. The aim of the initiative is to foster cultural activity in Spain after the crisis caused by the COVID-19 pandemic. 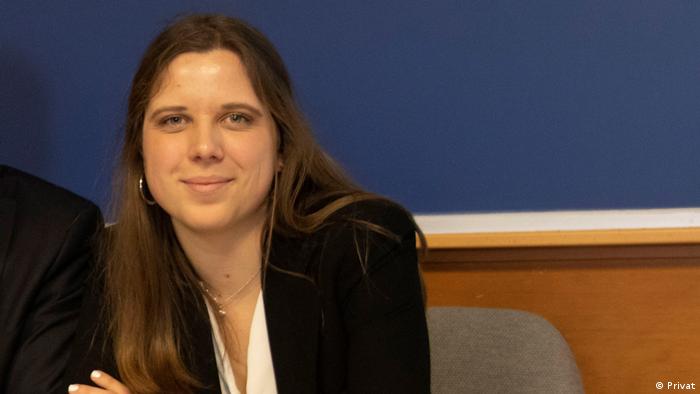 Meanwhile, 21-year-old Julieta Martinez, who is currently on a student exchange program in the northwestern German town of Münster, is surprised about the large number of job offerings for students in Germany.

"Here it's so uncomplicated to get a flexible student job, and on top of it there are cheap rentals and a state-run benefit program available for students," she said. Nothing similar could be found in Spain, she told DW, quite the contrary: "Employers in Spain always want job experience, but how can we obtain that if we are not even able to get hold of a student job?"

Here, too, the Sanchez government wants to introduce labor market reforms that aim to improve the image of job training. For that, he's planning to use part of the €140 billion in funding Spain will receive from Brussels under the European Union's "Next Generation EU" pandemic recovery program. The government, employers and trade unions have already agreed to raise the national minimum wage to €950 a month, cut the huge number of precarious work contracts and install a model of vocational training resembling that in Germany.

These Spanish labor market reforms are the brainchild of Yolanda Diaz, the country's minister for labor and social economy and second deputy prime minister in the government coalition.

"We need to start reforming our education system to make it compatible with the needs of the market and so reduce the high unemployment rate among our youth," she said, adding that too many young people obtained a university degree just to end up as taxi drivers.

The 50-year-old leader of the United Left (IU) is believed to be the new rising star in the Sanchez cabinet. Success in reforming the labor and education systems is deemed crucial for Sanchez and his campaign to win a third term in the 2023 elections. A key element in Diaz's reforms is reducing Spain's huge school dropout rate of 16% — the highest in all of Europe.

So far, however, it remains unclear if the youth-friendly reform proposals will find a majority during a vote on the 2022 budget in parliament in December.

"My sister is 26, and she's also still living at home with our parents. We are both feeling that we're stuck somehow," said Ivan Rosero, adding that he supported the reform policies proposed by Diaz.

Diaz has repeatedly warned against "US-style social conditions" in Spain that would "nurture conflict and violence in our cities" if inequality would be allowed to increase. The labor minister has found a like-minded ally in Raquel Sanchez Jimenez, Spain's minister of transport, mobility and urban agendas.

A member of the Socialist Party, Jimenez has raised the property tax for unoccupied rental housing under efforts to curb speculation and lower rents and house prices. According to the country's INE statistics office, about 3.4 million apartments are empty, with landlords speculating on rising prices.

Jimenez and Diaz both agree that Spain has to explore entirely new ways to stop an emerging social crisis that has hit the young generation in particular. "Young people have been suffering the most from the economic crisis in the 1990s, from the debt crisis in 2010, and now again, from the coronavirus crisis. We can no longer solve our problems on the backs of young people," Diaz warned.