How kids in Germany are using Playmobil to reenact the Protestant Reformation | Culture | Arts, music and lifestyle reporting from Germany | DW | 27.04.2017

From Martin Luther narrowly missing a lightning strike to his 95 theses, children in Germany have replicated scenes from the reformer's life - using Playmobil. They are on show to mark 500 years since the Reformation. 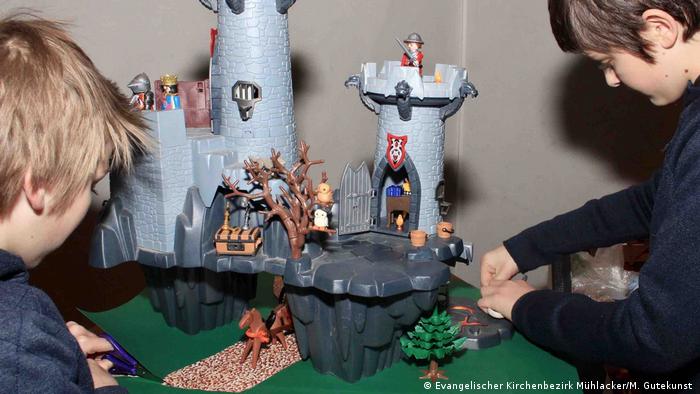 A project created by a child is something other children are bound to understand. Presumably, that's also true for adults, in particular if the kids use a popular type of toy found in every German child's toy box - Playmobil figures.

The exhibition "Es begann mit Luther" (It Started with Luther) in Mühlacker parish, which is situated between Stuttgart and Karlsruhe, has been on show since Reformation Day 2016, that is, October 31. It was primarily children who created the exhibition using tiny plastic Playmobil figures to recreate six key historical events in the life of Martin Luther.

One of the scenes depicts how the young law student, walking in the countryside, was almost hit by lightening near the town of Stotternheim, which is close to Erfurt. Spared, he promises God he will join a monastery - which is one of the conditions that much later led to the monk becoming a church reformer. 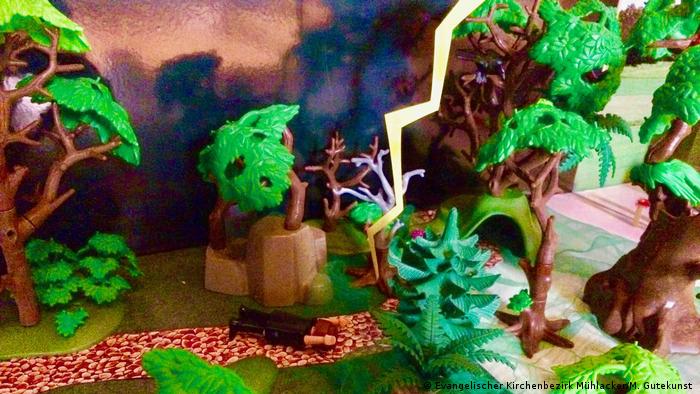 An eerie place for Luther's vow

The scene looks like this: There's a dark, stormy-looking landscape with a picture of lightning in the background. In the foreground, there's a forest with a path wandering through it. There are also signs around, with the names "Stotternheim" and "Erfurt" printed on them. Trees abound, with a big rock planted among them. One of the trees no longer has branches, with a flash of lightning 25 centimeters long hitting the tree and running into the ground. 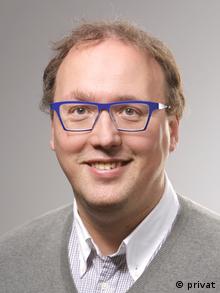 In front of that stands a Playmobil figure dressed in black, with its hands held upward. It is the moment in which Luther makes his vow. Looking more closely, one discovers a small family of hedgehogs who are searching for shelter. Crows and owls sit in the trees; rabbits sit in the brush. Everything has been rendered in as much minute detail as possible.

Many small hands at work

"A church youth group from Wiernsheim wanted to build all of that," Michael Gutekunst, deacon of the Protestant Church Community of Mühlacker, told DW. Some 20 children between the ages of six and 12 and four church employees gave it their all for the exhibition. In addition to the first scene, the exhibition shows Luther studying as a monk in a monastery, the posting of his theses in Wittenberg, him at the Diet of Worms, Luther as a Bible translator at the Wartburg in Thüringen, and Luther as a family man. That is the biographical part.

Then the "It Started with Luther" exhibition shows another five scenes which depict what Luther's ideas inspired and spurred on over the course of centuries. "Those are developments we can actually see play out in everyday life, such as general school education or a certain notion of what a job means, which, according to Luther, has to do with a calling and finding meaning in life," said Gutekunst. 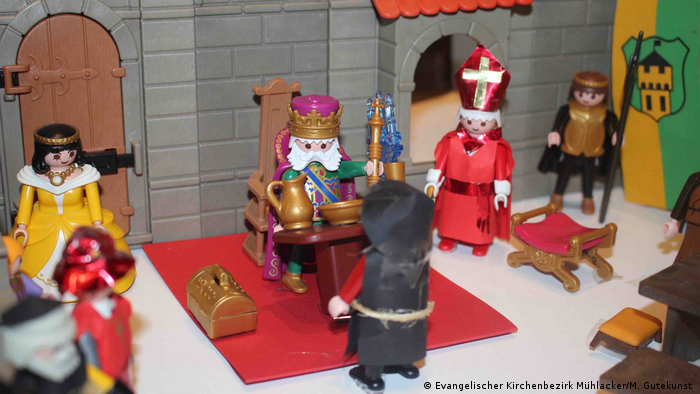 The many stations of Luther's journey to the Reformation

Luther also had a profound effect on church music, and thus, music itself - lending it new sounds and forms. The Playmobil figures also depict community life in the church and the Protestant Church today. At each scene "station," short texts provide background information.

A call for Playmobil figures

They are 11 scenes including 166 figures depicting people and 45 depicting animals, and along with it, castles, trees, and decorations. It was a major undertaking that required a great deal of planning. "Everything started back in 2015 with the basic idea of the former deacon," Gutekunst said. Then, in the spring of 2016, he, the managing director of the church district, a youth group spokesperson and another community deacon developed the concept and got the project off the ground. 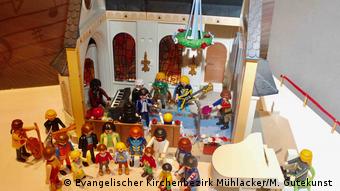 Playmobil figures were gathered through donations and eBay purchases

"We presented the concept on our homepage, on signs, and in newspapers, and said we were looking for Playmobil figures. We were looking for monks, knights, and Medieval buildings," he said. The response was overwhelming, said the deacon, who is responsible for public relations and media education for the regional church community. "We then bought a few more things on Ebay and other sites," he added. Everything was then reviewed and appropriately sorted.

Creative play as an incentive

After the summer holidays, it was crunch mode for "It Started with Luther," with the church youth group from Wiernsheim participating in the project. The organizers explained the intended stations for the exhibition and gave the group the Playmobil material.

"The kids painted, did arts and crafts, cut out little paths, and designed the background scenery," Gutekunst said. Everything went smoothly and without strife, he said, because the kids were so enthused about the fact that they could work creatively. 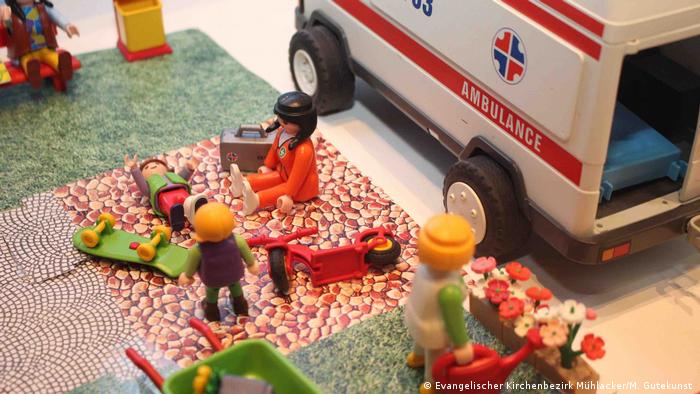 The Reformation continues to resonate through modern life

"We want to show the journey Luther underwent and what the Reformation has inspired over the course of 500 years," said Gutekunst. The organizers have apparently achieved their goal, as the reactions to the exhibition have been positive. "The comment I have continually heard has been 'I learned something from your exhibition'" Gutekunst noted.

"One woman around 50 years old visited the exhibition several times, describing the scenes as 'teeming with life' in which you can discover a great deal,'" he said.

The exihibition "It Started with Luther" is traveling to 10 different locations in the Mühlacker Protestant Church district, and is currently on show through May 4 at Maulbronn Monastery, which is a UNESCO Cultural Heritage site.

Those not in the area but interested in viewing the colorful exhibition about Protestant Reformation history, however, can do so on YouTube. "We made an animated film about it with 12 young people who are training to become youth group leaders," Gutekunst said. The youth were quite adept at exploring church history and modern day life by way of computer tablets, he noted.

"We don't want the exhibition and the cartoon just to convey church history, but also to portray the religious beliefs of the Protestant Church - that there is a gracious, loving God who accompanies people through their life journey, " said Gutekunst.

Don't you know Martin Luther? Why not? Admittedly, the man last made headlines 500 years ago. What's more, there is very little information about him and his life, and it usually consists of half-truths and legends. (12.03.2017)

They worship the same God, but the principles of their faith are different. Five hundred years after the Reformation,there are still painful divisions between Protestants and Catholics. (10.03.2017)