How blunt can Turkish caricaturists be?

Would Erdogan rather be compared to Hitler or an animal? An exhibition of Turkish caricatures in Germany shows where the boundaries of free speech are in Turkey a year after the failed coup attempt.

It's ok to portray Turkish President Recep Tayyip Erdogan with a Hitler mustache, but not as an animal. That would simply be too belittling, says Sabine Küper-Busch, who lives in Istanbul and curated the exhibition "Schluss mit Lustig - Aktuelle Satire aus der Türkei" (Get serious - current satire from Turkey).

Even a caricature depicting two sheep saying they no longer want to be watched over by Shepherd Erdogan would also be considered unacceptable in Turkey. A particular cartoon bearing that image has already been the subject of a legal investigation - even though the Hitler comparison didn't ruffle any official feathers.

The image of Erdogan as the former Nazi dictator, which was a cover of the caricature magazine "LeMan," is on show from July 20 through August 27 at the Caricatura Gallery in Kassel, along with 70 other works by 50 prominent Turkish cartoonists. It may be hard to predict which comparisons will disturb Erdogan

Two films are also part of the exhibition, as are two empty canvases which are to be filled over the course of the show.

The boundaries of freedom of expression

What's interesting is that a number of the works had been published in Turkey before they came to central Germany - without negative consequences for the artists.

Visitors to the exhibition get an impression of how far caricaturists in Turkey can go with their drawings of Erdogan - although that fine line has also been moving since the coup attempt in July 2016.

For the Kassel exhibition, the texts on the drawings have been translated into German, and guided tours are offered in both German and Turkish to explain the deeper meaning behind the works. 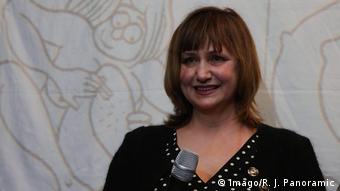 The caricatures not only focus on Erdogan, but also criticize Turkish society as a whole. They also touch on women's issues, sexual taboos, the refugee crisis and even US President Donald Trump.

Caricaturist Ramize Erer, who lives in both Istanbul and Paris, concedes that many of her colleagues are currently subjecting themselves to self-censorship. "Everyone considers very carefully what they're going to draw," she said.

These days, cartoonists only rarely dare to touch on political issues, since numerous investigations into claims of offending the president have been launched.

One cartoonist is also among the 160 journalists currently in prison in Turkey, commented curator Küper-Busch. Even though there is no official censorship, the threat of an investigation is very real, she added.

Last year, for example, two caricaturists from the satirical magazine Penguen were subjected to hefty fines for offending Erdogan. 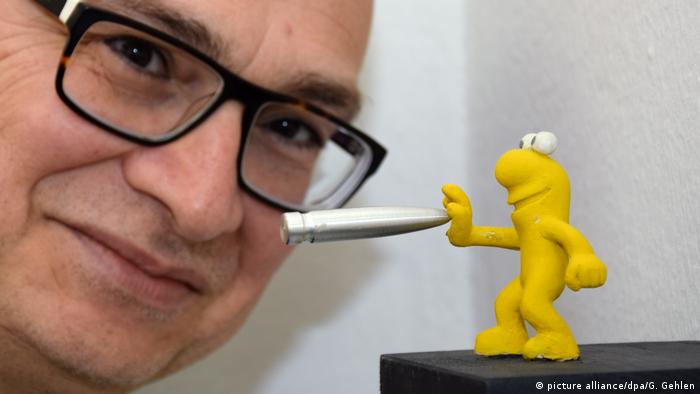 For these reasons, caricaturist Tan Cemal Genç publishes his work mainly on social media platforms, which he says the authorities are less in tune to.

A Dutch comedy show produced a video spoofing Trump, inviting him to put "the Netherlands second" - and it went viral. Now comedians throughout Europe are replying with their own fake ad. (03.02.2017)

How far do cartoonists dare to go in Turkey, as free press is increasingly muzzled in the country? The Caricatura Gallery in Kassel shows a few examples of their work in a new exhibition. (20.07.2017)