A Dutch comedy show produced a video spoofing Trump, inviting him to put "the Netherlands second" - and it went viral. Now comedians throughout Europe are replying with their own fake ad. 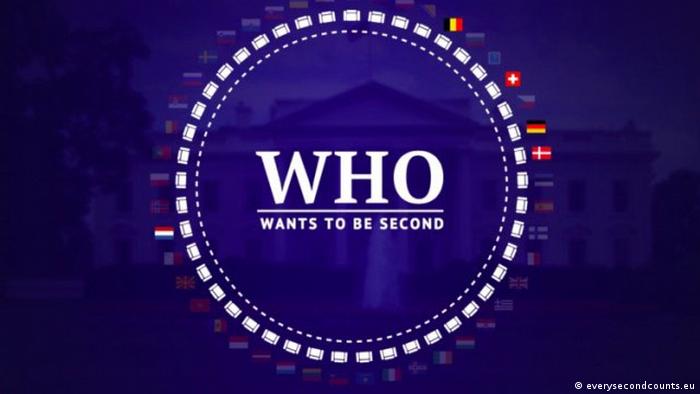 Shortly after Trump's inaugural declaration that from now on, it would be only "America First," a Dutch comedy show called "Zondag Met Lubach" parodied the new US president's rhetoric, absurdly promoting all the reasons why the Netherlands should come in second. The clip went viral.

Now late night shows throughout Europe are offering similar pitches using the same format. The spoof tourism ads are addressed to Trump, and narrated in his own style. The clips are collected on the website EverySecondCounts.eu.

Switzerland, Portugal, Lithuania, Denmark and Germany were among the first to have published their replies.

Germany's 'best history in the world'

It includes a reminder of the last time Germany tried to put itself first:

"Germany has a great history. We actually - it's true - have the best history in the world. Great politicians, great leader. So smart. Great hair, great suit: Look at his suit. He made Germany great again," says the Trump-like voice on images of Hitler.

The clip also boasts how Germany built a great wall- and let the Russians pay for it, in reference to Trump's controversial plans to build a wall on the Mexican border.

"Neo Magazin Royale" also received a German Television Award on Thursday, for best late-night entertainment show. Host Jan Böhmermann made international headlines in 2016 with his snide poem on Turkish president Erdogan, which led to penal proceedings that were later discontinued.