How a quantum computer works

Performing an unimaginable number of operations in the shortest time possible, quantum computers inspire the imagination. Their task: to crack complicated equations. But how they do it is less simple. 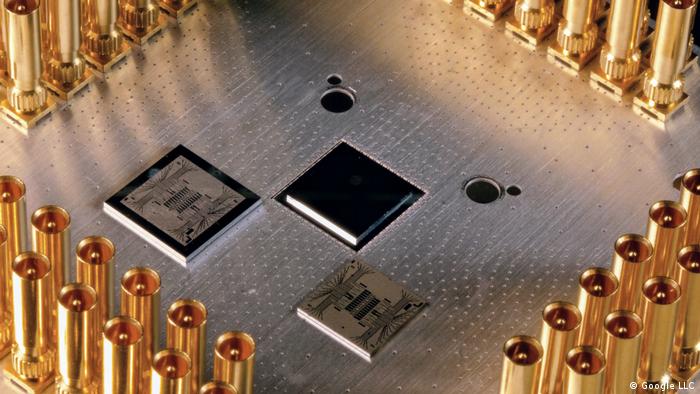 It marks a huge breakthrough in the development of quantum computers: The research team around John Martinis from the University of California in Santa Barbara reported that it had achieved computing power supremacy over the world's largest supercomputers with its own quantum computer. The researchers, who were supported by Google, presented their results on 23 October in the journal Nature.

They report that the quantum computer solved an arithmetic task in 200 seconds... for which a conventional supercomputer would have needed 10,000 years. IBM then contradicted this statement by saying that its supercomputer Summit, currently the world's fastest, could have done the same in 2.5 days. Either way, the quantum computer was still faster.

So, what use is that to us? And what is a quantum computer, anyway? Here are some important points about the admittedly complex technology:

Our current computing world is digital. That means it consists of binary digits, or "bits." In practice, these bits can have either a value of 0 or 1, which represent states of electronic charge on transistors and chips.

In the world of quantum physics, it becomes much more complicated. Here, we speak of "qubits," or quantum bits. These cannot only assume the states 0 and 1 simultaneously, but also all states in between.

To better illustrate this idea, imagine a coin. With a digital bit, the coin is either heads up or tails up ⁠— thus 0 or 1.

Now, for a qubit, imagine a coin that is spinning on a table. It hasn't fallen yet, so you can't decide if it's tails up or heads up.

Erwin Schrödinger described this paradox in 1935, using the example of a cat that is in a box together with a radioactive substance and some poison: At a certain point in time, one cannot tell whether the cat is dead or alive. Consequently, it maintains both states at the same time. Only when one opens the box does the cat take on a fixed state — either it is still alive, or it has already died. In physics, this happens during a measurement — the quantum state then ends. 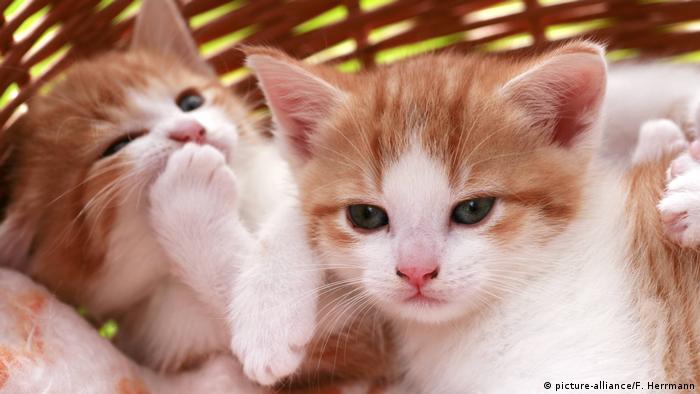 These two may become entangled quantum systems, if placed in two different boxes

This phenomenon can't actually be understood with conventional physical logic. Albert Einstein described it as a "spooky distant effect:" Two quantum systems (such as qubits) are correlated with their states — they have the same state — but only as long as their state is not determined.

In our coin model, this would be like having two coins rotate at the same time. Both, no matter how far away they are from each other, assume the same state. The moment a coin falls on its side and its state becomes fixed, the quantum entanglement collapses.

It's similar with Schrödinger's cat: If you had two boxes of two cats, there could be a quantum entanglement between them, but only as long as the boxes are closed.

Read more: How photon entanglement could secure our interplanetary internet

Because qubits can assume many states at the same time, they are also able to perform more arithmetic operations than conventional bits.

In practice it looks different, though. The whole thing only works if all other conditions are met. The error rate must be minimal. The quantum entanglement between the qubits must work properly. Even the smallest malfunctions will otherwise lead to a breakdown of the computing power. 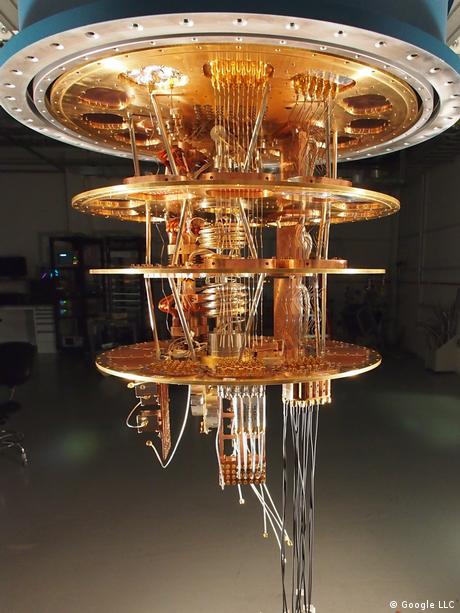 The "chandellier" contains the chip with the qubits.

The challenge for developers is therefore not only to get more and more qubits onto the chip, but also to maintain precision. Google has developed its own error-correcting process for this purpose. It achieves an accuracy of 99.99%.

At first glance, a quantum computer resembles a giant chandelier made of copper tubes and wires — that's also what the experts call the structure, a chandelier.

Its core contains a superconducting chip on which the qubits are arranged like on a chessboard pattern. The Google quantum computer has 54 qubits, albeit one of which did not work.

The qubits on the chip are tiny capacitors made of niobium, which is a chemical element that's as hard as titanium. Their charges, similar to the rotating coins, are made to oscillate. In other words, they have no fixed states. Between them, there are small adjustible couplers. These consist of tiny antennas that respond to microwaves, called resonators

All told, this means the superconducting chip is located in an electromagnetic microwave field. It operates under extreme cold, at temperatures near absolute zero. For the IBM quantum computer, for example, the temperature is 0.015 Kelvin.

Such low temperatures can only be achieved by cooling down the chip with the help of liquefied helium. In fact, only regular helium is not enough. The engineers use dilution refrigerators with a Helium-3/ Helium-4 mix to acchieve the extremely low temperatures.

But does it support Linux?

No. The software for quantum computers cannot be compared — at all — to digital binary computers. To test the performance of their quantum computers,  Google experts developed a complicated mathematical random number sampling task designed to require increasingly complex and larger computing capacities. A classical computer would quickly have been unable to cope with it.

Visionaries hope that quantum computers might one day be able to crack even the most difficult encryptions. They could perform much better simulations, become the core of traffic control systems and other big data applications.

But this is more fiction than science. So far, it is not foreseeable that existing quantum computers could take over any useful tasks that supercomputers already perform.

Research is currently at a point where experts are showing that the principle works. If one were to compare the development of quantum computers with aviation, this would correspond to the experiments by the Wright brothers with a self-made glider. We're a long way from a passenger jet.

It has not yet been proven, for example, that a quantum computer can run stably for hours, days or even years. In addition, quantum computers use a fundamentally different programming logic than classical computers. The software must be specifically designed to make use of the quantum effects that the machine can offer. Otherwise, it is useless.

In practical terms, this means that programmers are currently writing programs exclusively for testing these kinds of computers — and for basic research — but not to solve tasks for the world beyond quantum mechanics. And it will probably remain that way for the next few decades.

Read more: Physics Nobel: What bagels, coffee cups and pretzels have to do with physics