Physics Nobel: What bagels, coffee cups and pretzels have to do with physics | Science| In-depth reporting on science and technology | DW | 04.10.2016

Physics Nobel: What bagels, coffee cups and pretzels have to do with physics

Three theoretical physicists share this year's Nobel Prize. They investigated strange phenomena that occur in the atomic world and which may make quantum computing possible one day. 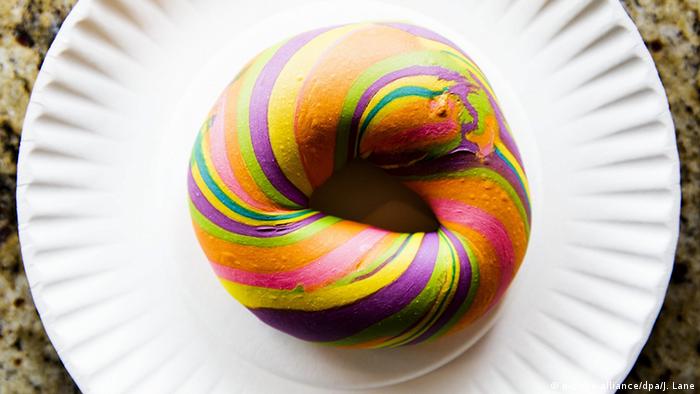 Stockholm is always good for a surprise.

Many scientists and journalists had considered it a safe bet that this year's Nobel Prize for Physics would honor the detection of gravitational waves - it really was one of 2016's biggest scientific findings.

But instead Göran Hansson of the Nobel Assembly announced on Tuesday (4.10.2016) the award would go to three UK-born physicists "for theoretical discoveries of topological phase transitions and topological phases of matter."

The laureates are David Thouless at the University of Washington in Seattle, Duncan Haldane at Princeton University in New Jersey and Michael Kosterlitz at Brown University in Providence.

"Their discoveries have brought about breakthroughs in the theoretical understanding of matter's mysteries and created new perspectives on the development of innovative materials," said the Nobel Prize committee.

"I am very surprised and very gratified," Duncan Haldane said when speaking to the news conference in Stockholm by phone.

Haldane said he had conducted his research a long time ago "but it is only now that a lot of discoveries based on it are happening." 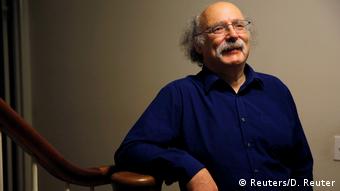 In the 1980s, Thouless, Haldane, Kosterlitz used advanced mathematical methods to explain astonishing phenomena that occur in superconductors, thin magnetic films and other rather unusual matter.

"At the time, my work seemed very abstract," Haldane said, "I didn't think it would ever find a practical application."

The Nobel Laureates opened a door on the research field of topology. Since then a great many physicists worldwide have investigated - and continue to investigate - its future possibilities.

Alexander Altland, a theoretical physicist at the University of Cologne, is very excited about Stockholm's choice.

"They have honored the founding fathers [of a new physics discipline]," Altland told DW. "I am very happy about that."

Revealing the secrets of exotic matter

Journalists at the news conference in Stockholm didn't seem to have much of an idea of what this year's Nobel Prize in Physics is all about.

The laureates' work may still seem abstract to many people - just as Haldane said himself.

"It is very difficult to imagine," admitted Altland.

The laureates' findings may make new materials and practical applications possible in the future, "but they aren't here yet," said Maria Daghofer at the Institute for functional matter and quantum technology at the University of Stuttgart. 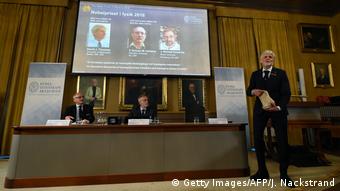 To make the topic more visual to journalists and the public, Thors Hans Hansson of the Nobel Prize committee conjured three baked goods out of a paper bag: a cinnamon pastry, a bagel and a pretzel.

"One might be sweet, one might be salty," Hansson said, "but for topologists there is only one important thing: The cinnamon pastry has no hole, the bagel has one hole and the pretzel has two holes."

You cannot change the number of holes in a pretzel by bending it - unless you break it.

That's why to topologists, a coffee cup is the same as a bagel: both of them have one hole and therefore can be transformed into each other.

It is an enormously popular comparison, Altland said - maybe a little bit too popular.

"We can't stand the bagel [comparison] anymore," he said, laughing.

To understand the concept of Thouless, Haldane and Kosterlitz's discovery, it is necessary to descend into the world of quantum mechanics and that of very tiny things. 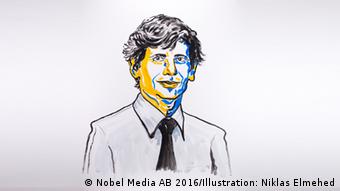 It's a world without solid items, chairs, cars, grains of sand. But matter - atoms and their sub-particles - are made of waves which can be described by mathematical equations.

Those waves "are extremely fragile, though," Altland explained, comparing them to water waves in a swimming pool: anything that interact with those waves, destroys the pattern they form.

"That's why we can't observe quantum mechanical phenomena in our macroscopic world."

The Nobel Prize laureates, though, found a way to stabilize quantum mechanical waves by tying a knot into them.

"Just imagine a rope with a knot. No matter how much you bend this rope, you will never get rid of that knot," said Altland.

It is how new materials with unique quantum mechanical properties become possible.

The materials' properties depend only on their number of knots - or holes.

And that's why a bagel behaves the same as a coffee cup but why a pretzel is completely different - to topologists, that is. 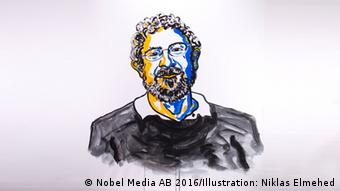 For theoretical physicist, Maria Daghofer, this fascinating theory of topology is worth dedicating your research career to.

Microsoft works with topology researchers to design new kind of computers and other electronics based on quantum informatics, says Altland.

The idea behind it is to switch on and off knots in quantum waves and thus create a new way of storing information - just like with a silicon-based transistor in today's computers.

Other scientists are working on new electrical insulators which conduct electricity only on their surface, and promise exciting applications.

Researchers also hope to build computers which generate less heat while operating. "They could be easily miniaturized and would be cheaper to operate," Daghofer said.

Maybe, thanks to this year's physics Nobel Laureates we won't need giant air conditioning systems working around the clock in server rooms in the future.

The Royal Swedish Academy of Sciences has announced the winners of the 2016 Nobel Prize in physics. Three British-born scientists won for revealing the secrets of exotic matter, the Nobel jury said. (04.10.2016)

Medicine Nobel for Ohsumi: How cells digest themselves

Yoshinori Ohsumi won this year's Nobel Prize in Physiology or Medicine for unraveling the mechanism of autophagy. He showed the amazing process through which cells dispose of their waste. (03.10.2016)