How 25 years of Photoshop changed our perception of reality

This month marks 25 years since the launch of Photoshop. The image editing software has revolutionized the art of photo processing and our perception of reality - from ideals of beauty to media manipulation. 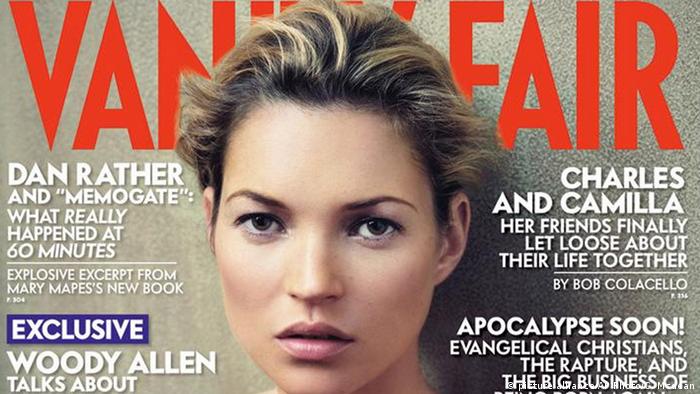 It started as a simple computer program, only able to display a black and white image on a computer screen. Now a quarter century later, Adobe Photoshop is one of the most powerful image editing tools in the world. And the software seems to be everywhere: on our computers and smartphones, social media, in fashion magazines, newspapers and even our subconscious.

Apparently we are so used to photos being modified, altered, filtered and edited, that "un-photoshopped" photos of celebrities shock us and go viral. That's what the recent leak of un-retouched photos of Beyoncé and Cindy Crawford proved.

Seeing these stars as they really are, be it with cellulite or skin blemishes, has triggered a discussion on social media in recent weeks.

Whether the reactions were positive or negative, the recent photo leaks reignited the debate on the ethics of photo editing - something that has become the norm 25 years after the launch of Photoshop.

The ways in which a person's appearance can be changed through Photoshop are endless, from lengthening neck and legs to cutting out ribcages, raising cheekbones, filling in hair and changing skin color.

A video created for the non-profit website Global Democracy shows some of the ways the fashion industry often manipulates images.

"The entire fashion industry is ethically highly problematic," renowned German media scholar Thomas Knieper told DW. "By stretching the legs of stars, shrinking their waists and removing their wrinkles and skin blemishes, people admire them even more and try to emulate them."

Studies show that people who are often exposed to such heavily edited fashion pictures believe that what they see is the norm, which makes it more likely for them to suffer from eating disorders like bulimia and anorexia, according to the media scholar.

"It drives people into depression because they can't meet the requirements of the beauty ideals that are set by the media, not even if they undergo extreme starvation and beauty surgeries, because what is presented to them is anatomically impossible," Knieper said.

'My eating disorder was perpetuated by retouched magazine photos'

That's something Canadian Erin Treloar learned the hard way. She struggled with a major eating disorder as a teenager.

"At age 17, I was 5 feet 11 inches (180 centimeters) tall and weighed 89 pounds (40 kilos)," she told DW in an interview. "My internal organs started shutting down, I lost my hair and I had to be admitted to a hospital program."

Treloar says her eating disorder was largely perpetuated by the media's definition of beauty: "Having a perfectionist nature and seeing what the media defined as perfect and beautiful, I wanted to achieve that."

In order to advocate for change and prevent other girls from going through similar experiences, Treloar, who is now 30 and healthy, launched the petition #LessIsMore. The mother-to-be hopes the signatures she collects will help pressure magazines and mainstream media to reduce the amount of Photoshop they use.

"I know that photo retouching is not going to go away completely and I don't think it needs to," Treloar said. "But what I want to see is that magazines stop retouching the body and faces of the women and men they feature. Fine, if there is a stray hair on the clothing that they're shooting, remove that, or if somebody has a massive zit in the middle of their forehead, deal with that. But stop whittling down waists and adding thigh gaps."

More and more companies are picking up on what people like Treloar are advocating. American Eagle Outfitters' lingerie line "Aerie" recently released the #AerieReal campaign, which only features completely un-retouched models.

"Our Aerie Real message embraces a more realistic image of girls and women. There is no altering in any way, nothing is covered up," Aerie's chief merchandising officer, Jennifer Foyle, told DW via email.

And the campaign seems to work.

'There are no clear regulations'

It's not just the fashion industry that might need to rethink how much Photoshop they're using to manipulate their pictures. Every fifth entry in this year's World Press Photo competition, a prestigious photojournalism contest, was eliminated because it was heavily edited using digital tools like Photoshop.

"But what does that mean exactly, digitally edited too much? Is changing the colors already too much editing?" Knieper asked, adding that clear regulations of how much Photoshop can be used are badly needed.

The same goes for newsrooms and media organizations all over the world. There are no overall criteria for how much news photos can be edited. "Every editorial office has a different definition of what is acceptable when it comes to Photoshop," Knieper said.

Generally, technical edits like adjusting colors, sharpening, and removing fluff are tolerated by most media organizations, according to Knieper. But what's usually considered a no-go is changing the meaning of a picture by creating a montage, removing objects and people as well as adding in new information.

When the media abuses Photoshop 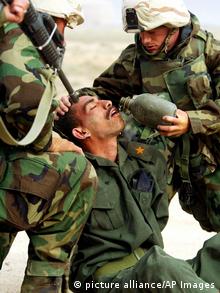 Depending on the crop, the meaning of this picture could be entirely changed

And there are many examples - from "Time magazine" darkening O.J. Simpson's mugshot (triggering allegations of racism) to "The Economist" removing two people from their cover photo of US President Obama on a Louisiana beach during the BP oil spill.

Even by simply cropping a photo in a certain way, the meaning of a picture can easily be changed and its information can be manipulated. A famous example is a picture of two US soldiers in Iraq in 2003. One of them is giving an Iraqi soldier water from a canteen; the other is holding a gun to the Iraqi soldier’s head. Depending on the crop, the US soldiers could either be portrayed as helpers or as aggressors.

Knieper's advice for media organizations is to base their regulations on their audience and what they deem acceptable. After all, he says studies have shown that readers aren't happy about photos being changed too much, especially when those pictures are supposed to carry accurate information.

In the end, Photoshop is a tool and "like any tool it can be used to do good things or bad things," Thomas Knoll, who invented Photoshop with his brother, recently told CBS news in an interview. When used responsibly by the fashion industry, media organizations and the average citizen with a smartphone, Photoshop might remain a great editing tool for the next 25 years to come.

Too ugly, too fat, too tiny - are your looks holding you back? Perhaps what’s really stopping you is how you feel about them. Don't despair: There are several people trying to redefine beauty. (20.10.2014)

He's back! Or is he? Photographs of an apparently recovered Kim Jong Un have raised as many questions as answers. But they may have also put to bed some bizarre theories about the leader's whereabouts. (14.10.2014)

The day the German press became the story

It was dubbed the "darkest hour" in postwar German media history. DW takes a look back at the Gladbeck hostage drama and how coverage of the event 25 years ago shattered the nation and redefined the rules of reporting. (16.08.2013)

Female beauty is often defined by the Western fashion elite in Milan or New York. But more and more German magazines are speaking out against it. Internationally, there are a multitude of different agendas. (22.05.2012)

The Tesla CEO has criticized Twitter in the past, questioning if the platform was truly committed to free speech. Now, Musk says he will make "significant" changes.