In a year of conflict and violence, a romantic photograph of a homosexual couple in Russia took the top photojournalism prize for press photo of the year. Mads Nissen's picture beat nearly 100,000 competitors. 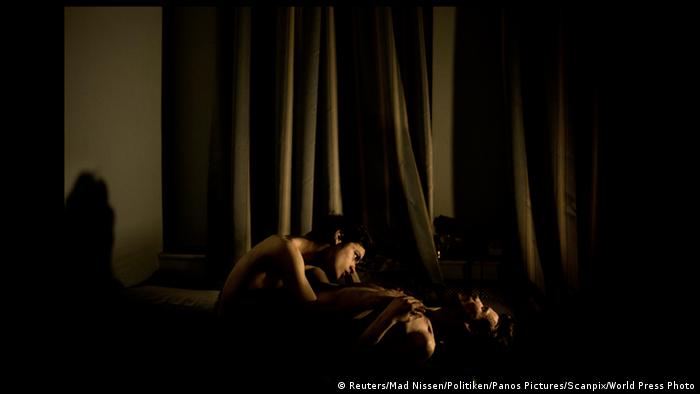 A dark and atmospheric picture of Jon and Alex, a gay couple in St. Petersburg, Russia, won the World Press Photo of the Year for 2014 on Thursday. The photo is a part of a series by Mads Nissen, staff photographer for the leading Danish daily Politiken, titled "Homophobia in Russia."

Nissen's series was meant to highlight the increasing difficulties and discrimination faced by sexual minorities in Russia. The photographer said he sees the image as "a modern-day Romeo and Juliet story" about two people who are in love but facing opposition to their relationship from the outside.

The picture's intimacy is also meant to act as a counter-narrative to the gruesome and violent photographs spread by terrorists in the past year that have garnered major news coverage. Nissen's picture cut a stark contrast to the many images of despair from conflict and tragedy-hit regions like eastern Ukraine, Syria, Gaya, and the West African nations suffering the worst of the Ebola outbreak.

"Today, terrorists use graphic images for propaganda. We have to respond with something more subtle, intense and thoughtful," said World Press Photo jury member Pamela Chen at the presentation of the award in Amsterdam.

The Sports Singles category went to Bao Tailiang on China's Chengdu Economic Daily with a picture of Argentine soccer star Lionel Messi looking at the World Cup trophy after his team lost to Germany in the final in Brazil. 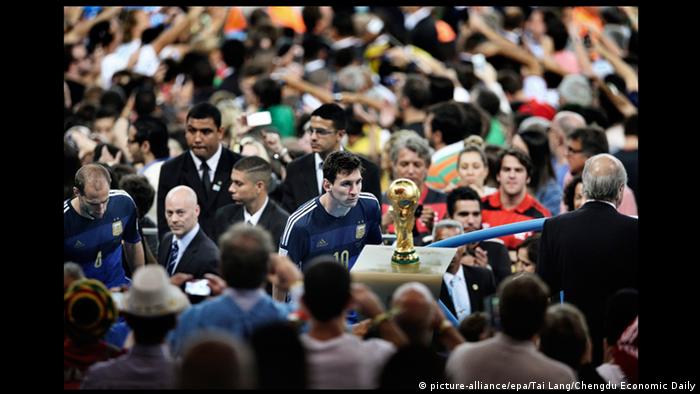 The award's organizers criticized the large number of pictures submitted to the contest that had been manipulated. Jury members said they had to reject around 20 percent of entries that had reached the penultimate round of judging.

"It seems some photographers can't resist the temptation to aesthetically enhance their images during post-processing," said Lars Boering, the contest's managing director of the contest.

A Russian company has removed a memorial to Apple's founder, Steve Jobs, outside a St. Petersburg college "to comply with the country's laws on gay propaganda." The move follows Tim Cook's coming out as a gay man. (04.11.2014)