Around 50,000 people were attending the Astroworld Festival organized by rapper Travis Scott when some of the crowd rushed the stage. Scott said he's "absolutely devastated" by what took place. 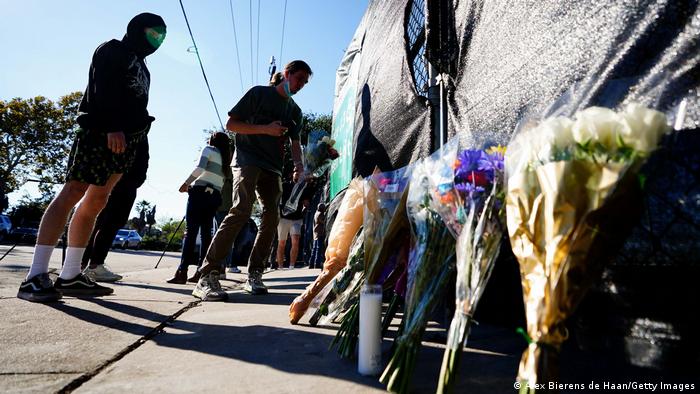 People placed flowers and candles in memory of eight people who died at the Astroworld Festival in Houston, Texas

At least eight people were crushed to death Friday evening during a crowd surge at a music festival in Houston, Texas, local authorities confirmed on Saturday..

Authorities said hundreds were injured, including 11 people who suffered cardiac arrests at the Astroworld Festival attended by 50,000 people in the city's NRG Park.

What happened at the Astroworld festival?

A countdown clock signaled the rapper's arrival, sending fans rushing to the main stage, crushing those at the front and making them fall to the ground, one of the attendees, Jonathan de Leon told Reuters news agency.

According to another person who was at the festival, the crowd surge intensified when rap superstar Drake unexpectedly appeared with Scott on stage.

"People were falling down" into piles, Paul Longoria told Reuters, saying that he saw one woman being covered by three others who toppled after her.

People began to fall unconscious as the surge continued, until at 9:38 p.m. a mass casualty incident was triggered, authorities said. 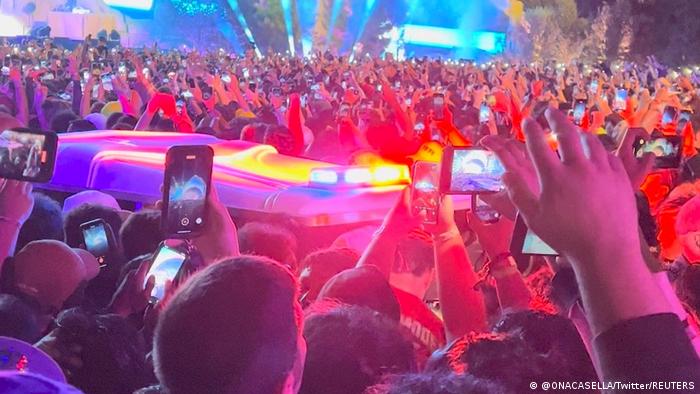 Video footage showed ambulance trolleys making their way through the crowd. Other clips showed paramedics performing CPR on people in the crowd while the performance continued.

"We had at least eight confirmed fatalities tonight and scores of individuals that were injured," Houston Fire Chief Samuel Pena said.

Emergency services set up a reunification center near the park and urged relatives of those who were at the concert to head there.

The dead ranged from the ages of 14 to 27, with 13 people still in hospital on Saturday, Houston mayor Sylvester Turner said.

How did the crowd surge occur?

Those who attended Astroworld said that the festival had descended into  "chaos," with people throwing bottles at chokepoints like COVID-19 test centers and merchandise areas.

The music fans overwhelmed 528 Houston police officers and 755 private security guards as other minor crowd surges occurred during the day.

Medical staff had to administer several doses of anti-overdose medicine Narcan to fans after the chaos subsided, Pena said.

Police have since opened a criminal investigation to find out exactly what happened on the night. 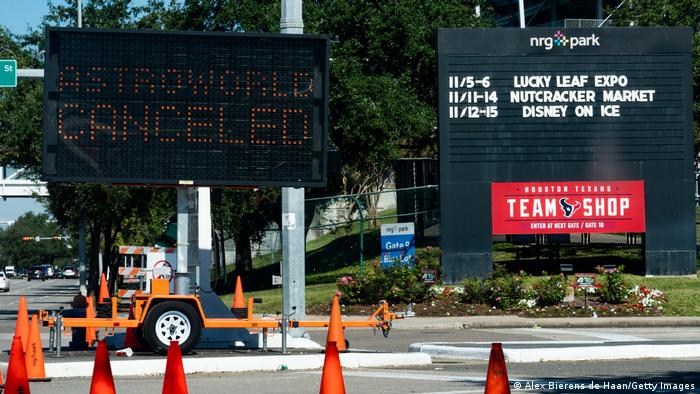 Astroworld promoters cancelled the event after the deaths on Friday night

Seventeen people have been hospitalized, with 11 of being treated for a cardiac arrest, Pena added.

The fire chief said officials did not immediately know the causes of death for those who died, and said a medical examiner would investigate.

The event promoters had arranged for medical units to be on scene. However, once the crowd surge began, those units were "quickly overwhelmed,'' Pena said.

Houston-born rapper Scott said he would support police as they investigate the incident.

"I'm absolutely devastated by what took place last night. My prayers go out to the families and all those impacted by what happened at Astroworld Festival," he wrote on Twitter. "Love You All."

The Houston Chronicle said Scott stopped multiple times during his 75-minute performance when he spotted fans in distress near the front of the stage.

He asked security to make sure they were OK and help them out of the crowd. Astroworld is a music festival created by Scott and launched in 2018.

The 29-year-old rapper, who has a child with reality TV star Kylie Jenner, made his breakthrough in 2013 and has received six Grammy nominations.

The Houston Chronicle said a crowd of 50,000 had attended the two-day event.

The second day of the festival was called off shortly after Friday's incident.