Protesters have called for opposition leader Salvador Nasralla to be recognized as the legitimate president-elect. President Hernandez won re-election in a November vote amid allegations of voter fraud. 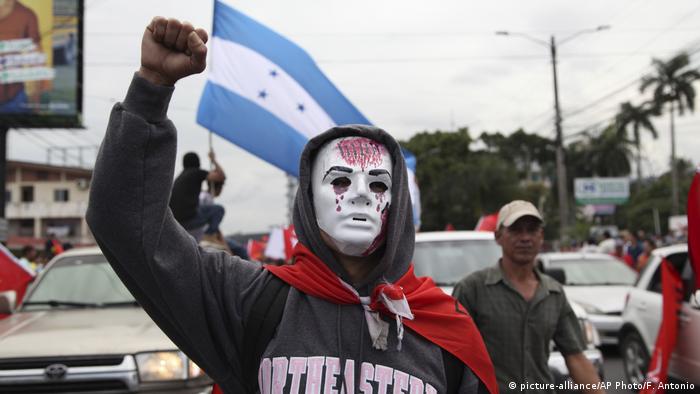 Tens of thousands of people demonstrated against the re-election of conservative President Juan Orlando Hernandez in the Honduran city of San Pedro Sula on Saturday.

Protesters marching in the streets of Honduras' second-largest city called for Hernandez's rival, Salvador Nasralla, to be recognized as the legitimate president-elect.

"The people are not going to put up with this imposition, so that the dictator can stay on," Nasralla said to his supporters.

Many demonstrators called for a national strike and a boycott of Hernandez's January 27 inauguration, saying they instead wanted to hold a symbolic swearing-in for Nasralla on the same day.

Former President Manuel Zelaya, who had backed Nasralla as a presidential candidate, also led the marches. 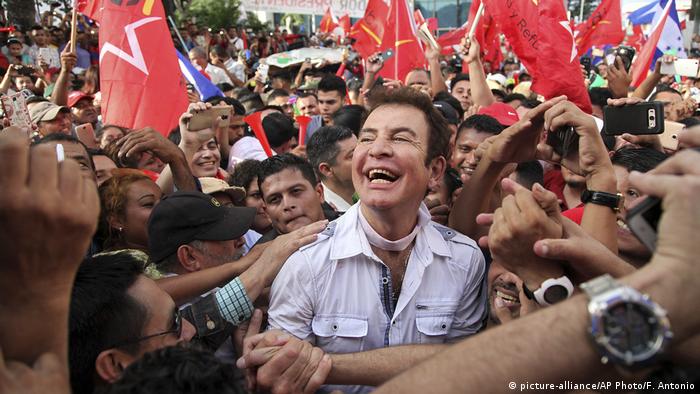 "We won the presidency and we are demanding the triumph of the people at the polls. We will not stop complaining until the government is handed over to the candidate of the Alliance, president-elect Salvador Nasralla," Zelaya said.

Nasralla, who leads the Opposition Alliance Against the Dictatorship, narrowly lost to Hernandez in a November 26 presidential election, winning 41.42 percent of the vote to Hernandez's 42.95 percent.

Hernandez could only stand for re-election after a controversial 2015 Supreme Court ruling which annulled the one-term presidential limit in the Honduran Constitution.

The opposition's attempt to declare the result void via an appeal failed after the country's Supreme Electoral Tribunal (TSE) said there was not enough evidence to warrant an annulment.