Many people in Turkey dread a possible two-thirds majority win by the AKP in Sunday's elections. Gays and lesbians are worried that this could lead to even more stigmatization. Daniel Heinrich reports from Istanbul. 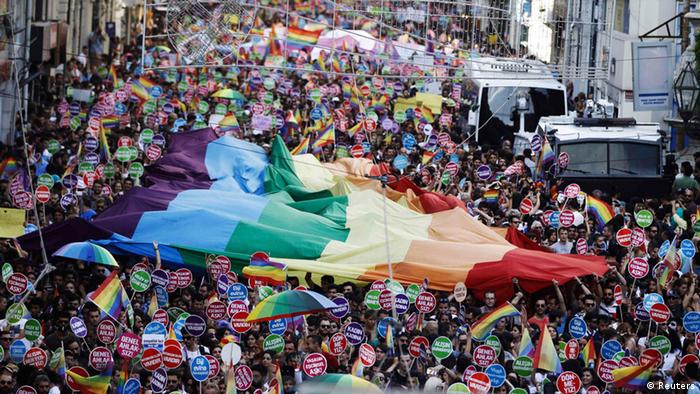 Sedef Cakmak is late when she finally arrives at a café in downtown Istanbul. She looks exhausted, and the dark shadows under her eyes are evidence of the stress she's been under over the last few weeks.

Cakmak has been campaigning in the run-up to Turkey elections, which is always exhausting. But the 33-year-old is under particular pressure: she's the only parliament member in Turkey who is openly gay. She represents the Kemalist Republican People's Party (CHP) in Istanbul's city parliament.

The political atmosphere there is very different from western Europe. Discussions about equal rights for gays and lesbians or the legalization of gay marriage are completely unthinkable for Cakmak. 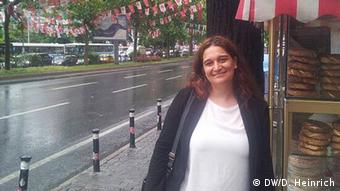 Sedef Cakmak is discriminated against for being a lesbian

"People here commit suicide or are killed by their families for being homosexuals," she says and admits to not feeling safe herself. "My family is very worried for me, my girlfriend doesn't want to hold my hand in public," Cakmak says. "And when you're assaulted, groped or spat at because you're a lesbian and want to report it, the police don't take you seriously - or they even blame you, saying that you did something wrong."

Tolerance during the campaign

Cakmak says she was discriminated against at school, in her own family and at work. Many people in Turkey equate homosexuality with a psychological illness: "If someone has their coming-out, their parents take them to a psychologist."

In the streets in front of the café, volunteers are distributing campaign fliers. The leaflet of the conservative-religious AKP claims to have "20 true answers." On page 17, it says that the party is open to everyone - including homosexuals. This supposed tolerance is illustrated with a photo from the last "Gay Pride Parade." 70,000 people participated in the march through Istanbul last year. Many of them later said that masses like that were the only place they dared to be open about their sexuality.

One of the organizers of the "Gay Pride Parade" is SPoD, an NGO based in Istanbul. Chihan Hüroglu works for them and can't help but smirk when he learns that the AKP claims to fight for the rights of gays and lesbians. 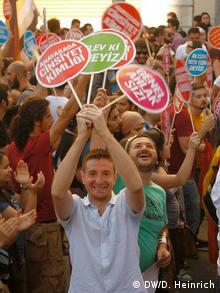 Cihan Hüroglu finds the AKP's sudden tolerance to be a joke

"Normally the AKP wants nothing to do with us," Hüroglu says. "But apparently, it wants to pretend to also be there for us, which is nice." With a wink, he adds: "At least someone on the campaign team addresses our movement."

That, however, has nothing to do with reality, Hüroglu said. He and other activists have started a petition they are asking parliament members to sign to show support for the rights of gays, lesbians, bisexuals and transgender people. So far, 57 out of 550 parliament members have signed the petition. Not a single AKP member is among them.

Alexander Geiger from the Friedrich-Ebert-Foundation often works with SPoD and says that civil society in Turkey is much more socially advanced than the established parties. He cites the protests in Gezi Park two years ago as an example for this.

"They have really played a big part in raising public awareness for equal rights," Geiger said. "Gezi was also about tolerance for different ways of lie. It's become a political statement to support the homosexuals' movement and to fight for a liberal, open Turkey."

A prison for homosexuals

Looking at a new AKP project, it becomes clear how utterly necessary more support from the population for the gay rights issue is: the party is planning to build a separate prison for homosexuals, supposedly to protect gays and lesbians from discrimination.

Sedef Cakmak is appalled by this. "In the end, they're going to build prisons for all minorities: homosexuals, Armenians, Kurds," she says. "This development is too dangerous." Cakmak also worries that the AKP will take even more aggressive action against gays and lesbians if the party wins more votes in the election.

"You can't let fear tell you how to live your life," Cakmak says. "You only have two options: fight or flight. And we activists have long decided to fight."

Polling stations have opened in Turkey's legislative elections. The vote is seen as a crucial test for incumbent President Recep Tayyip Erdogan's plan to push through a new constitution giving him greater powers. (07.06.2015)