While meeting with practitioners of homeopathy from over 40 countries at a congress in Berlin, the German association of homeopathic doctors demanded wider recognition for the 200-year-old alternative medical science. 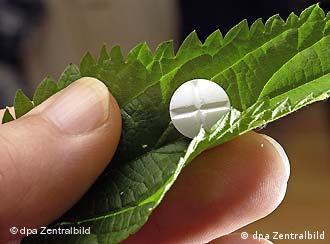 Homeopathy is one of the most popular complementary therapies, with about 100,000 physicians practising it globally. In Germany, the birthplace of homeopathy, about 6,000 physicians specialize in the therapy, which is based on the law of similars -- fighting disease with drugs that provoke similar symptoms.

Around 20 percent of Germans reportedly swear by homeopathic medication. However, this alternative form of medicine is still awaiting official recognition in Germany.

Homeopathic treatment is covered by private insurers, but not by the statutory health system. At the 60th World Homeopathy Congress in Berlin, which wraps up on Saturday, the chairman of the German association of homeopathic doctors, Karl-Wilhelm Steuernagel, criticized the current situation. He argued it was unfair, particularly as homeopathic remedies are often far cheaper than conventional remedies.

German practitioners have long been seeking wider recognition for homeopathy and have filed a suit with the Constitutional Court in Karlsruhe. But experts doubt the case will be decided anytime soon, as unambiguous scientific proof of the efficacy of homeopathy has yet to be delivered. 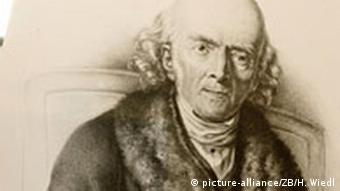 The emergence of homeopathy as a medical discipline is attributed to Samuel Hahnemann, a doctor born 250 years ago in Meissen, Germany. In 1796, Hahnemann proposed a new set of healing principles as an alternative to the conventional medicine of his day.

He developed his theories on homeopathy after realizing that taking quinine to treat malaria produced the same symptoms as the illness itself. Hahnemann also began experimenting in diluting substances, including poisonous metallic elements such as mercury and arsenic, to derive their benefits while avoiding their side-effects.

It's partly the fact that the substances prescribed to patients in homeopathy are diluted to such an extent that they’re no longer traceable that has caused many conventional doctors to regard it with scepticism. Many credit homeopathy with a placebo effect at best.

But visiting doctors participating in the four-day Berlin congress said if this were true, homeopathy would not have survived on such a scale for over 200 years. 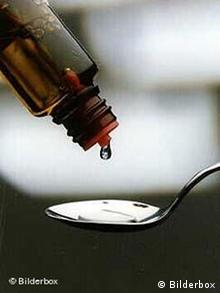 Homeopathic treatment is often sought when conventional allopathic medicine seems to be at a loss -- particularly when it comes to treating chronic diseases.

"It's possible to bring about a cure in chronic illnesses where allopathic medicine can not," said Greek physician George Vithoulkas, a conference participant. "We never claimed we can cure everything but we can help in many cases, especially chronic cases where allopathy has no answer."

Other areas where homeopathy has gained a foothold include the treatment of psychological traumas and drug addiction, where it forms part of a holistic recovery strategy, said Nancy Herrick, a prominent homeopathic educator from the United States.

"I would never attempt to treat a drug patient only with homeopathy," she said. "They need a whole system of support. But we give them something that matches their state. If they had tremendous weakness or trembling, we would give them a remedy which also has those symptoms and it would help their body to cure that weakness so that they would have the courage to withhold from the drugs."

German homeopaths are advocating that the study of homeopathy be included in the curriculum of the country's medical schools, for improved research conditions, and for the establishment of a national institute for complementary medicine. That would help guarantee access to a variety of therapies in the national health system, Steuernagel said.

Germans may no longer be bottling up their problems, but those who do seek to talk about them with a professional don't have it easy -- old taboos and stigmas still plague the tentative step to the couch. (Jan. 19, 2005)

Uninsured in Germany: A Growing Trend

In Germany, more and more people are opting to leave the state-run health insurance plans. But those who do so are taking on the risk of going bankrupt paying for medical treatment. (Oct. 5, 2004)

German doctors have voiced concern about the health of their own profession during a four-day national congress in Berlin, responding to widespread protests over low pay and untenable working conditions. (May 4, 2005)