Holland Prompts Soul-Searching in Germany | Germany| News and in-depth reporting from Berlin and beyond | DW | 16.11.2004

As is the case in other parts of Europe, the murder of Dutch filmmaker Theo Van Gogh has prompted some serious soul-searching in Germany, where politicians of every stripe are mulling integration. 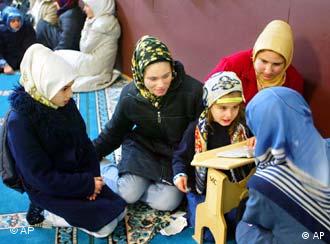 The social inclusion of young Muslims is key, say politicians

Two weeks following Van Gogh's murder on an Amsterdam street by a suspected Islamic fundamentalist, Germany's political class has voiced concern about the country's own difficulties integrating its Muslim population.

It was an oft-quoted line in newspaper editorials this week as the country once again re-examined its often troubled relationship to the 2 million Muslims that call Germany home.

The country's top policeman, Interior Minister Otto Schily, warned others not to overreact to news of mosque burnings and tensions in Holland. He said Germany's new immigration law, which offers integration measures such as language classes to earlier as well as current generations of immigrants, was an important step towards cultural understanding. 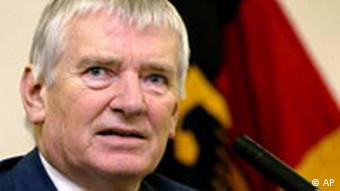 "There is, of course, also a danger for us, although we have significant integration successes to show," Schily (photo) told the German public broadcaster ZDF. "We shouldn't minimize those."

Conservative politicians used the opportunity to warn of an impending "clash of civilizations" that could very well take place on German soil. The head of Bavaria's Christian Scocial Union, Markus Soeder, said the events in the Netherlands showed the need for a leitkultur in Germany. The politically-loaded word can be translated as a "leading" or "guiding" culture.

"When we look at the recent events in the Netherlands, we see a clash of civilizations in full, and we must prevent anything similar from evolving here," said Soeder. "We need a change in our integration policy which ought to be based strictly on the values and notion of a modern Christian Society."

Terrorism investigators have estimated that there are about 1,000 radical members of the country's Muslim community that are prone to violence. Like their counterparts in Holland, they are members of radical mosques where Imams rail against Israel and Western society.

Bavarian Interior Minister Günter Beckstein said the Imams must no longer be allowed to preach hate under the protection of the laws of German society.

"The enemies of freedom must not be allowed to use our liberties in order to harm us," said Beckstein. "And there has to be a policy of zero tolerance towards them." 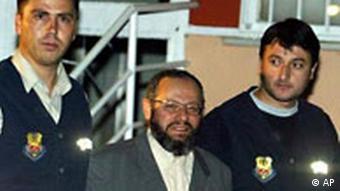 Bringing young Muslims into the fold

But two trials against suspected accomplices of the band of Hamburg terrorists that carried out the Sept. 11 terrorist attacks have ended in acquittals. And the appeals don't look to swing in the government's favor.

Though a hard line against potential fundamentalists is preferable, politicians like the Green Party's Volker Beck said the opposite should be done for moderate, young Muslims.

"Social exclusion and disintegration make young Muslims vulnerable to radical ideologies and hatred," Beck said. "The way out of this dilemma is not to brand them as outlaws, but rather to let them participate in German social life."

The recent string of violence between ethnic groups in the Netherlands once again shows the need to address rather than ignore problems of integrating foreigners into European societies, according to DW's Klaus Dahmann. (Nov. 12, 2004)