Hitler's lie about the Olympic 'village of peace'

Located a few kilometers outside Berlin is the former Olympic village from the 1936 Summer Games. For decades, this icon of Nazi propaganda architecture was in decay, but now it is being turned into a museum. 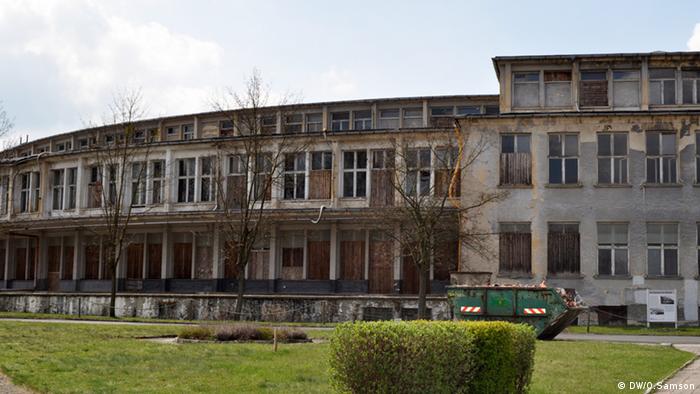 The Nazis wanted to show the world what it had never see before. It took two years to build the Olympic village some 14 kilometers outside Berlin for the 1936 games. The architect behind the plans was Werner March, who had also built the Olympic stadium for Hitler. The village was set up to be a combination of state-of-the-art comfort and a seemingly idyllic world for the propaganda purposes of the Nazis.

There's an artificial lake which, at the time, was supplied with the appropriate birds from the Berlin zoo. An artificial hill provided a backdrop for an outdoor café. There was a heated swimming pool, countless houses for the athletes, a canteen with 40 rooms, a reception building with it's own bank and postal service and a special building for culture, dance and the screening of propaganda movies.

Ruins turned into a museum 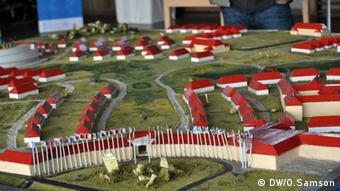 The village hosted some 4,000 athletes

"A lot of effort was invested in this," says Siegfried Schreiner. "Hundreds of trees were planted. At the request of Finland, they even set up a sauna house." Schneider knows all the facts and stories about the Olympic village: How many square meters of earth were moved, which foods were served, and so on.

For the past three years, Schreiner has been working as a guide at the site, showing tourists what has remained of the 1936 village. For years, there was nothing to show but ruins. In communist East Germany, the area was used by Soviet troops; later, it was abandoned and left to decay.

A number of investors' ideas failed to be realized until, in 2006, a foundation took over with plans to turn the site into a museum. Instead of the wild boars running around the historic training sites, there are now explanations for visitors, and some of the buildings have been partially renovated. 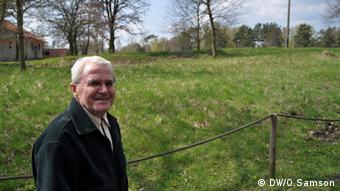 The place still has a picturesque beauty – although the lake has long since dried up and the sauna and café are in ruins. Only a few tourists come to the village. The site is not yet part of the standard program for tourists visiting Berlin. Without guides like Schreiner, people could easily get lost on the vast grounds. The guides are available from April til October and also give tours in English.

The lie about the "village of peace"

Hitler wanted to use the 1936 games to present a peaceful Germany to the world. The Olympic village was part of that plan and boldly called the "village of peace" - a name could not have been more misleading.

"From the very beginning it was clear that after the Olympic games, the German army was to use the site," says Schreiner. Just next door was a military training ground. Basically, the "village of peace" was part of Hitler's plan to build up Germany's military machine. 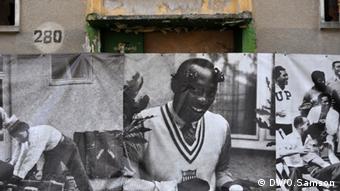 Jesse Owen's former house is already open to the public

The roughly 4,000 athletes from 49 nations knew little about all that. They enjoyed a level of comfort almost unheard of at the time. Each of their housing units had a terrace and even a telephone. There was hot water and central heating.

A marching band played on a daily basis, but there were also performances of the Berlin Philharmonic Orchestra, or the ballet. One of the performances, in fact, became the first ever live television broadcast.

The high point of the tour is the house of Jesse Owens, the unrivaled superstar of the 1936 Olympics. On the small wooden desk in the originally reconstructed room stands a photograph of the US athlete. He won four gold medals at the games and became the biggest sports hero of his time – while the Nazis hated him for being black.

Not far away is the huge former canteen which, during World War II, served as a military hospital. Today, the windows are boarded up and the paint is peeling off the walls. There still is a lot left to fix at the former Olympic village for it to look the way it should to be a museum.

Bavaria has said it will reprint Adolf Hitler's "Mein Kampf" before its exclusive rights to the book expire. The state aims to hinder political abuse of the text and encroach on future publishers' commercial prospects. (24.04.2012)

The Krupp dynasty - glorified and vilified

Two hundred years ago, Friedrich Krupp opened a steel foundry in the Ruhr Valley, laying the cornerstone for a legendary industrial empire. The Ruhr Museum in Essen traces its complex history. (10.04.2012)

Germany and its southeastern neighbor have had a checkered past. But 20 years after a friendship treaty, war wounds appear to have largely healed. That's a good thing as the German Chancellor visits Prague. (03.04.2012)