The Krupp dynasty - glorified and vilified

Two hundred years ago, Friedrich Krupp opened a steel foundry in the Ruhr Valley, laying the cornerstone for a legendary industrial empire. The Ruhr Museum in Essen traces its complex history. 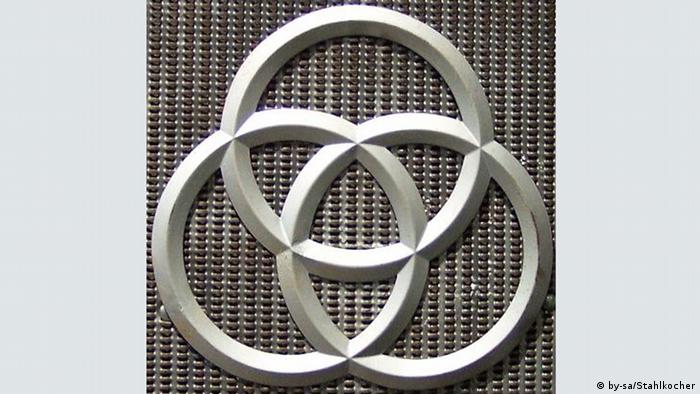 Few people know that the famous Krupp dynasty actually began in the Netherlands. Arndt Kruipe is the first name in the family chronicles of what was to become an immense Essen-based empire. Kruipe was a merchant who sold a variety of goods – from ironware and wine to food, livestock, and real estate. He arrived in the Ruhr city around 1587 and accumulated considerable wealth.

But the fabulous rise of the family began much later, when Friedrich Krupp set up a cast steel works in the early 19th century in Essen. At first, it took some time for the business to become a success and Friedrich himself died in 1826, deeply in debt.

The breakthrough came under his son, Alfred Krupp (1812-1887), born in Essen, who came up with an ingenious method for casting seamless, no-weld railroad carriage wheels. The steel wheels sold like hotcakes across Europe and North America and are found today in the three rings of the company logo.

To research Krupp history and make it accessible to a broad public, the curator of Essen's Ruhr Museum Theodor Grütter and his staff examined nearly 7,000 artifacts, including photographs, films, documents and family heirlooms. Some 1,500 of these are now on display at the museum through November 4, 2012. 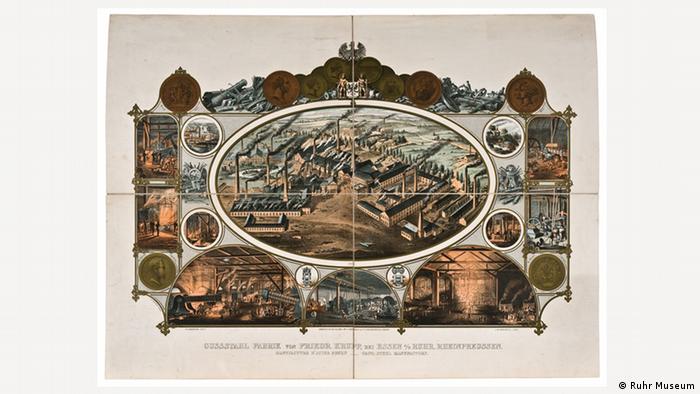 Krupp was among the first to use advertising, as in this pamphlet for the Krupp Cast Steel Factory

The Krupp family business, already an early global player in the burgeoning industrial era, then also benefited from weapons manufacturing. The company was a key supplier of gun and mortar shells, as well as cannons, as early as the Franco-Prussian War of 1871. Much of Germany's military superiority was due to Krupp's steel cannons, earning Alfred the dubious nickname of "Krupp, the cannon king."

During World War II, Krupp industries were also major weapons suppliers to the Nazis, a fact that has tarnished the family name ever since. The wars gave Krupp steel an ideological overtone that made it more than just a key industrial material - associating it with death and destruction.

Steel wheels and weaponry brought the Krupp family enormous growth, expanding the company from four employees, when it was founded to 75,000 when Alfred Krupp died in 1887. More than 20,000 of these were in Essen.

Alfred Krupp did not rest on his laurels. Being a clever salesmen and savvy media strategist, he introduced a successful marketing plan long before the concept of advertising even existed. Alfred used world expositions to reach a wider public and invested in early photography. Later, in-house laboratories celebrated technological advances.

In 1906, Krupp set up the world's first known company archive, and to celebrate the firm's 100th anniversary, Alfred spent the equivalent of 60 million euros ($78 million). 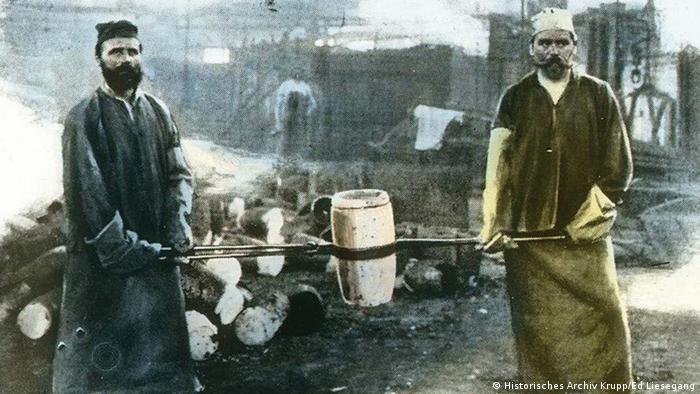 Krupp introduced many innovations to the steel-making process

The Krupp management also tried to demonstrate social responsibility. It took care of permanent employees and trained them. Hospitals, schools and libraries were set up for good workers.

This was not just charity - it was also demonstrated some far-sighted business acumen. Only the best workers received the coveted benefits. "The permanent staff was never more than 10 percent of the workforce," says museum director Grütter.

These privileged workers kept their jobs even during bad times, and their special training ensured high productivity and expertise. This model also served as a constant incentive to the rest of the workers.

For Grütter, the social commitment of the Krupps is an important element of the family history and shows that "there is a kernel of truth to the clichés, but that the rest has been invented."

To accuse the Krupps of cold calculation is too simplistic, says Grütter. Margarethe Krupp (1854-1931) took two hours each day to receive people in need and help them out with clothes, dishes and other everyday items. Self-interest and humanitarian actions stood side-by-side.

Neither choirboy nor warmonger

During World War I, the Krupp family business concentrated on producing armaments; a policy that nearly drove the company into bankruptcy after the war was lost. In the Nazi era, Krupp was much more cautious than most people think, notes Grütter.

Though Krupp did cooperate with the Nazis, he kept half of his manufacturing facilities focused on non-military goods. The indictment and conviction after World War II for cooperating with Hitler and using forced labor was certainly justified. But what is more mystifying is that other business magnates who did the same were not indicted. This too is a reflection of the "Krupp legend," which always seemed to swing between glorification and vilification. 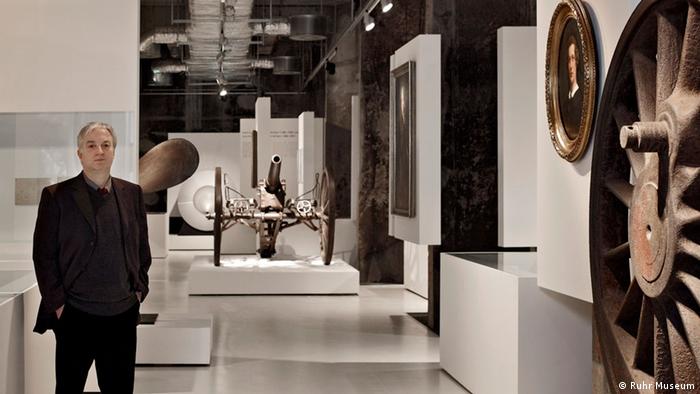 The Krupps were more complex than the cliché, says Museum Curator Theodor Grütter

The most interesting question for museum curator Grütter is how the Krupps managed to thrive for so many years. The answer, he thinks, lies partly in the continuous development of innovative industrial processes, the rapid implementation of ideas and the intensive use of their own research facilities.

But on another level, Grütter thinks Krupp had a decisive advantage in an age-old entrepreneurial ideal: prioritizing the long-term existence of the business and the family over short-term profit maximization. In the large Krupp family tree, it turns out there were no squanderers to fritter away the fortune.

Germany's largest steelmaker has booked a huge loss in the first financial quarter of this year. A global slump in steel demand has weighed heavily on ThyssenKrupp's performance. (14.02.2012)

The takeover of ThyssenKrupp's high-grade steel group Inoxum by Finland's Outokumpu will create the world's largest stainless steel producer. But the move will cost hundreds of jobs in Germany and elsewhere. (01.02.2012)

German steel giant ThyssenKrupp won't see a profit from its new overseas operations this year, company CEO Heinrich Hiesinger has told shareholders. Reports say a sell-off of the loss-makers could be imminent. (20.01.2012)