Southeast Asian artists rarely hit it big in Western charts, but not for a lack of talent, says hip-hop label owner Jason Schadt. The Canadian emcee settled in Malaysia, leaving behind the insularity he observes at home. 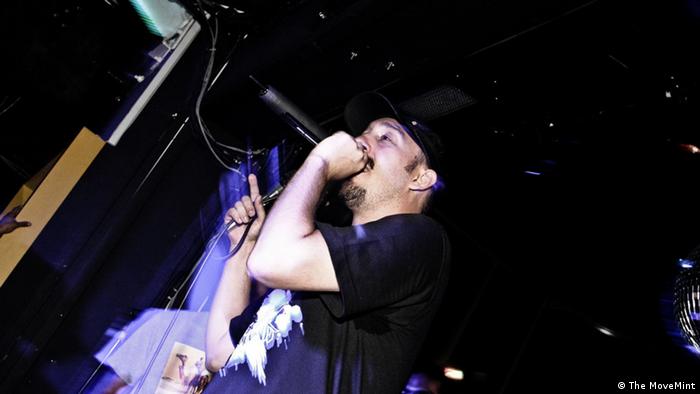 Malaysia is home to one of Southeast Asia's most vibrant music scenes, reflecting the country's ethnic mix of Malay, Chinese, Indian and indigenous populations. The local scene is what drew Jason Schadt, a Canadian emcee and label owner, to settle in capital Kuala Lumpur nearly 10 years ago after frequent visits since 1999.

Though Kuala Lumpur is a creative stronghold in the region, it's exceedingly rare for one of its artists to crack the international charts. One notable exception came in recent years with Malaysian singer-songwriter Yuna, who has built up a career in the West and collaborated with star producer Pharrell Williams.

DW sat down with Schadt, whose stage name is Vandal, to get an insider's take on urban genres in Malaysia at this month's Midem music industry conference in Cannes, where music from the country was showcased in a concert evening at the four-day event.

DW: What differences in influence and style have you seen since arriving in 1999 and now?

Jason Schadt: When I first arrived, the hip-hop scene was just coming up. There was a strong independent record label called Positive Tone. They had rock bands, and they had one of the big hip-hop acts of the time, which was Poetic Ammo.

And then along came a group called Too Phat, and they really kind of changed the scope of hip-hop in Malaysia. They were the first to combine hip-hop with both traditional Malay sounds and the Malay language.

With the influence of the Internet and YouTube, as it developed, there was a real sort of explosion of hip-hop in Malaysia. Before, most of them would do English. Now, they've really kind of evolved into doing Malay. There's Chinese rappers; there's Tamil rappers. And then you have also your English rappers, as well.

Given Malaysia's diversity, do you see a lot of self-segregation along ethnic lines in the hip-hop scene?

You tend to see segregation. It's mainly due to language because the common language would be Malay, and then after that would be English. The Malays or the Chinese or the English-speakers - they won't speak Tamil. So, you have the linguistic barriers, which creates segregation.

But I've noticed within the hip-hop scene over the last couple of years, we've managed to bring together the different communities - the Indian, the Chinese, the Malay and English hip-hop communities have all come together now, and they're starting to collaborate. They do events together. They perform together.

So, I've witnessed hip-hop being a uniting force for the different language groups.

Can you put Kuala Lumpur's scene into context in Southeast Asia? Is it unusually active, and does it draw in artists from other countries?

Malaysia's hip-hop scene could be considered the most diverse in Southeast Asia. It might not be as big as, say, the Philippines or Indonesia, but in regards to language and cultural context there is quite a variety - especially in English.

There have been collaborations between Malaysian artists and others - from Singapore and Indonesia, mainly. The Malaysian hip-hop scene also has a number of foreign artists involved - mostly international students from Africa and other parts of Asia, and some from North America as well, which reflects the diversity of the scene. 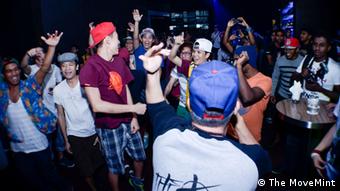 Hip-hop exploded in Malaysia with the spread of the internet, Schadt says

Who are some of the artists out right now that you'd recommend?

Artists like Karmal and 5Forty2 in Malay. SonaOne - in English and Malay. Illaiya Hustlaz in Tamil. Then there's Double Call - Chinese hip-hop, which is just starting to emerge from Malaysia.

There's also the foundation artists like Altimet, Joe Flizzow and Yogi B - these guys who have been doing it already for quite some time - since I was first starting coming to Malaysia. They've already established themselves within the industry.

It's rare that artists from Southeast Asia get any kind of mainstream play in the West. Do you see much interest from Western labels in Malaysian artists?

Not for hip-hop. In terms of hip-hop artists, it's very difficult because there's so much competition everywhere, all over the world. In Malaysia, English is a second language, so if they want to compete, they're competing against native English speakers who have that experience and have the foundation of the culture already established - for example, in the States and in Europe, even in Japan.

Actually, Japan is an interesting example of a hip-hop scene that was able to break out, but not in North America so much - maybe more in Europe. But it's still got a long way to go for the Malaysian emcees to make a mark internationally. I think the talent is there, but it's not ready yet.

Is that because Western audiences simply aren't open to it - because Malaysian artists perhaps seem too foreign to them to identify with?

There's that, as well, especially when it comes to the music and entertainment industry. For example, the US and Canada are very insular, so you just have a focus on the artists from there. And that really goes down to each city in itself. Coming from Toronto, I've witnessed it first-hand. Toronto is very Toronto-centric; we don't really have artists who aren't North American who come to Toronto and perform and who are able to draw a crowd.

Musician Stromae emerges as face of a 'new' Belgium

Stromae, who won best male artist at the French music awards over the weekend, is not only the most successful musician in the French-speaking world. He's also the epitome of modern Belgium. (19.02.2014)

Particularly in China, Maximilian Hecker is venerated by fans as a major pop star. But at home in Germany, he's a musician who can't seem to get a break. Why? And is he alone? (09.01.2014)